Billionaire Beach here I come! Malibu is the celeb capital of California – but don’t let that stop you, it’s just a case of knowing where to go…

James M. Cain, the prolific pulp fiction author of The Postman Always Rings Twice, wrote that ‘whatever else may be said about Malibu… it is probably the finest beach ever created’.

Cain was writing in the Thirties, but his description might not be too far off today. 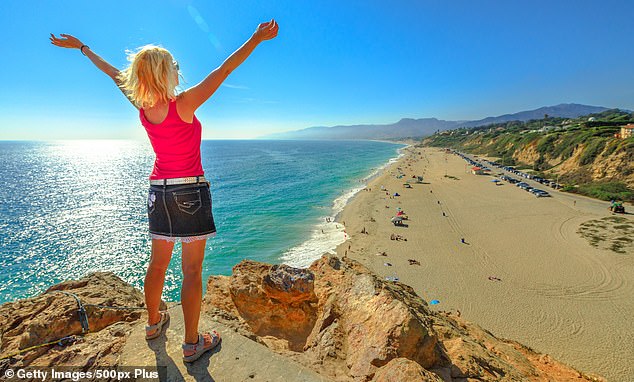 The City of Malibu, or the ‘Bu as the locals affectionately call it, is less than 20 miles from Los Angeles, just off the Pacific Coast Highway. It has a curious history. Colonised by Spanish explorers in the 16th century, the mostly inaccessible and deserted land was acquired by the wealthy Rindge family in 1892.

To fund their protracted (and ultimately unsuccessful) legal battle to prevent a coastal highway being built through their property, May Rindge ended up leasing a one-mile tract of Malibu beachfront to Hollywood movie stars in 1926.

It soon became the most desirable part of LA (there is a famous photo of Charlie Chaplin, Mary Pickford and Douglas Fairbanks Jr, racquets in hand, playing on the first tennis court here).

And so the Malibu Movie Colony was born. Over 90 years later, the Colony is still going strong, replete with starry memories, such as Jane Fonda throwing legendary all-night parties and Robert Redford watching Mary Tyler Moore walk down the beach and knowing he had found his lead in Ordinary People.

But there’s a price to be paid for all this high life. In Malibu, that means floods, landslides, earthquakes and fires. Last November, the Woolsey Fire destroyed almost 100,000 acres of land, killing three people.

Malibu Colony Beach is now a gated community, and is still the priciest part of Malibu, with houses selling for up to £20 million. But the beach is accessible to the public and is a lovely place for a stroll and picnic. 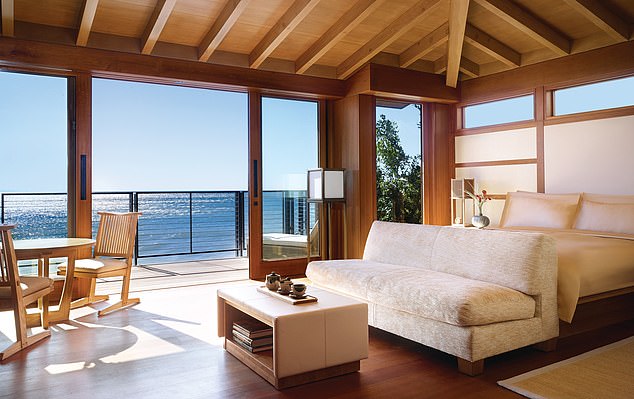 The swish Nobu Ryokan Hotel, where rooms start from £1,589

Edward Norton and Jim Carrey have houses nearby. Last autumn, Pamela Anderson offered her contemporary style home here for rent for the princely sum of £32,000 per month. If that’s beyond your budget, just head down the coast to Leo Carrillo State Park with its 1.5 mile long beach that has featured in the Rockford Files, Cast Away and Grease.

Damaged in the Woolsey Fire, the campground here has just re-opened, and is the most cost-effective and scenic place to stay. Neptune’s Net is a biker bar and seafood shack that has appeared on-screen countless times from Point Break, The Fast And The Furious to Iron Man 3.

Another great shack on the beach is Duke’s, named after the legendary Hawaiian surfer, Duke Kahanamoku. With its surfer themed décor, Hawaiian cuisine, occasional Tahitian dancers, barefoot bar and views of dolphins playing offshore, diners are guaranteed a fun time.

One unmissable stop is Carbon Beach, known as Billionaires Beach. I stroll past the houses of John Travolta and Courteney Cox. Even on this sunniest of afternoons, it is relatively empty. A couple of days previously, ex-LA Galaxy star, David Beckham was spotted surfing here.

At the end of the beach is the charming Malibu Farm Pier Café. I recommend the delightful Swedish Mini Pancakes and Malibu Blue Nachos, neither of which cost a fortune.

The best way to star spot is to have a sundowner at Nobu’s Malibu outpost on Carbon Beach. On the evening I am there, local resident Cindy Crawford is sitting at a table having dinner, but for mere mortals like me, there is a month-long waiting list. 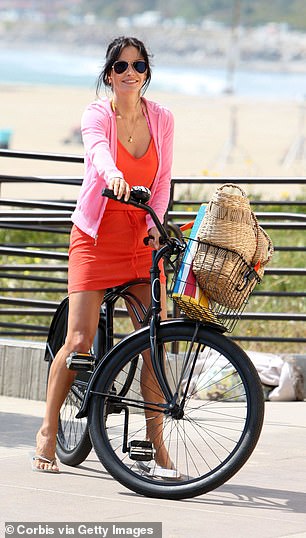 One way to avoid that waiting list is to stay next door at the spectacular ocean fronted hotel, Nobu Ryokan Malibu. One of the many perks of this beautiful Japanese-style hideaway with its lush garden, swimming pool and outdoor fireplaces, is room service from Nobu. But there’s a price to be paid here, too — with rooms starting from £1,589. Yes, that’s right.

A cheaper option is The Surfrider, a 20 bedroom boutique hotel. It sits above the mile-long Surfrider Beach that offers some of the best surfing in Malibu, and featured in the Seventies surf classic, Big Wednesday.

The rooftop bar and restaurant is buzzing with day-trippers. For many years, Neil Young’s Crazy Horse Saloon was next door, so the Surfrider owner has some eye-popping stories about Bob Dylan, The Doors and Jimi Hendrix partying late into the night.

Another good option is the Malibu Beach Inn with a scenic terrace restaurant and bar, as well as an alluring spa.

Just down the road is the trendy dining and shopping hub Malibu Country Mart.

A couple of months ago, Jerry Seinfeld was spotted popping into Malibu Kitchen while filming his cult TV series Comedians In Cars Getting Coffee. My Uber driver, a camera department technician, takes me a few miles up the coast to the picturesque Point Dume State Beach.

More than 50 years ago, the memorable finale of Planet of the Apes was filmed here. It’s where Charlton Heston discovers the Statue of Liberty half buried in the golden sands.

The Surfrider Malibu has rooms from £289 thesurfridermalibu.com.

Lady Liberty is long gone, but luckily Geoffrey’s Malibu is a short walk away. Sinatra, JFK and Marilyn Monroe all dined here.

It is a special place for lunch, where every table has a panoramic view of the ocean.

Few of us will ever afford to live in Malibu but spending a couple of days here — or even a few hours — is a good introduction to how the other half lives.

Frank Mannion’s film, Blue My Mind, will be in cinemas on June 21.