Two men were reportedly left with blood on them, which also hit the walls and the window of the plane. 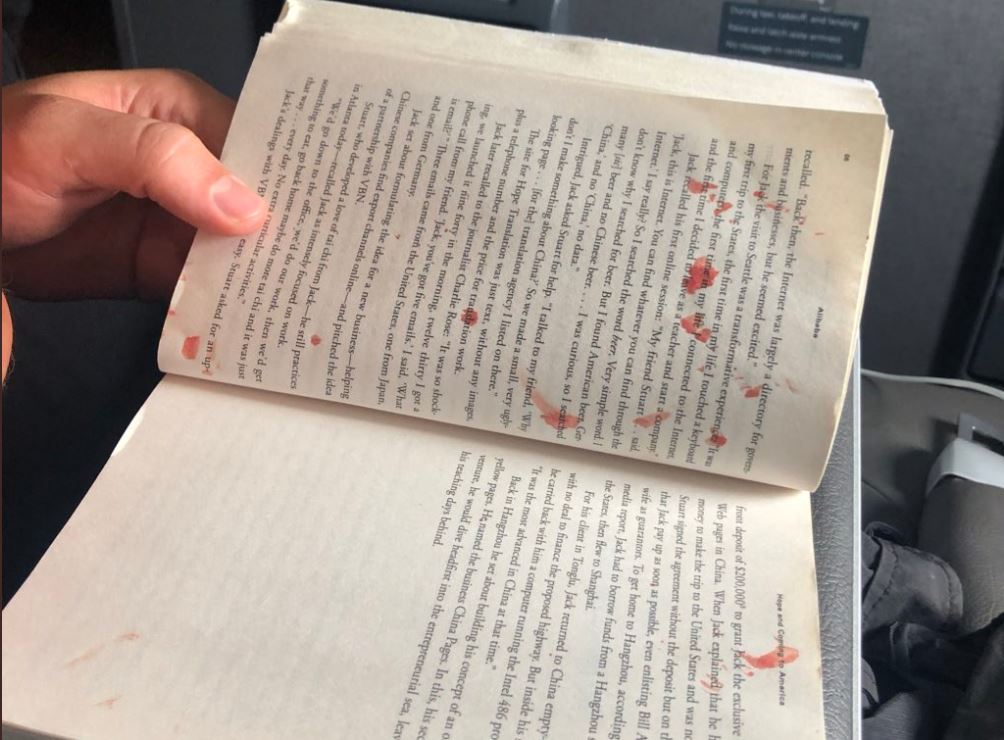 US talk show host Andy Slater revealed the horrifying turn of events on Twitter after travelling to Miami.

He explained: "Bloody mess on my flight to Miami.

"Woman in aisle seat has blister on her foot pop. Blood splatters across aisle, including on the two guys in front of me, one of their books, and the window."

Andy then shared an image of a book with blood stains on it, adding that flight attendants said fire crew would have to meet the flight when it landed. 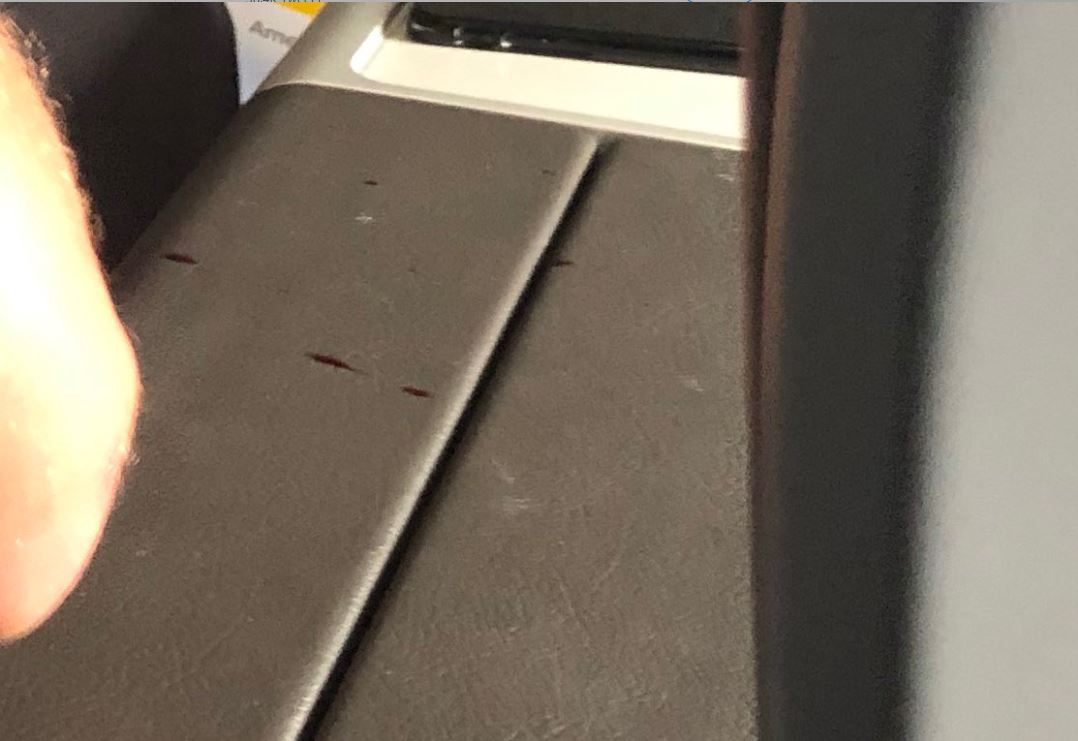 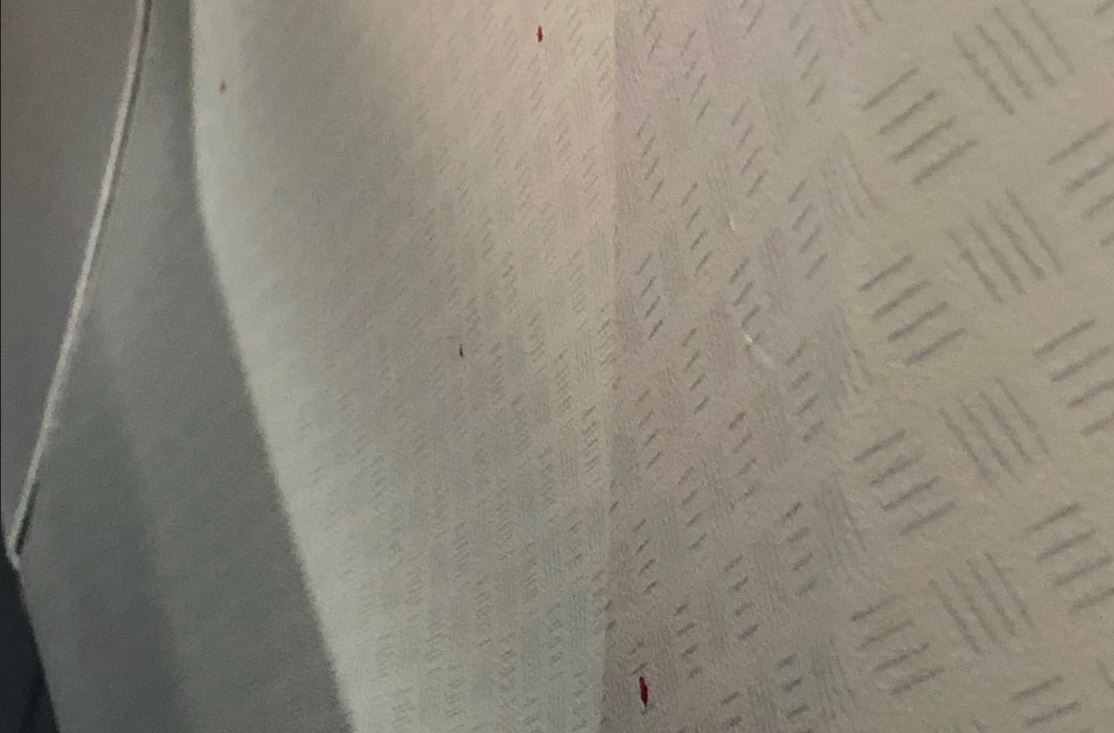 He continued: "She’s barefoot and was wearing these flip flops at one point. Hoping this blanket goes in the garbage."

In a video, an AA flight attendant explained to the woman: "Due to US policies, we need the three of you to speak to the paramedics because of the blood."

He apologised to the passengers while leading them out of the plane to the paramedics and fire crew, as the woman could be heard saying she had just a two hour layover.

Andy also shared images of how far the blood went, explaining it went onto the passengers, the arm rests and the wall of the plane. 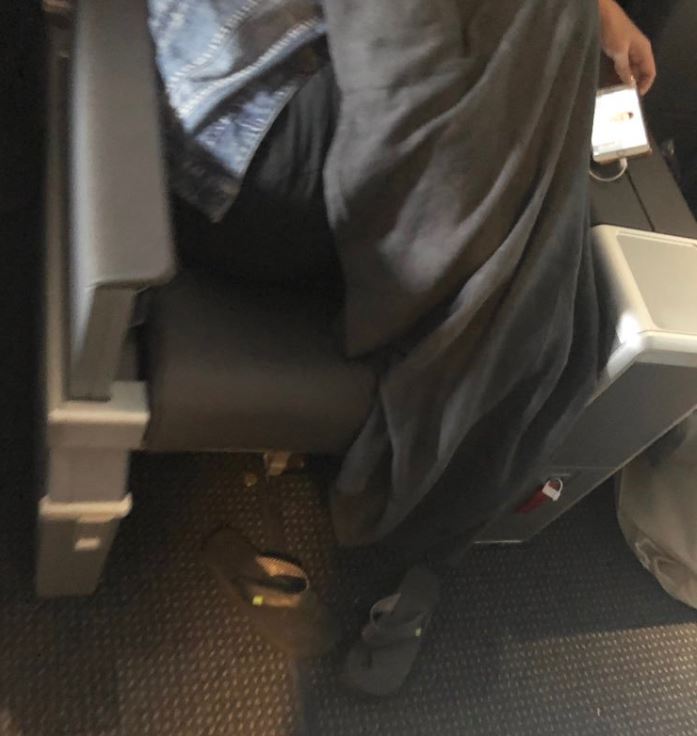 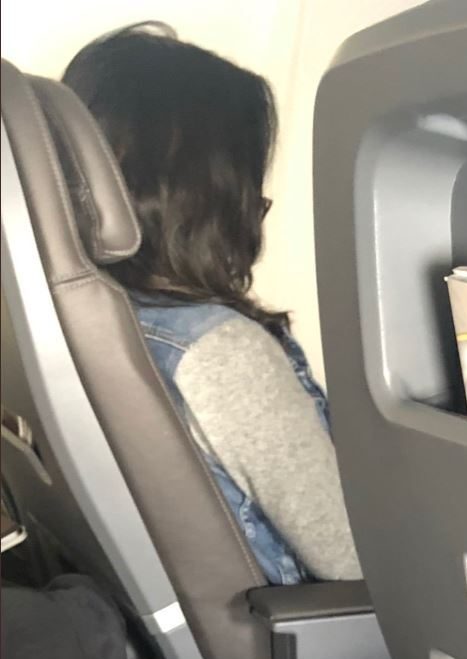 One man wrote: "Hell no. Burn the plane and every article of clothing. Then an acid bath or something."

Someone else added: "She must have been poking at it, blisters don't just pop with velocity to spew across the aisle on their own."

The plane departed 30 minutes late on its next flight.

An American Airlines spokesperson told Sun Online Travel: "Due to a medical-related issue that occurred in flight, American requested medical personnel meet American flight 1128 upon its arrival in Miami on Sept. 18.

"We thank the American crew who took great care of our customers on flight 1128."

A man was shamed after his leg wound was oozing pus during a flight.

The wound was caught dripping onto the cabin floor, much to the other passenger's horror.