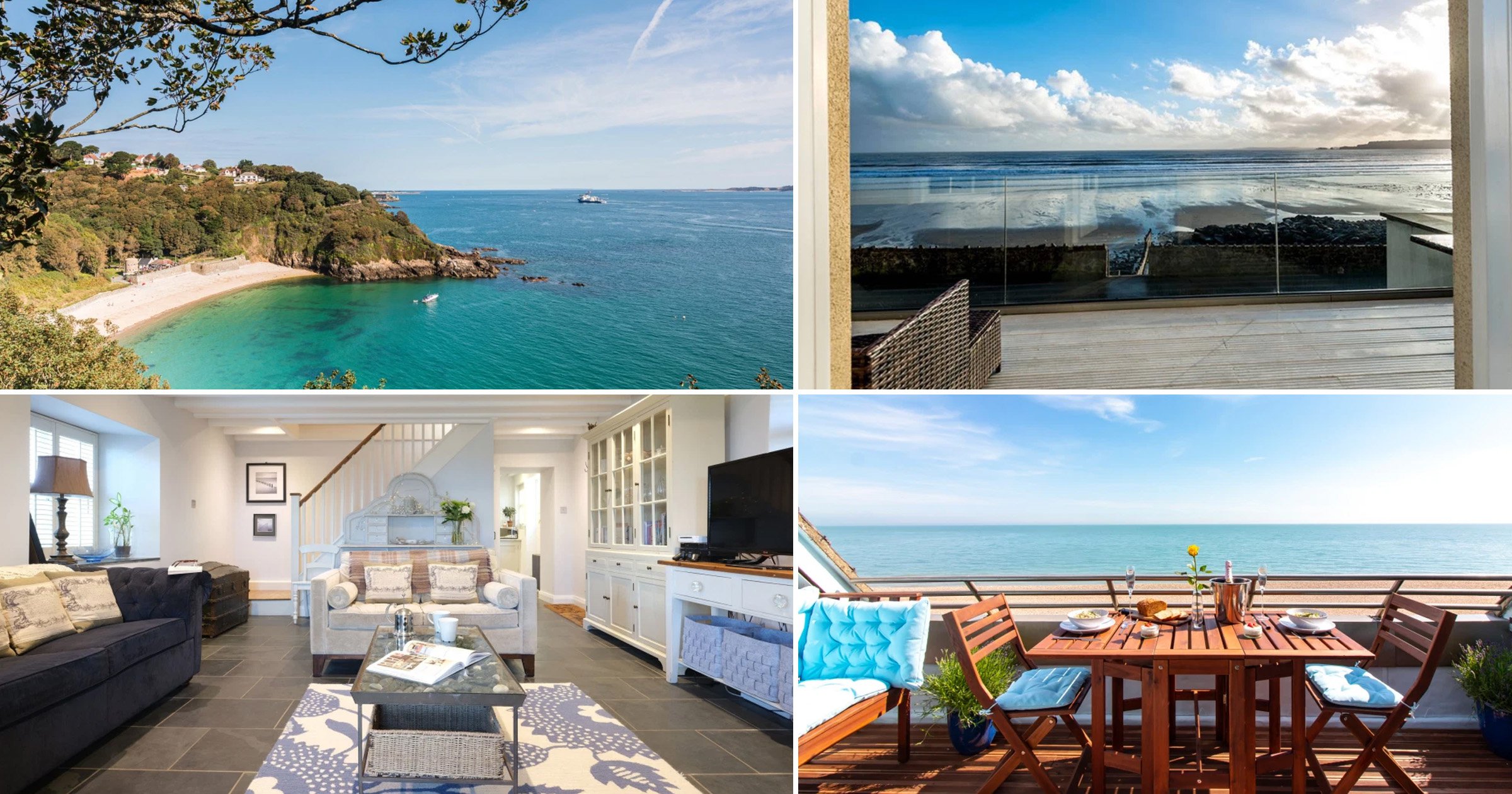 We can’t lie, we are seriously missing the Med right now.

But as we look finally set to see some sun, maybe you can recreate some of those holidays vibes right here in the UK.

From beaches to rival the Costa del Sol to a view that feels so French you can practically see France itself (hint: you can), these holiday spots feel almost like the real deal.

This summer, sack off St Tropez and instead head to St Ives, Cornwall’s chichi seaside resort.

It has the full package – beautiful sandy beaches, a picturesque fishing harbour and a solid arts scene, not to mention some cracking dining opportunities, like
the fruits de mer platter at Porthminster Cafe.

A 20-minute wander from Porthminster beach, Baragwainaith is a charming Cornish cottage that sleeps four and has sea views and a glass-encased smugglers’ tunnel in the kitchen.

Even if you can’t get to the continent this summer, you can see actual France
from the balcony of The Breakers, a gorgeous beach house in Sandgate on the Kent coast.

A pebble’s skim from the sea, this cool contemporary pad sleeps up to 11 and has sea views from the sundeck.

With clean, stony shores and clear waters, this quiet stretch of beach between Folkestone and Hythe has a touch of Madeira about it and is popular with paddleboarders, kayakers and swimmers.

Pick up a top-notch fish supper from The Little Fish Shop or catch a play at
the Folkestone amphitheatre, a short walk away.

Spain has nothing on the beaches of Pembrokeshire and when the sun shines you could easily mistake it for the Costa del Sol (well, almost).

At the start of the Pembrokeshire Coastal Path is Amroth beach, a sweep of
blond sands and a local hotspot for swimming, snorkelling or watching the sun set over Carmarthen Bay.

Stay in Capel Swn y Mor, a beautiful converted Victorian chapel overlooking the beach, which sleeps six. It’s drenched in sunlight with wooden beams and arched windows. There’s even a beachfront balcony, perfect for a sparkly sundowner or three.

Who needs San Sebastián when you’ve got the sexy, salty sizzle of the South Hams?

On Devon’s sunny south coast, a hop and a skip from Salcombe, South Milton Sands is a beautiful sweep of butter-coloured beach dotted with sparkling rock pools and Thurlestone Rock, a stone arch rising out of the sea.

Dog-friendly even in the summer, its shimmering waters hide reefs and shipwrecks, which makes it popular with snorkellers and divers.

Stay in the Old Cider Barn in Galmpton, a cutesy thatched cottage that sleeps four, with exposed stone walls, wooden shutters and a light interior.

The South West Coast Path winds down to the beach where you can grab lunch at Beachhouse, which serves a menu of the day’s catch.

Island in the (Gulf) Stream

Lying 30 miles off the coast of Normandy, Guernsey is closer to continental Europe than it is to mainland Britain and as a result it has all the essence of being ‘abroad’, from Gallic road signs to old men in jaunty caps.

Fermain beach, on the east coast of the island, is a local’s favourite. Reached only by foot or boat, you can refuel at the Beach Cafe, which serves crab sandwiches and champagne, then stay overnight in Fermain Tower, an 18th-century loophole tower now owned by the National Trust, which sleeps two and has a roof deck with magnificent views over Fermain Bay.