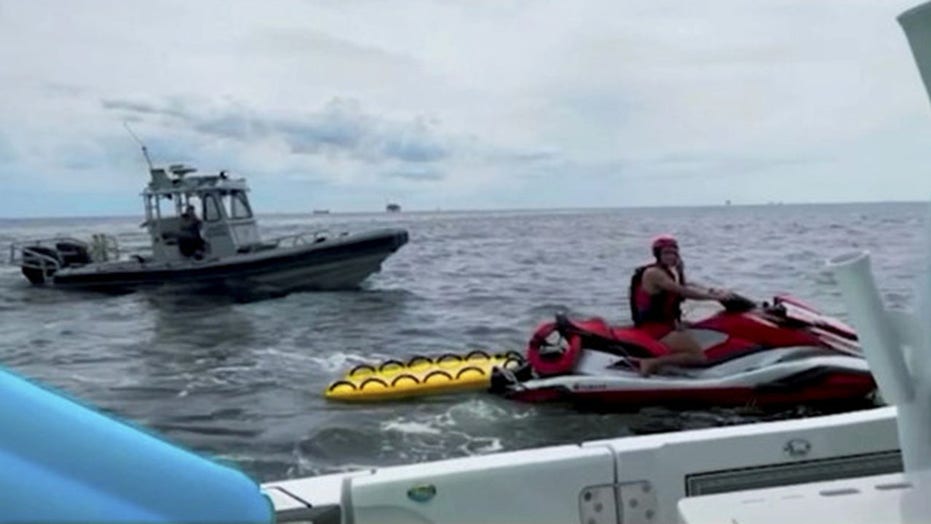 Nothing makes a vacation memorable like getting swept out to sea.

A young couple vacationing in Alabama when their blow-up raft got swept out to sea. Fortunately, the couple was rescued, but they say things could have gone much worse. 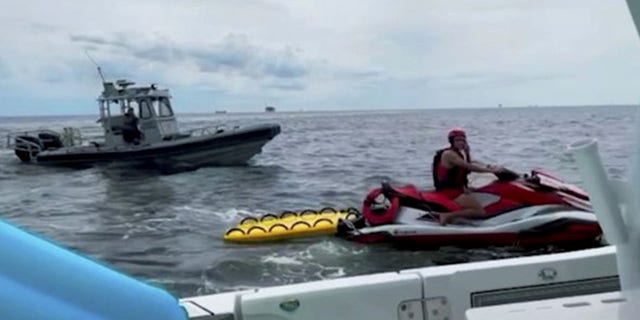 Kelsey Jackson was at the beach near Gulf Shores with her boyfriend when they took a $270 blow-up raft out into the water, where they accidentally floated two miles away from shore.
(SWNS)

Kelsey Jackson was at the beach near Gulf Shores with her boyfriend when they took a $270 blow-up raft out into the water, Southwest News Service (SWNS) reports. According to her, things started off pleasant enough before getting out of control.

“We intended to stay in the shallow area where we could touch and ride the small waves,” Jackson told SWNS. “He and I were going to try it out first and then members of his family were going to come jump on the float with us. Despite the rain from the previous days, it was such a calm day. There were hardly any waves, and the gulf was very calm. There were no signs of strong currents whatsoever.”

According to her, she and her boyfriend were laying on the raft when they suddenly noticed that the water had gotten much deeper.

“I made a comment to my boyfriend about it, we sat up, and noticed we were already past the second sand bar in deep water and being carried farther out by the minute,” she said. “His family was laying out on the beach, and they looked so small. We called out and yelled at them, but they could not hear us.” 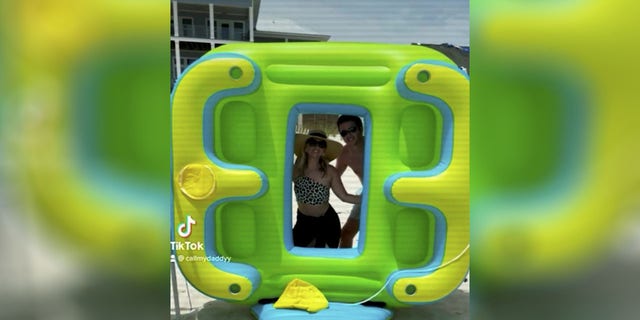 According to Jackson, she and her boyfriend were laying on the raft when they suddenly noticed that the water had gotten much deeper.
(SWNS)

She continued, “I just couldn’t stop playing out all of the different scenarios in my head of how this situation would end – some good, some not so good.”

The couple had reportedly washed two miles out to sea. Even worse, Jackson believes there were likely sharks in the water.

Fortunately, Jackson’s boyfriend’s family noticed that the couple had washed so far out and called 911. A rescue helicopter quickly appeared on the scene and a nearby boat noticed the situation and came to help. Several other boats eventually arrived, including one jet skier.

The couple was safely returned to the shore.

“There are no words to describe how relieved and thankful we were,” Jackson explained. “We were so grateful for each and every person and organization who went out of their way to get us back to land safely. It really is such a great reminder of all of the amazing, selfless people there are in this world.”