A BOEING 737 Max plane has been spotted in an employee car park following the grounding of the model.

The picture shows the TUI plane taking up at least 60 car spaces in the parking area, with other cars cordoned off by red rope. 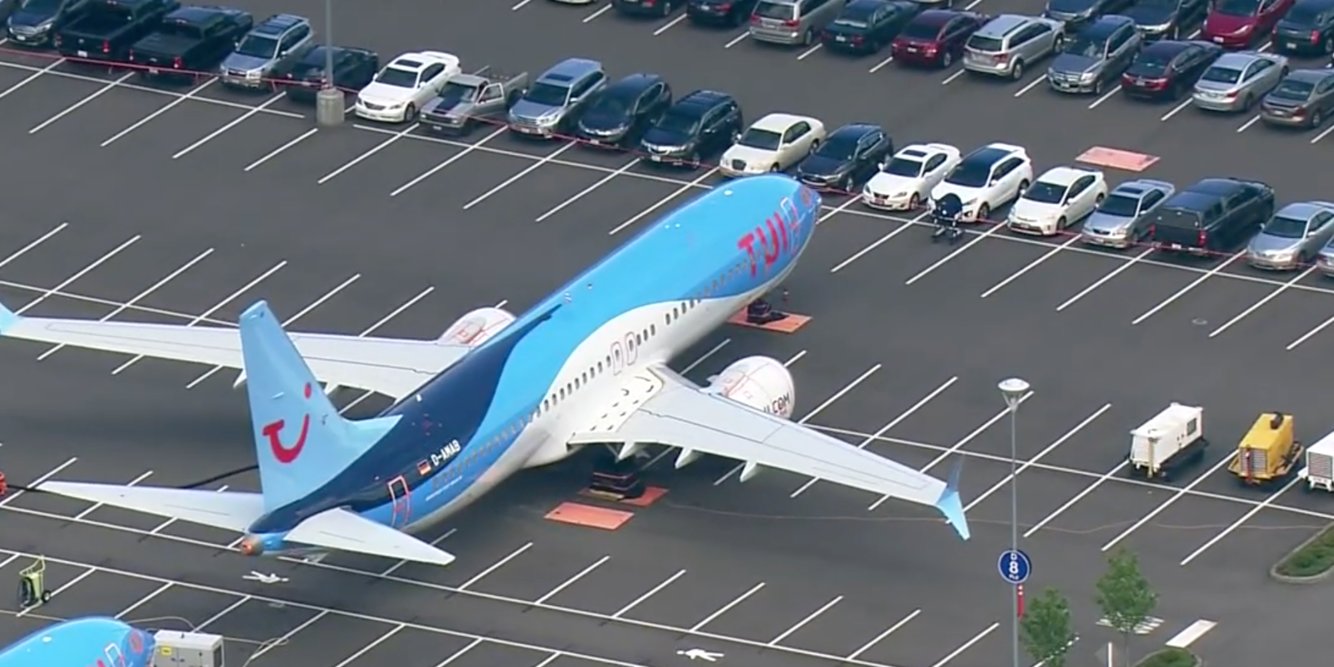 Hundreds of Boeing 737 Max planes have been grounded around the world since earlier this due to two crashes that killed hundreds of people.

Ethiopian Airlines experienced problems shortly after take off, leading to the crash which killed 157 people, while 189 people were killed in the Lion Air crash last year.

Other images shared by Seattle news station KING-TV show a huge Boeing park filled with all of the planes that are now out of commission.

Over 40 planes are parked in one of the images, including for American Airlines and Norwegian Air.

According to Bloomberg, it costs around $2,000 (£1,577) a month per plane to park them, causing further financial issues for the plane manufacturer. 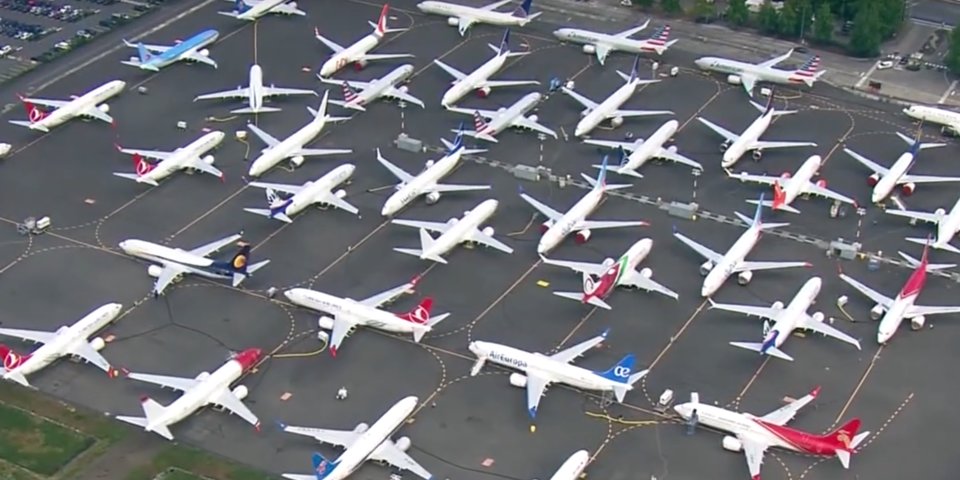 It comes after the news that a new software problem has been found in the troubled Boeing 737 Max that could push the plane's nose down automatically – and fixing the flaw is almost certain to further delay the plane's return to flying after two deadly crashes.

Boeing said on Wednesday that the FAA "identified an additional requirement" for software changes that the aircraft manufacturer has been working on for eight months, since shortly after the first crash.

Boeing said in a statement: "Boeing agrees with the FAA's decision and request, and is working on the required software to address the FAA's request.

Government test pilots trying out Boeing's updated Max software in a flight simulator last week found a flaw that could result in the plane's nose pitching down, according to two people familiar with the matter. In both Max crashes, the plane's flight-control software pushed the nose down based on faulty readings from one sensor. 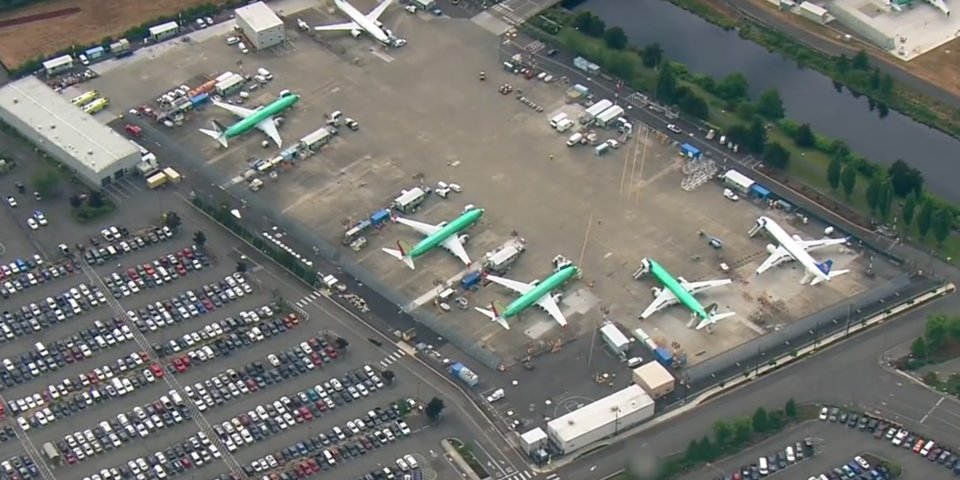 The people said fixing the issue might be accomplished through software changes or by replacing a microprocessor in the plane's flight-control system.

One said the latest setback is likely to delay the plane's return to service by an extra one to three months. Both spoke on condition of anonymity to discuss aspects of the review process that are not public.

In a statement, the Federal Aviation Administration said it will lift its grounding of the plane only when it deems the jet safe there is no set timeline.

They said: "On the most recent issue, the FAA's process is designed to discover and highlight potential risks. The FAA recently found a potential risk that Boeing must mitigate."