BREWDOG's first hotel is opening in the UK where you can get shower beers in every room.

Starting from £75 a night, you can even take your pet pooch with you for free. 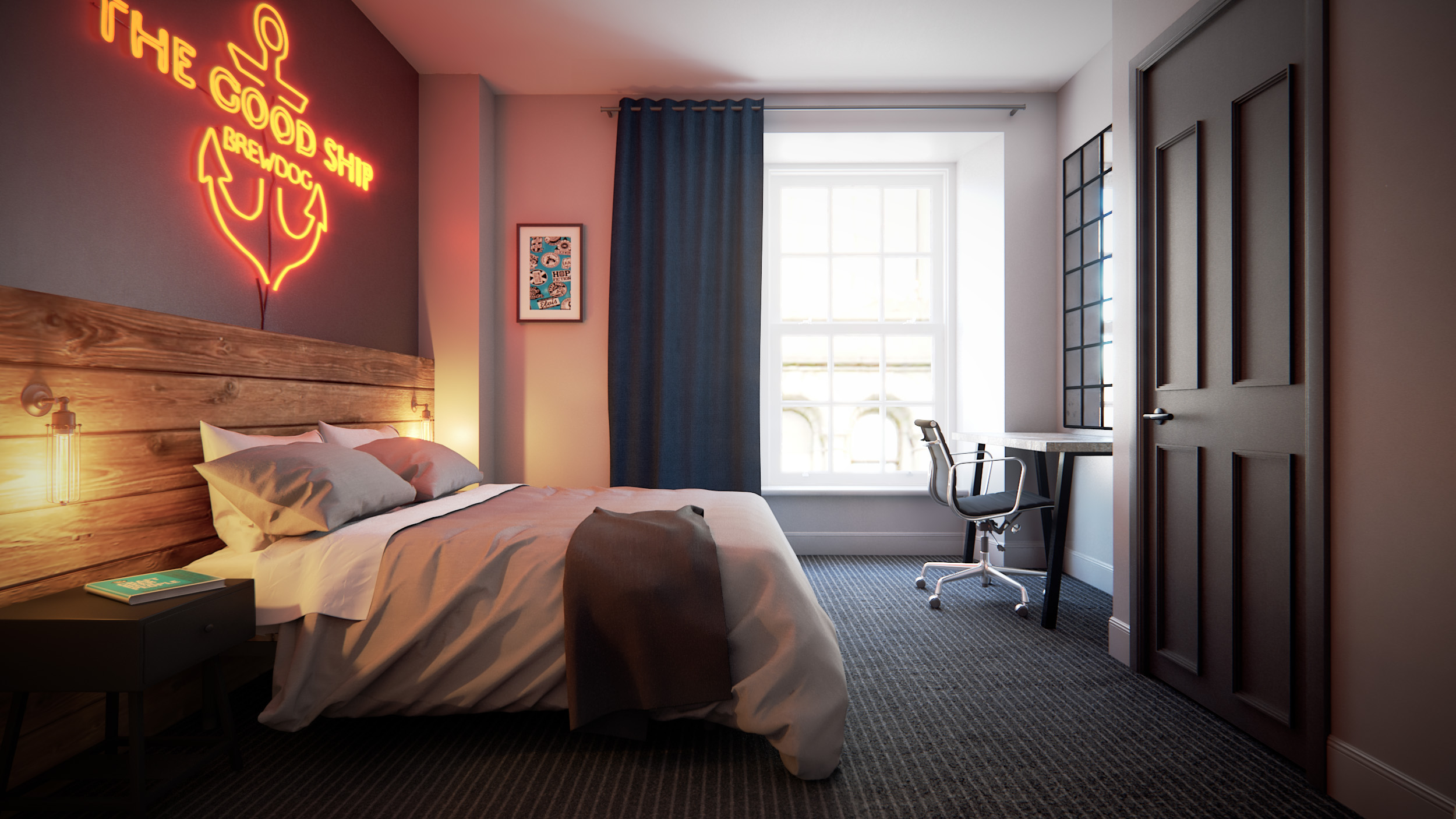 The new hotel is being built on Union Street in Aberdeen, above the BrewDog Castlegate bar.

Guests will be greeted with a welcome check-in beer shortly after arriving.

Inside the six boutique rooms are showers with a beer fridge inside, stocked with BrewDog cans.

Also in the rooms are French-press coffee, vinyl players, guitars and board games.

Your pets don't have to miss out – each room has dog beds and treats for your precious pooch. 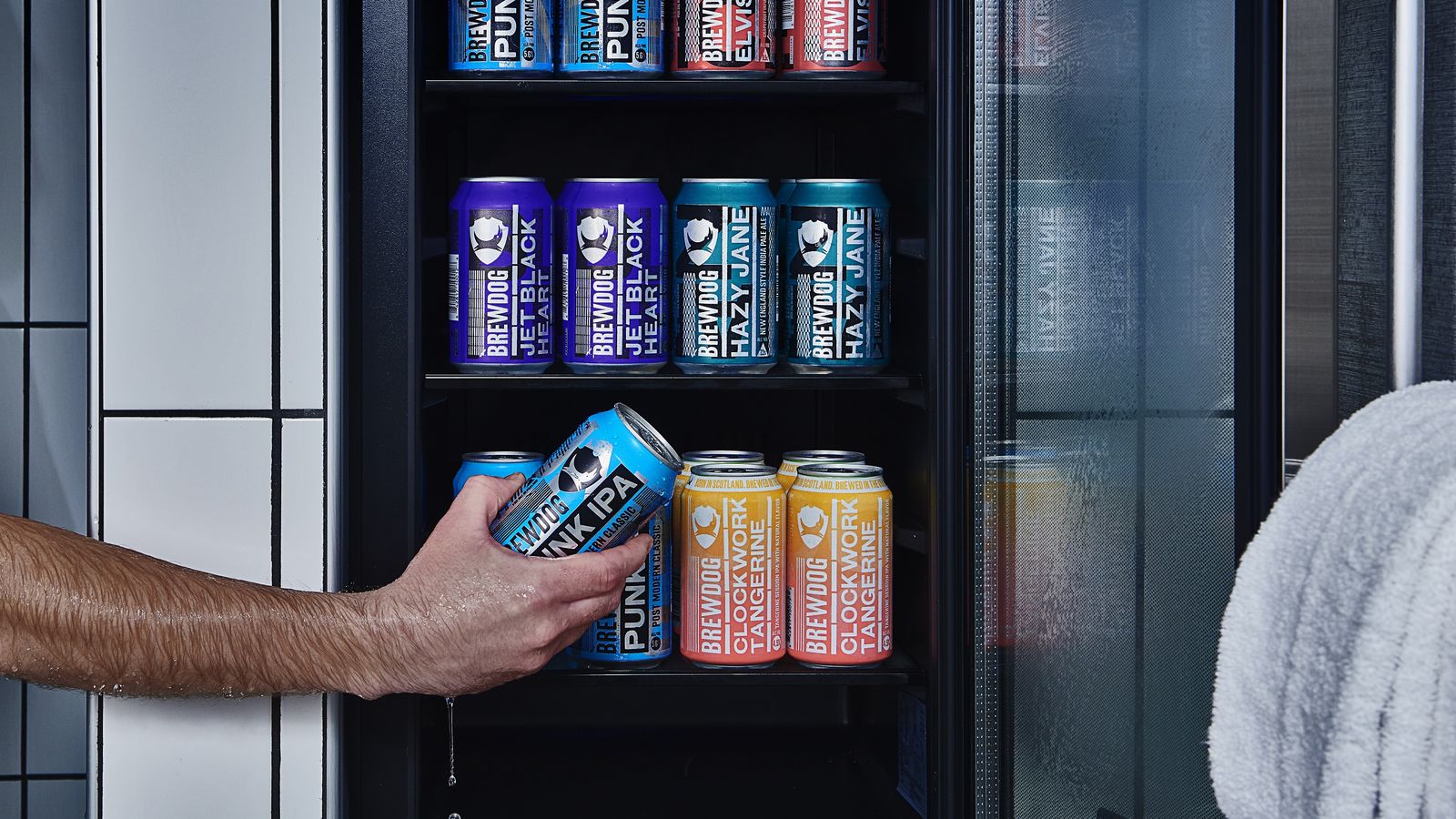 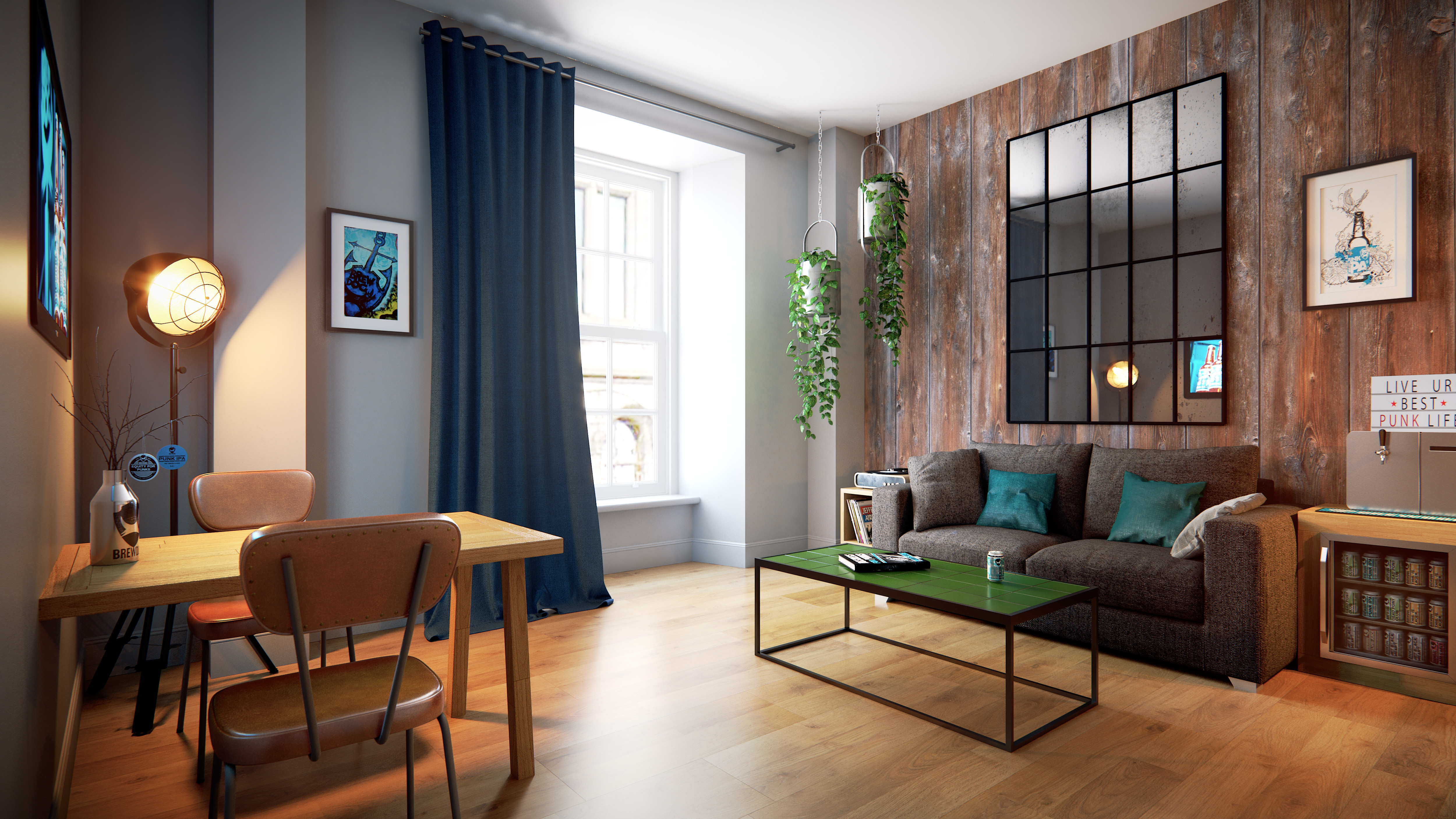 Rental bikes are also available to explore the city.

The hotel lets you book some of the beer excursions BrewDog offer in Aberdeen from your room too.

From brewery tours to their 'Beer School' – a two hour session learning about beers – they can all be organised from the comfort of the Simba mattress beds.

Reservations are now open with availability from November 20.

The craft brewer confirmed that Aberdeen and Columbus will be the first in a series of BrewDog Kennels, with others following in due course in the city centres of Paris, Manchester, Berlin and London.

BrewDog opened their first beer hotel in Columbus, Ohio, in 2018, with draft beer taps in every room.

BrewDog launched their first BrewDog Airlines Flight Club from the UK to Ohio where their Columbus Doghouse hotel is located.

You can also swim in beer, thanks to a brewery in Austria – although it will set you back £200.

Beer not your thing? Opt for a tequila hotel instead, where you sleep in the barrel and drink all the booze you want.