British Airways and Lufthansa said Saturday that they were temporarily suspending flights to the Egyptian capital of Cairo over unspecified safety and security concerns.

The British carrier said it was canceling flights to the Egyptian capital for a week. The German airline said normal operations would resume Sunday.

“We constantly review our security arrangements at all our airports around the world, and have suspended flights to Cairo for seven days as a precaution to allow for further assessment,” BA said in a statement to Fox News. 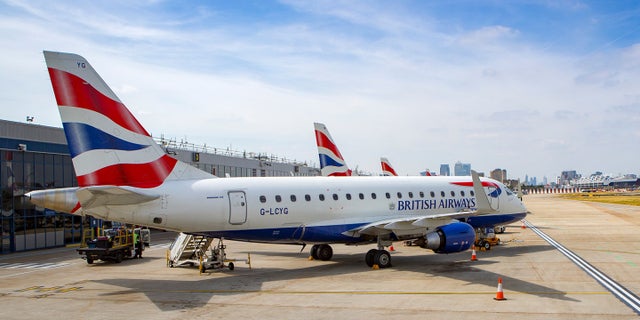 British Airways suspended flights to the Egyptian capital of Cairo for one week over unspecified security concerns.
(British Airways)

The airline did not elaborate on the reason for the abrupt suspension but added that it would never operate an aircraft unless it was safe to do so. A spokeswoman for the airline said "we never discuss matters of security" when asked what prompted the move.

Lufthansa said it was suspending its flights as a precaution, mentioning "safety" but not "security" as its concern. Company spokespeople would not elaborate on what motivated the suspensions. Lufthansa spokesman Tal Muscal said the company has two flights a day to Cairo, one each from Frankfurt and Munich.

The British Foreign Office updated its travel advisory with a warning of the airline's decision. The agency said an estimated 415,000 British nationals visited Egypt in 2018 and that most visits were "trouble free."

It advises against travel to the country's South Sinai region, the Sharm el Sheikh area, where a bomb brought down a Russian airplane in 2015, and areas west of the Nile Valley and Nile Delta regions.

The agency also warned travelers that terrorists are very likely to carry out attacks in Egypt, with most occurring in North Sinai.

"Terrorists have attacked tourists in Egypt in the past," the travel advisory said."There is a heightened threat of terrorist attacks targeting Coptic Christians from extremists linked to Daesh-Sinai in Egypt."