Las Vegas then and now: Spectacular transformation of Sin City over the decades captured by fascinating yesteryear photos paired with images of the matching modern-day scenes

The evolution of Las Vegas has been nothing short of spectacular.

At the beginning of the 20th century, it was a desert railroad outpost on a wild frontier. Today it’s the glitzy entertainment capital of the world, stuffed with megaresorts and thickly laced with neon lights.

This transformation has been captured in fascinating book Las Vegas Then and Now (Pavilion), by historian Su Kim Chung.

The tome matches mesmerising historical images of yesteryear Las Vegas – including the old railroad depot, a leafy Fremont Street and the first-ever Strip hotel – with specially commissioned photos of the same scenes in the modern era. The contrasts are astonishing.

Chung writes in the introduction: ‘Ultimately, with its glamour, its neon, its brash excess, and, yes, its tackiness, Las Vegas has captured the world’s imagination. To those who are familiar with the city only through popular stereotypes, these photographs may serve as an education and a revelation. To those who live in Las Vegas, they may bring back nostalgia and a pride of place that the city much deserves.’

Scroll down to see a selection of the book’s mesmerising paired images and a decidedly stripped-back Sin City. 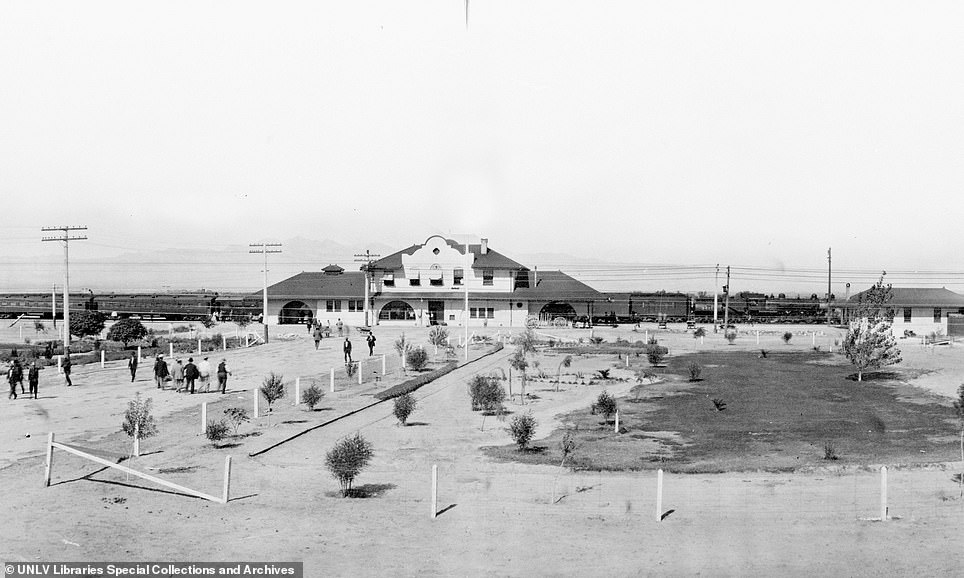 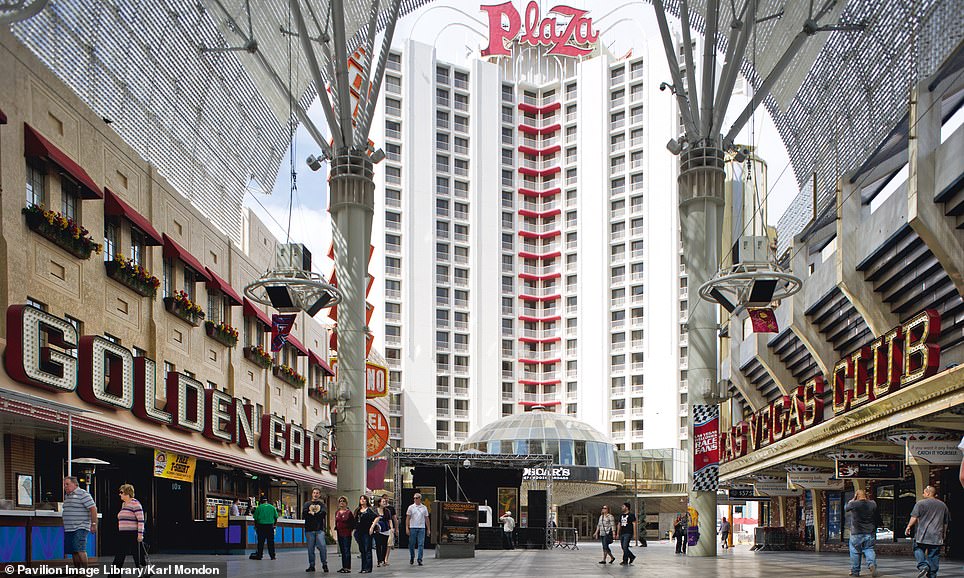 RAILROAD DEPOT/PLAZA HOTEL: The image on the left was taken in 1910 and shows the old railroad depot and its mission-style building. Chung reveals that the two-story building ‘had telegraph rooms and dressing rooms for the train crews on the second floor, while most of the first floor was taken up with a large waiting room, ticket office and baggage room’. Today the Plaza Hotel (right, by the Fremont Street Experience canopy) occupies the site of the original railroad depot. Chung writes: ‘There are few reminders of the important role the railroad played in the development of downtown Las Vegas.’ Though the tracks remain behind the hotel

Thanks to the University of Nevada, Las Vegas, Special Collections and Archives department for allowing MailOnline to reproduce the historical ‘then’ images.