A splash of magic! Finding happiness at a family-friendly haven in Italy where children AND parents can relax

Happiness is a water park in Italy. That’s how I’d like to have started this account of a few days at the new TUI Magic Life Calabria resort.

But, when I tried to romp in the splash park of this family-friendly haven with my five-year-old son, Nicholas, a lifeguard politely told me adults weren’t allowed.

At lunch, I wasn’t permitted in the Magico Buffet restaurant without shoes. It was for my own good, the waiter explained, because plates and glasses were often smashed. So I fetched my flip-flops, using my electronic key bracelet to unlock the door to my room. 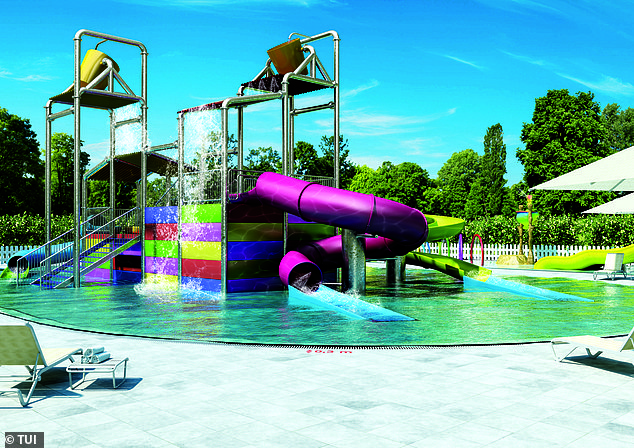 Later, I took Nicholas to the Magic Mini Club, where adults drop off their children so they can enjoy a few hours of peace and quiet. Nicholas seemed uncertain at first as I ushered him into a room filled with children. Was this really where he wanted to be?

But once his eye lighted on a large toy cement mixer, he relaxed. Me? Frankly, I wasn’t sure at first that this was where I wanted to be.

My electronic bracelet, the uniformity of the yellow-painted, bougainvillea-clad apartments, the sense of being in an artificial, not especially Italian, enclosure (TUI is an Anglo-German firm) in which almost everything was labelled as ‘Magic’ — the Magico Buffet, the Magic Disco, the Magic Life — all conspired to make me feel like I was trapped in an episode of the Sixties TV show The Prisoner.

Yet, after 24 hours, the sense of being looked after began to win me over. I submitted to a massage at the expert hands of a man named Maximiliano, then strolled in the forest that separates the resort from its beach. I don’t want to sound like a hollow-eyed cult convert, but I fell in love with that forest. I’d even call it magic. 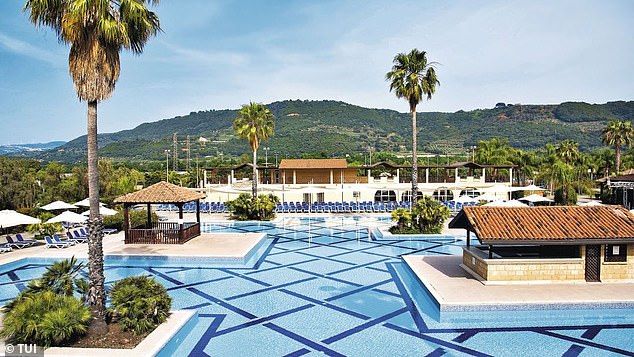 Magic Life Calabria, pictured, is one of TUI’s 16 Magic Life resorts and the first in Italy

Magic Life Calabria is one of TUI’s 16 Magic Life resorts and the first in Italy.

All are aimed at families, with activities for children (archery, tennis, baking) and pampering for parents, grandparents and great-grandparents. I chatted with an 86-year-old named Edna who said she was having a ‘smashing’ time.

Situated on the toe of Italy’s boot, it benefits from not being near a major city. The water that laps the sandy beach is as clear as glass. One morning, Nicholas and I hired a kayak from a good-natured lifeguard with a blond mohawk and I taught him the rudiments of paddling. 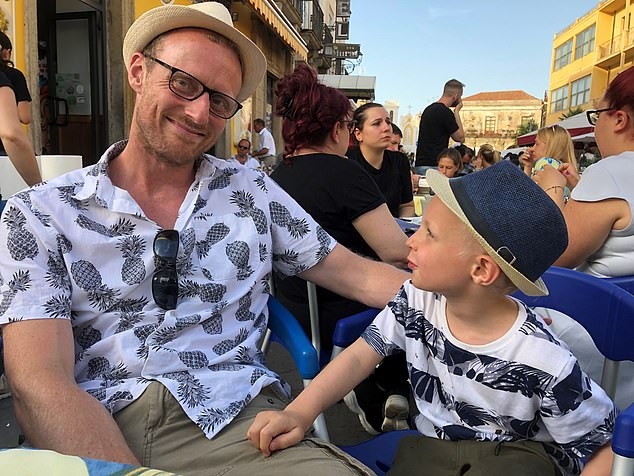 Thomas with his five-year-old Nicholas. The pair were both able to relax on their trip to Magic Life Calabria

What struck me most were the friendly staff. One evening, I was hailed in the Magico Buffet by a young woman. ‘Hi, Tom!’ she cried. ‘How have you been?’ Gosh. Was she a former girlfriend I had somehow forgotten?

Turned out she was an employee who had given me directions to the kids’ club: greeting people as old friends is what they’re all about.

So, yes, I did succumb to the resort’s spell. As a parent, I rarely get to relax with my little boy. It’s rarer still that I’m greeted warmly by total strangers. All this and great value, too.

Thomas travelled with TUI, which offers seven nights all-inclusive at TUI Magic Life Calabria from £711 pp if booked online (tui.co.uk, 0203 636 1931). Based on two adults and two children sharing, with flights from Gatwick to Lamezia Terme.