Here’s the latest updates on the freak storm that has devastated the area. 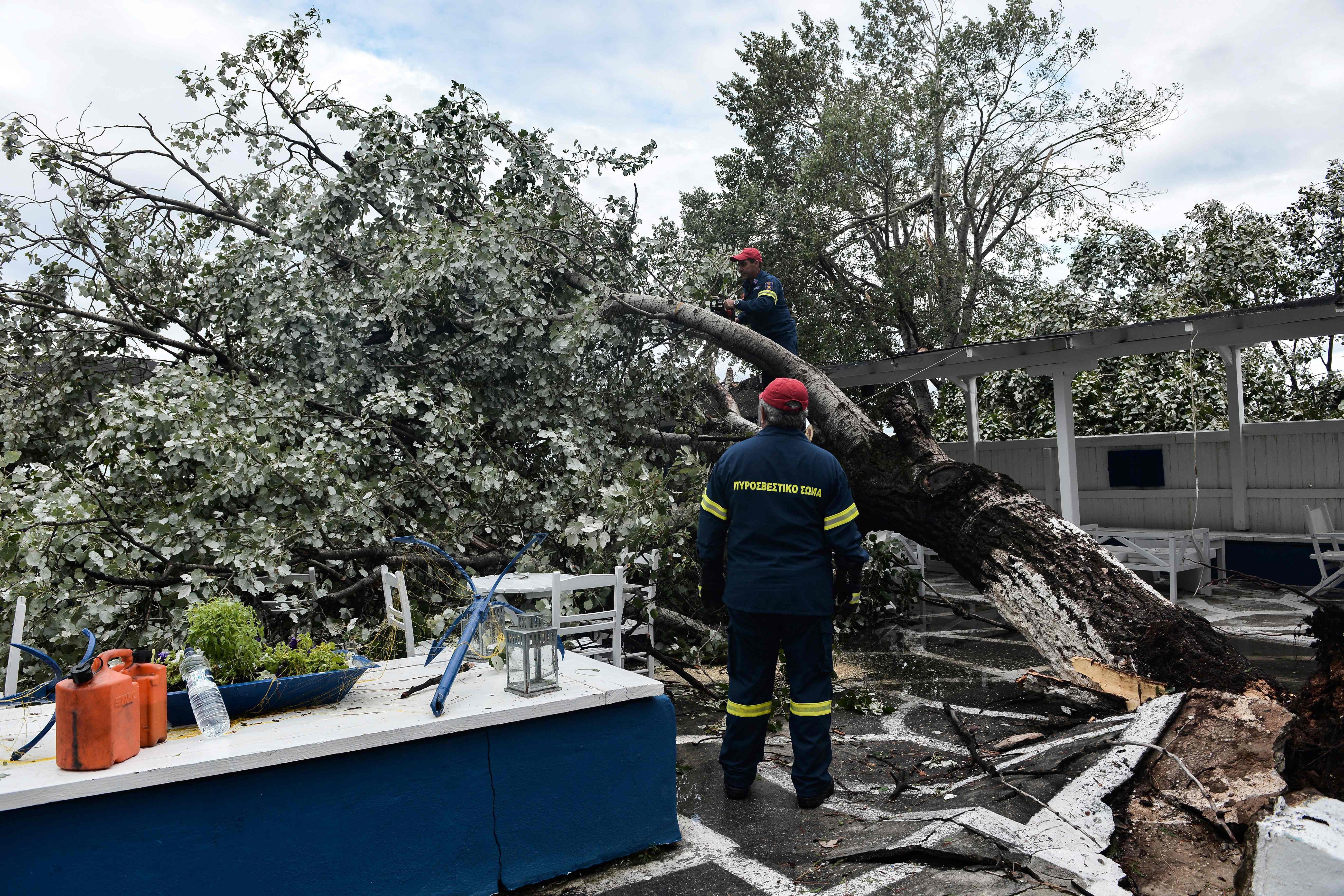 Halkidiki is a region in northern Greece most noted for its three capes – Kassandra, Sithonia and Mount Athos.

It is just a 1.5 hour drive from the city of Thessaloniki.

Large parts of the region are wooded but also has sandy beaches which attract holidaymakers.

The most developed part is Kassandra which offers popular resorts and a lively night life.

There are a number of historic sites too, including Stageira, the birthplace of the philosopher Aristole and Olynthus which is noted for its ancient mosaic floors. 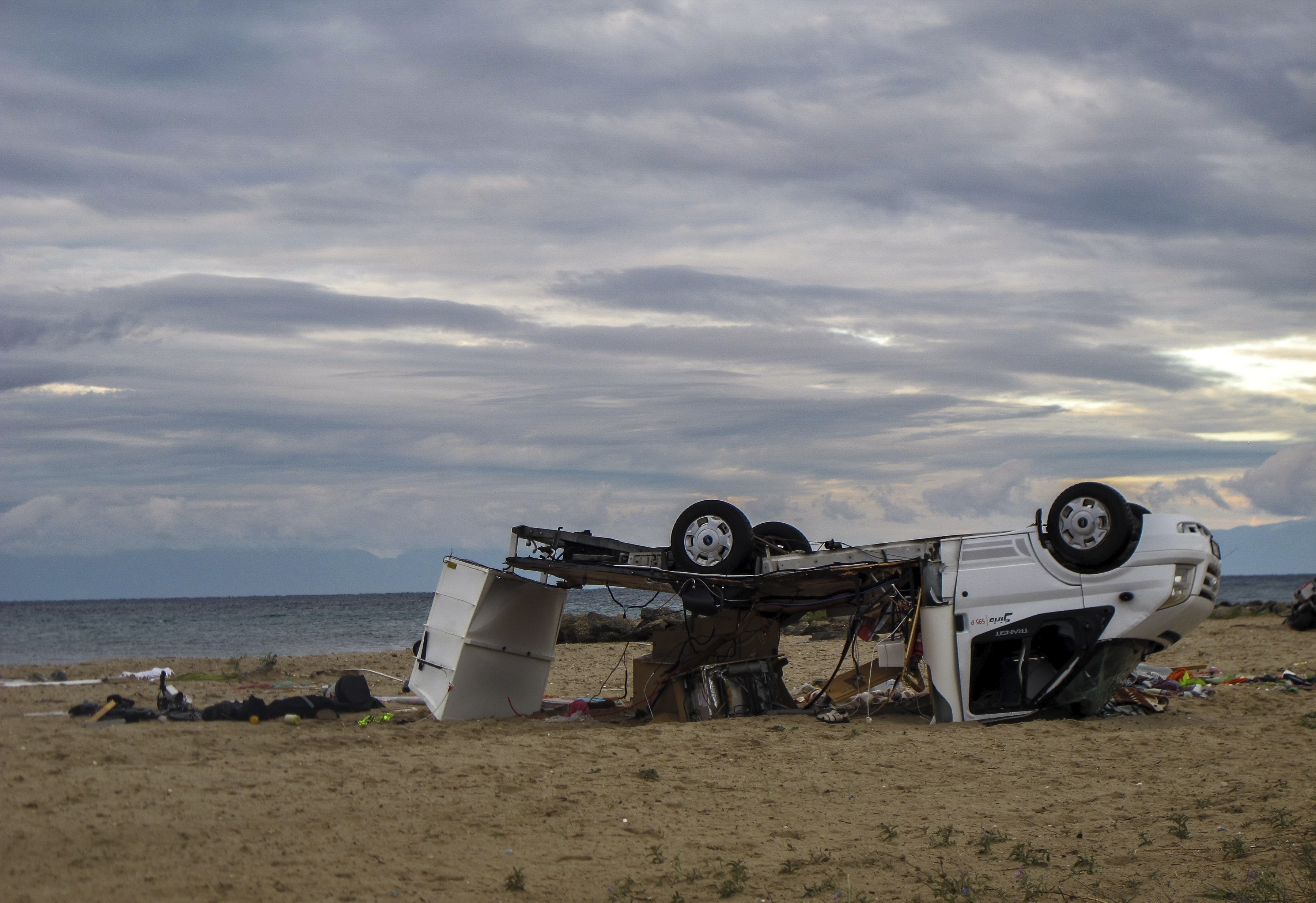 Will my holiday be affected?

The tourist region was devastated by a ferocious storm on July 10, 2019.

A total of six holidaymakers were killed including a toddler and an eight-year-old boy.

At least another 100 people were injured after the freak storms struck.

British holidaymakers were trapped in their hotels, buildings were damaged and cars were overturned in the carnage.

A 39-year-old man and a boy, aged two, who are believed to be from Russia, died after a tree fell on their vehicle, according to the Greek Reporter.

A woman and an eight-year-old boy, both from Romania, were killed after a roof collapsed on a restaurant in Nea Plagia.

A BRIT mum has told how she was forced to flee the deadly Greece storms last night with her two young children.

Family travel blogger Emily revealed how everyone was caught off guard by the gale-force winds, saying she never seen “anything scarier”.

She was at a hotel beach party in Halkidiki when the storm hit, cutting off the lights and power.

“Our family got caught in severe and unexpected tropical storm in Halkidiki this evening that seemed to catch everyone off guard including our hotel,” Emily wrote on Twitter.

“The storm hit very suddenly, killing the lights, all power, blowing down trees and everything around us.

“There was wind, rain and sand lashing at us and it was absolute chaos with people (including children) screaming and running to find shelter.

“We hid in the back of the bar for 10 minutes until water started coming in and rising by our feet.

“With two young children with us we decided we had no choice but to make a run for it back to the hotel (5 minutes away) in the storm.

“We ran with other families through roads with fallen trees and debris, barely able to see in the rain with our little ones bravely clinging to us.”

Emily said they finally made it back to the hotel to find there was a blackout and lots more people and confusion.

“It has taken some time, but we are finally back in our room (which was temporarily flooded) and I just wanted to say that I’ve never been caught in anything scarier,” she added.

Athansios Kaltsas, director of the Nea Moudania Medical Centre, said: "It is the first time in my 25-year career that I have lived through something like this. It was so abrupt, and so sudden."

Officials have declared a state of emergency in Halkidiki and Greece's newly appointed citizens' protection minister is due to visit this morning.

Meteorologist Klearxos Marousakis described conditions as "extremely unusual" for this time of year.

A “red code” has been put in place for entire regions of central and Eastern Macedonia which are due to be in place for at least 24 hours.
The red code warns about dangerous rainfall and strong thunderstorms. 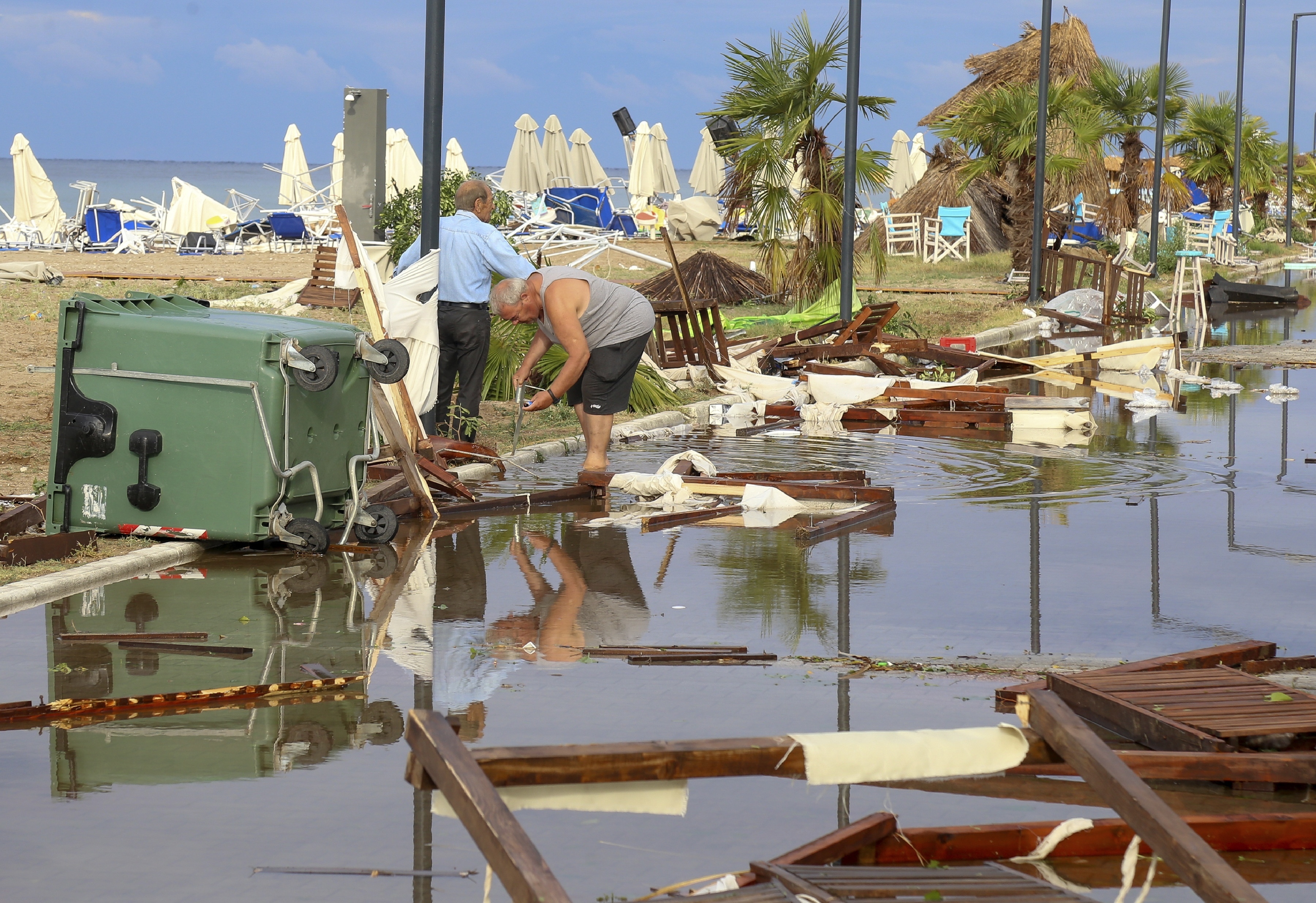 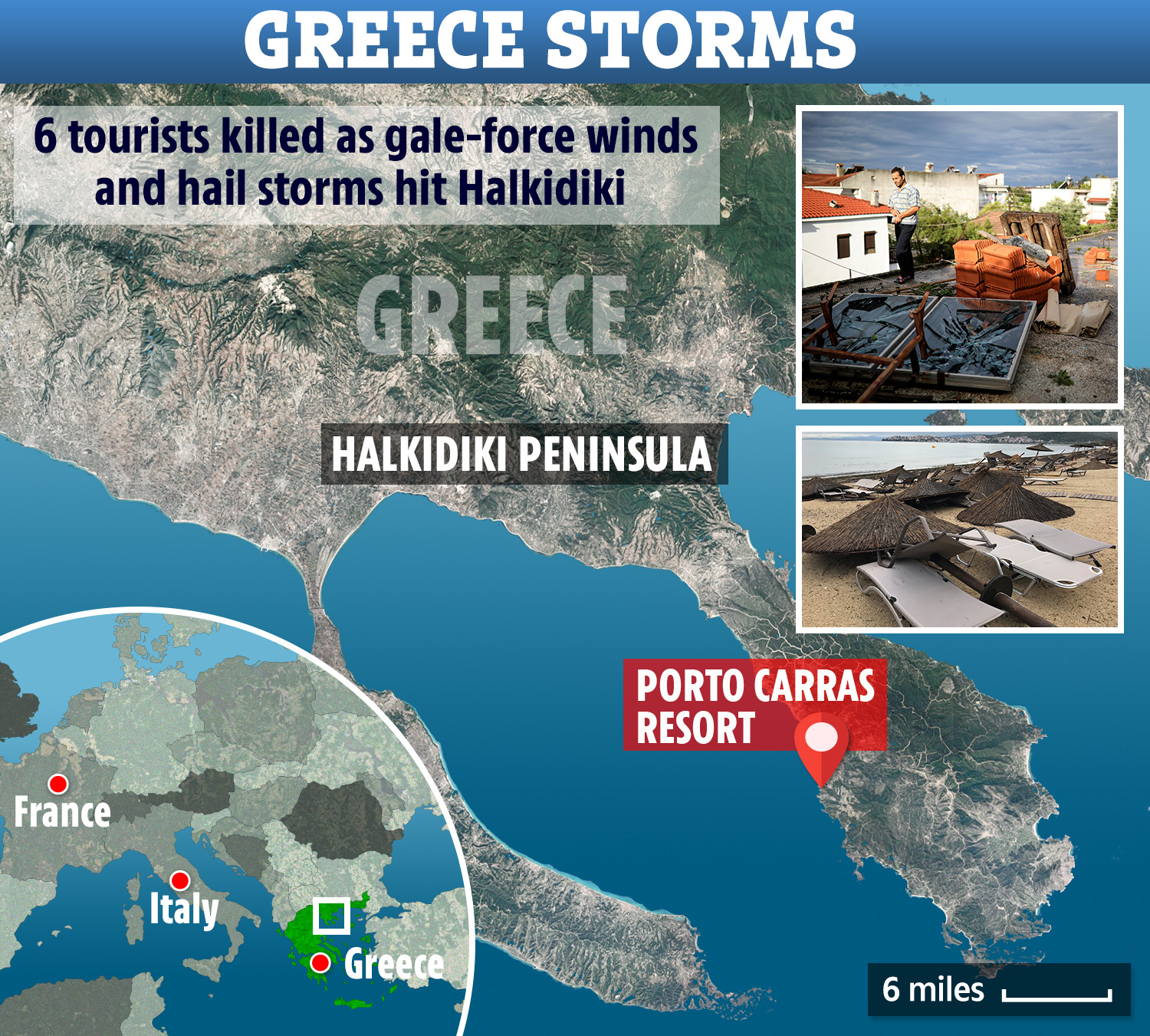 A state of emergency has been declared for Halkidiki.

It is expected there will be widespread disruption in the area in the near future as electricity to places such as Nea Plagia is restored due to fallen power lines.

Although there is no official advice about visiting the area people are warned to avoid the worst affected areas for the time being.
Source: Read Full Article