Interrailing for grown-ups! Make tracks for these hidden train journeys and discover Europe in a new light

JR.R. Tolkien writes in The Lord Of The Rings: ‘Not all those who wander are lost.’ This is a good line to remember on a series of random rail journeys in Europe.

Serendipity is what it is all about. Who needs plans? Let the tracks take you wherever they go. When I set off with a month-long Interrail pass along Europe’s railway lines last year, I had an eventual destination — Venice. But that was it.

Let what would happen, happen. From London Victoria to Dover and onwards via Calais into France, Belgium, the Netherlands, Germany and beyond I went, reaching the Black Sea in Ukraine via Poland. Out-of-the-way spots I had never heard of — Vrbas in Serbia, Opole in Poland, Zidani Most in Slovenia — came and went. Encounters with poets, professors, drop-outs and dreamers were to come — as well as a fair few rail enthusiasts. Trains are a sociable way of getting about. 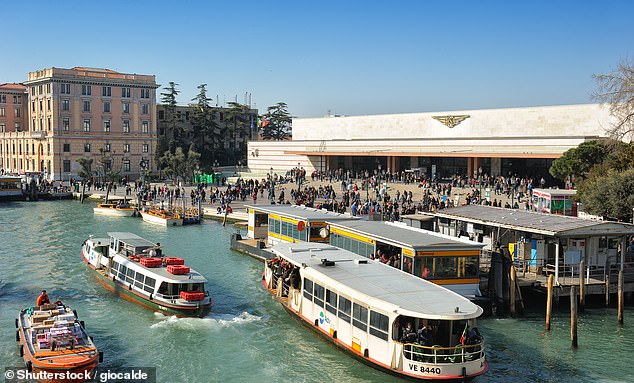 Why should Interrailing be the preserve of students? After all, the all-Europe version — the Global Pass — offers rides on mainline trains to 40,000 destinations in 31 countries, from Norway to Greece, or from Lithuania to Portugal. Here is a pick of the rides I discovered: 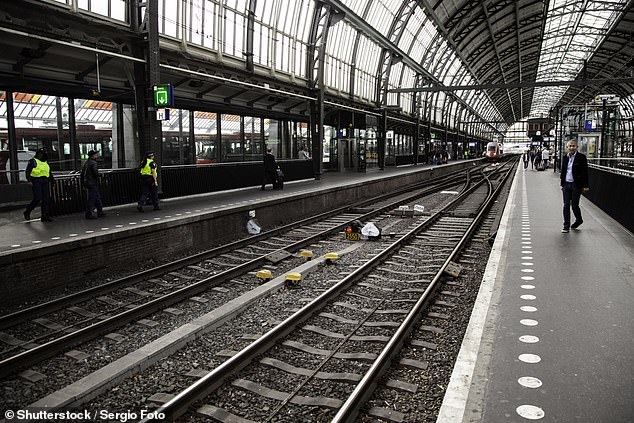 Tom set off from Bruge’s Art Deco station, pictured, and passed through a pancake-flat landscape

Railways helped forge national identity in Belgium in the 1830s.

Travelling from the Flemish north to the Wallonian south you sense this, setting off from Bruge’s Art Deco station and passing through pancake-flat landscape to Ghent and Brussels. 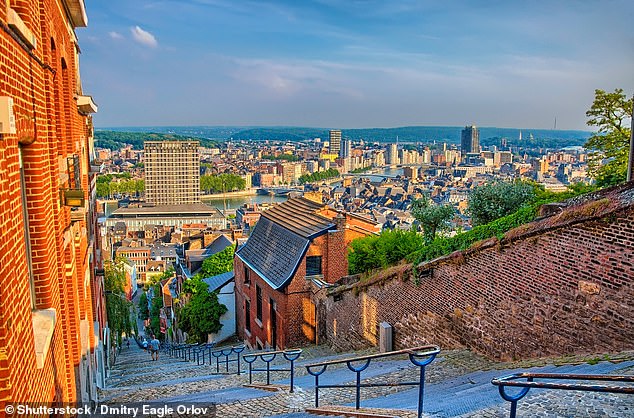 King of the hill: The view from the red-brick Montagne de Beuren stairway overlooking Liege 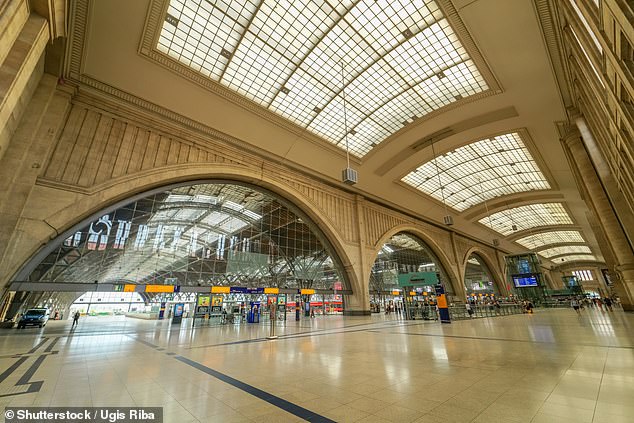 Germany’s Leipzig station is one of the world’s largest.

From here you catch a red Deutsche Bahn train past crumbling Communist-era factories and then a series of obscure towns: Oschatz, Glaubitz and Priestewitz. 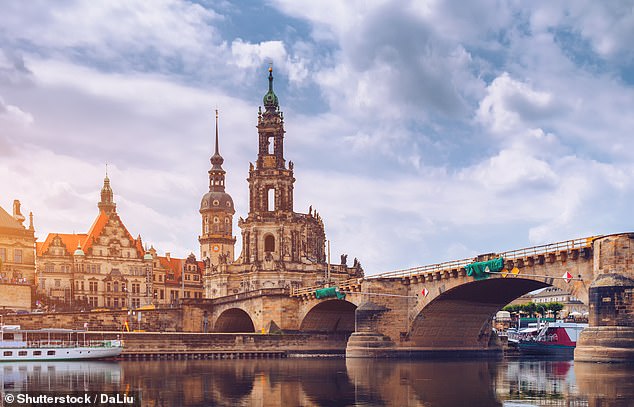 A German classic: The Augustus Bridge over the River Elbe in Dresden

This journey between Katowice — a coal mining hub in southern Poland — to the ancient city of Krakow with its magnificent market square, castle and lively nightlife is intriguing.

Catch a performance by the Polish National Radio Symphony Orchestra in Katowice before boarding one of the orange trains to Krakow. Then slowly rattle across an eerie industrial landscape potted with mine shafts. 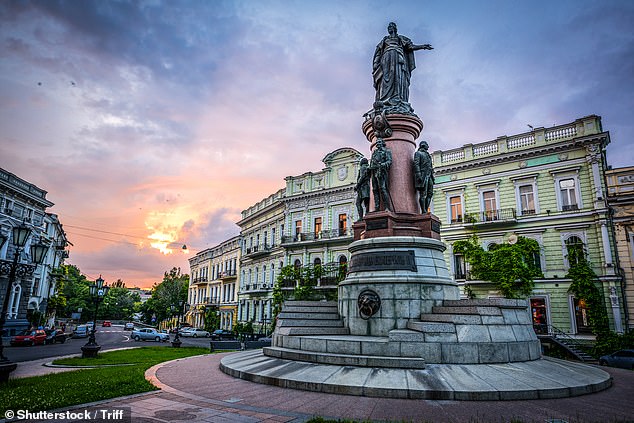 Royal greeting: The monument to Queen Catherine II in the centre of Odessa, Ukraine

From here, catch the sleeper to Odessa with its Black Sea beaches. Relax in Lviv station’s Soviet-era Hall Of Enhanced Comforts before setting off.

Not many tourists make it to Vrbas, a sleepy town in northern Serbia. But it’s got a relaxed centre with a cafe culture and makes a pleasant pitstop. The journey to Novi Sad — with its grand castle and popular summer music festival — is on graffiti-covered trains.

There’s a lovely little chapel on the platform at Zagreb, and Zidani Most station is wonderful, too, right by the Sava and with a little cafe (home to a white cat). 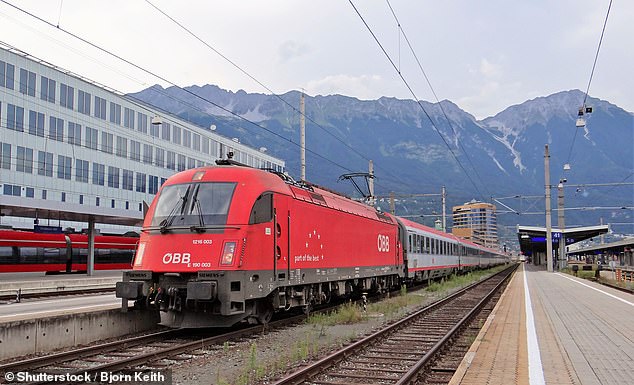 The scenery between Innsbruck, pictured, and Verona is full of lakes and cliffs

The Brenner Pass between Innsbruck in Austria and Verona, Italy, opened in 1867 and was a key Austrian Empire hub.

From Innsbruck you roll past the city’s ski jump and rise into the mountains, crossing into Italy at 1,370m. 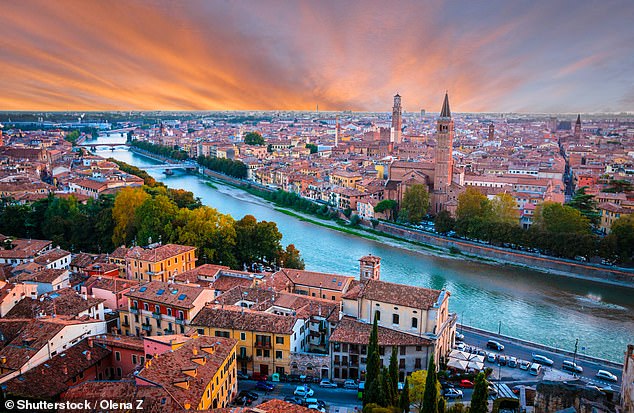 Month-long, unlimited-travel Interrail passes from £610 (interrail.eu). Slow Trains To Venice by Tom Chesshyre is published by Summersdale at £16.99.