Get a taste of the other side of Vegas: How the gambling mecca is on a mission to become a gastronomic hotspot

Las Vegas has a new string to its bow. The gambling mecca is on a mission to become a gastronomic hotspot, and the city’s UnCork’d festival, now in its 13th year, has gone a long way towards achieving that goal.

You cannot throw a stone without hitting one of the world’s greatest chefs during this epic four-day celebration.

We were on our own mission – to eat our way around Vegas in 48 hours. We started off with a visit to the ultimate in UnCork’d events – The Grand Tasting, held in the aptly named Garden of the Gods Pool Oasis at Caesars Palace. 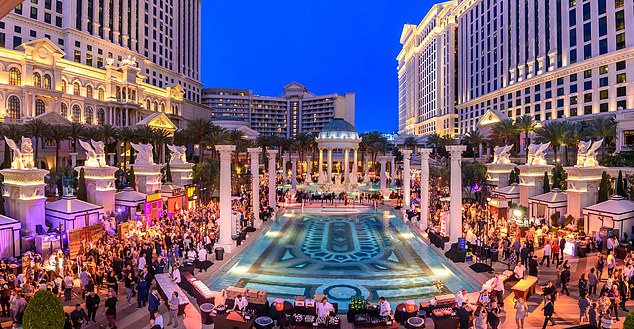 Serving up a treat: The Grand Tasting, one of the UnCork’d festival events, at Caesars Palace in Las Vegas

Superstar chefs including Guy Fieri, Guy Savoy, Nobu Matsuhisa and Britain’s very own Gordon Ramsay each set up a food stall and guests could then lap up their offerings.

The event provided a fascinating insight into their methods, and watching Guy Savoy presenting his iconic dish – artichoke and black truffle soup served with a mini toasted mushroom brioche – was a definite highlight.

The next day we headed to Picnic In The Park, where the set-up was similar to The Grand Tasting, but on a smaller scale.

Our favourite chef was Jean-Georges Vongerichten, who has 37 restaurants globally – two of them in Vegas. He prides himself on being involved in every aspect of his operations.

At the Picnic, Jean-Georges demonstrated this hands-on approach by cooking wagyu beef on an open fire.

It was a glorious, sun-kissed afternoon sampling some of the treats at the various stalls, but we had to make sure we left room for the evening’s fun.

We ventured to an UnCork’d dinner event hosted by chef Giada De Laurentiis. The theme was clean, simple Italian cuisine. Giada served the food herself and I still dream of her creamy lobster pasta.

The next day we took the Lip Smacking Foodie Tour ($125). We started at the Aria Hotel, where we had the exclusive use of Javier’s dining room.

As we tucked into tortilla chips served with the house salsa, a roasted tomato salsa and a roasted green tomatillo salsa, the guide warned us to go steady as this was just the starter and there was lots more food to come. The meal was rounded off with the house special, the delicious enchiladas. 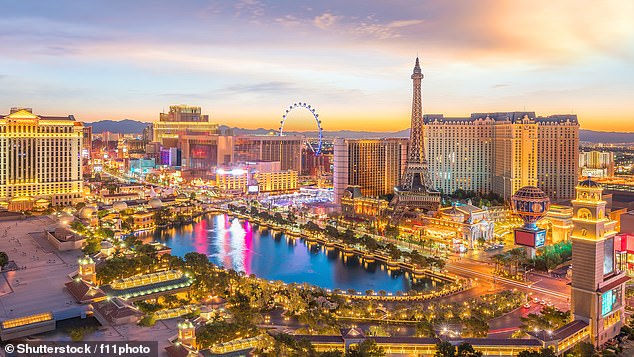 Later, we headed to Milos for authentic Greek food. Milos is famous for having its produce flown in from Greece and it truly pays off.

I was transported back to the Med, as the full range of mouth-watering flavours were incorporated into our lunch of grilled octopus, a fresh Greek salad, and fried zucchini. The meal was delightfully light and tasty.

And last but not least, we headed to Momofuku, where we experienced chef David Chang’s menu of spicy cucumbers, toasted almonds and chilli-based togarashi, followed by pork buns served with hoisin, cucumber and scallion, and finally some chickpea ramen.

Our trip proved you can stay out of the city’s famous casinos and still be on to a winner in Vegas.

Double rooms at Caesars Palace cost from £85 a night plus taxes (caesars.com). For more information, see visitlasvegas.com and vegasfoodietour.com.