A ROYAL Caribbean passengers risked their life after climbing over their balcony railing to take a selfie.

The unidentified woman was caught posing on the edge of the ship in just a swimsuit while travelling through the Caribbean. 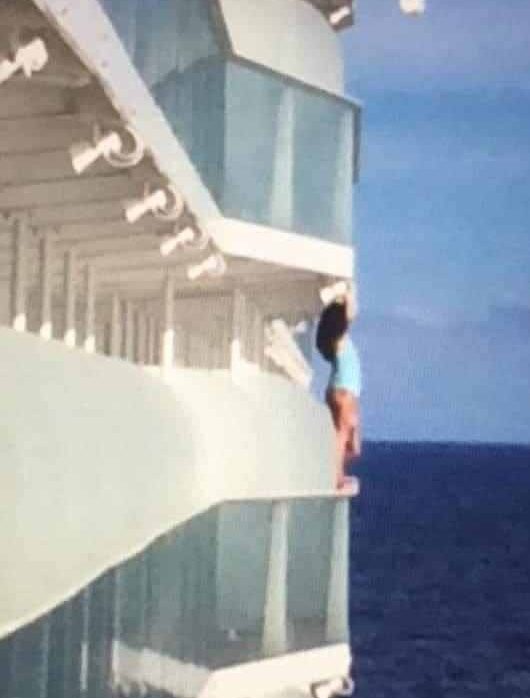 Passenger Peter Blosic was also on the Allure of the Seas on a Caribbean cruise when he realised there was a woman on the starboard (right) side of the ship.

He posted a picture of her with her hands above her head, appearing to pose for a camera behind her.

He wrote: "Just witnessed this on Allure. What an absolute IDIOT. You cannot fall off of a ship unless you are acting like a moron!"

Peter explained in his post that he alerted guest services soon after he caught her on the edge of the ship due to the risk it posed.

He added that the woman was eventually tracked down to the cabin she was staying in. 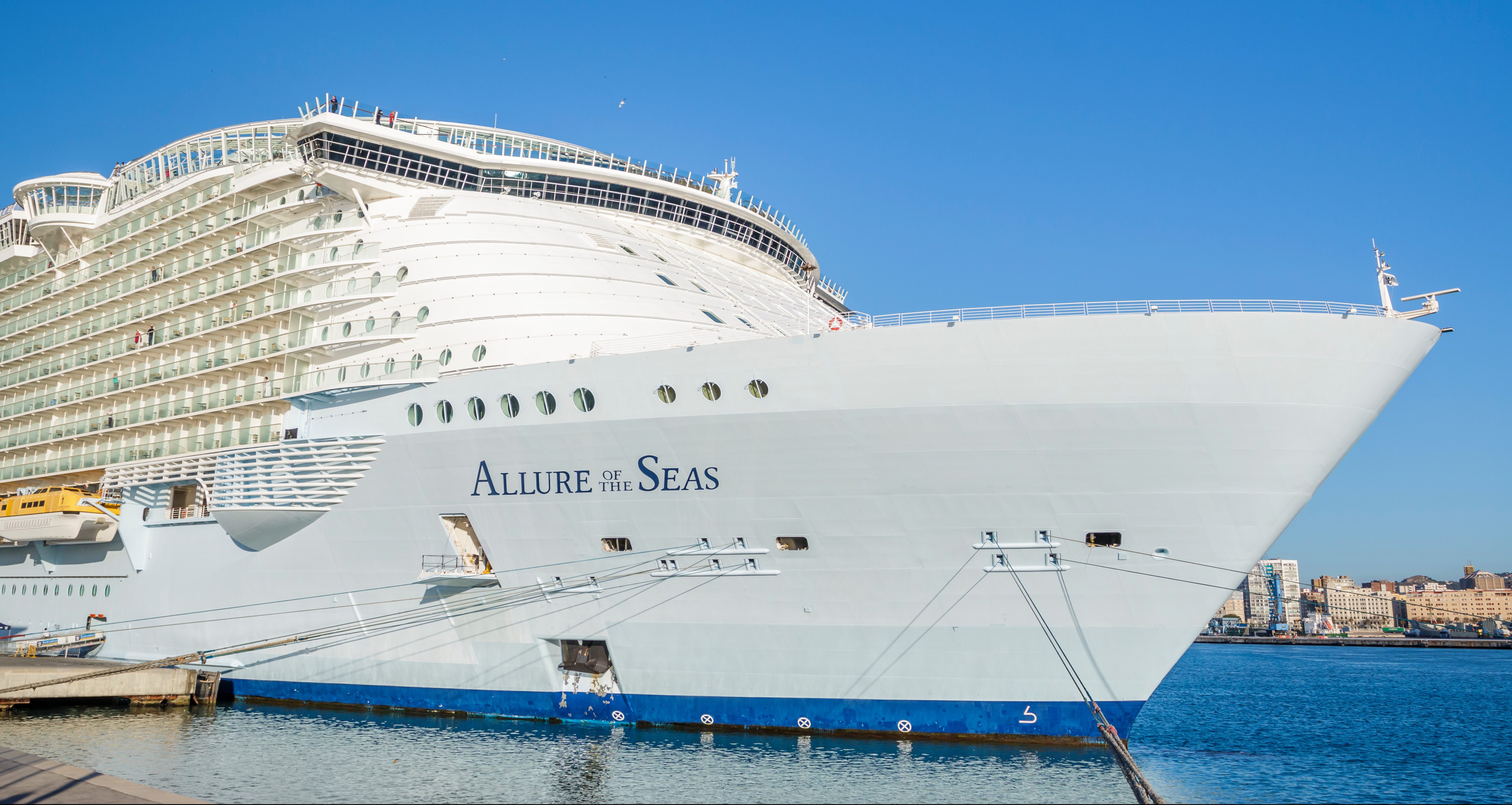 Peter wrote: "I showed the concierge. The staff captain then wanted to meet with me and get a copy of the photo. We easily determined the cabin number since it’s on the hump."

He later explained that she was being removed from the ship when it docked in Falmouth, Jamaica.

According to the Royal Caribbean website: "Sitting, standing, laying or climbing on, over or across any exterior or interior railings or other protective barriers, or tampering with ship’s equipment, facilities or systems designed for guest safety is not permitted."

They add that failure to adhere to the rules could result in "law enforcement" or "removal from a ship at the next port of call."

A number of passengers have fallen to their deaths this year.

Last week, a 75-year-old man died after he jumped from a Carnival cruise ship, while an Australian man died when he fell from a Royal Caribbean ship in August.

A 16-year-old boy fell to his death after climbing from an eighth floor balcony because he didn't have his room card.

A passenger who leapt from his 11th floor balcony on a cruise ship was banned for life after filming the prank on his phone.

A cruise passenger who miraculously survived 10 hours at sea after falling off the ship was thought to have "climbed over the railing" after a row with her boyfriend.

However, a cruise expert explained it is "extremely difficult" to fall by accident from a large cruise liner.