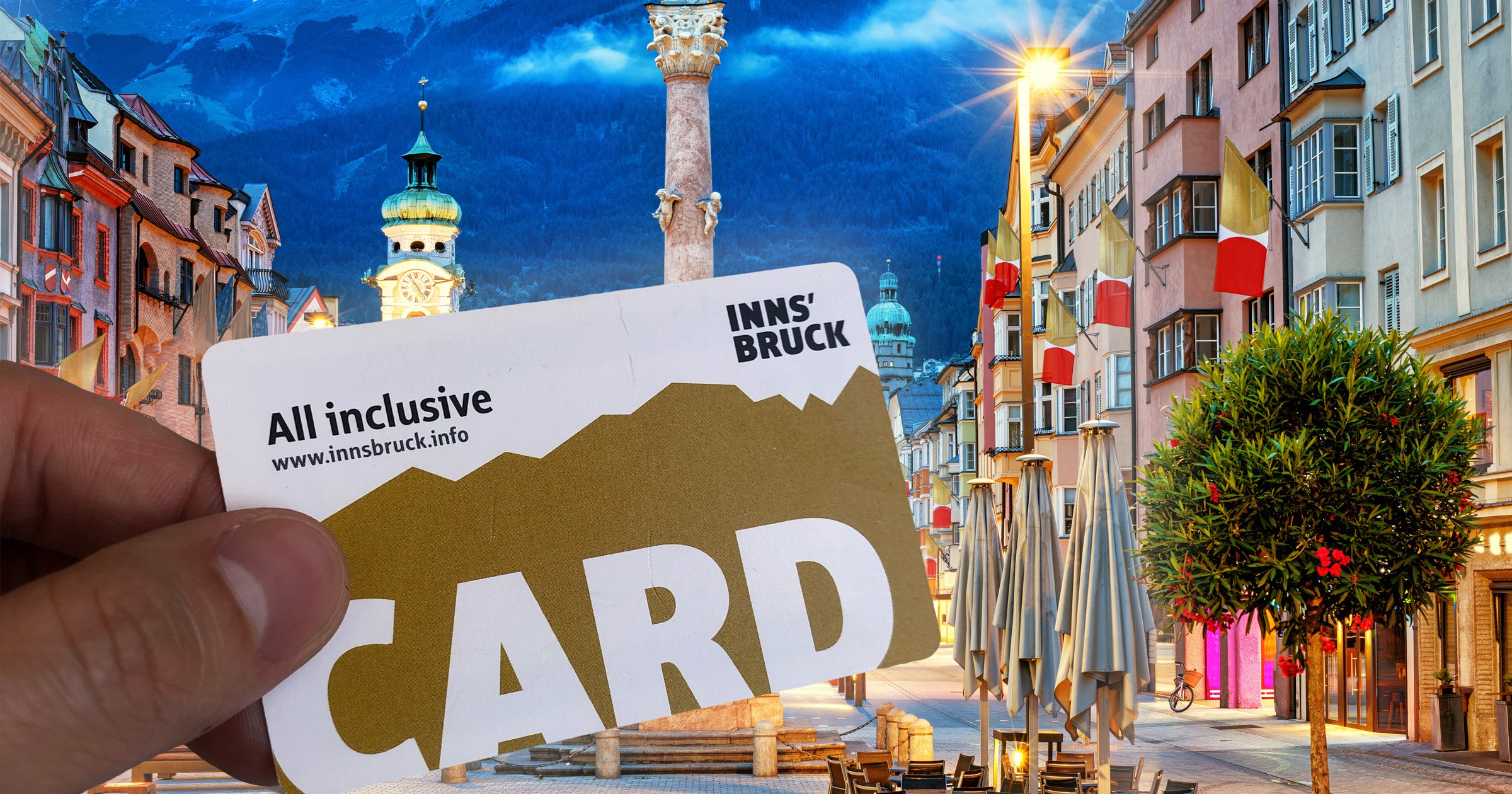 Have you ever dreamed of living in one of those Alpine cities where, on any given weekend, you could just grab your skis and hit the slopes for the day?

If so, consider Innsbruck’s new Ski Plus City Pass, which aims to give visitors the option of combining a city break with a ski holiday.

The idea is simple: it’s a travel card, lift pass and sightseeing ticket in one, giving users access to 300km of pistes across 13 nearby ski areas, as well as 25 attractions (including museums, a sightseeing bus and even three swimming pools).

Public transport in town is covered, as is bus travel to the resorts.

The first thing I notice about Innsbruck is that it’s a city – but only just.

For a start, the transfer from the airport to my hotel takes 15 minutes.

And sure, it has trams, a university and 125,000 people, but this is no rush hour-plagued metropolis – and it’s all the better for it.

I spend my first afternoon wandering around the beautiful old town, snow falling and the clove- laden smell of glühwein drifting through the streets.

I pop into the Tyrolean Folk Art Museum, the Hofburg Imperial Palace and the Hofkirche, with its statues of 16th-century royalty, all blissfully quiet. If, like me, you prefer your city break to actually be a break, you’ll enjoy it.

I’m staying at Stage 12, a design-heavy hotel in the centre that’s the antithesis of kitsch chocolate-box chalets, with a spa on the roof and a buzzy bar on the ground floor full of after-work drinkers and people on Tinder dates.

After a couple of Schilerols, Austria’s answer to the Aperol spritz, I jump in a cab to aDLERS, a hotel, bar and restaurant on the 12th floor of a tower on the other side of town for dinner, eating while the city’s lights sparkle below (adlers-innsbruck.com/en).

The next day, I get my skis on. The closest slopes are 30 minutes away at the Nordkette, reached by a Zaha Hadid-designed funicular from the centre of town, then two cable cars.

It’s an off-pister’s dream but I decide to take the bus to Kühtai, Austria’s highest ski village, 40 minutes from central Innsbruck.

With just 41km (25 miles) of pistes, Kühtai is an ideal day trip with its reds and blacks and freestyle park making it good for intermediates and advanced skiers.

The next day I head to the Stubai Glacier, Austria’s largest glacier skiing resort, an hour away by bus.

It’s one huge, intermediate-friendly, north-facing snow bowl with wide, nigh-on empty pistes when I visit midweek, and views from the top that stretch to the Italian Dolomites and the Swiss Alps.

The season is long, lasting from October until June, and if you come mid-season, you can try the top-to-bottom 10km ski run.

After a couple of days’ skiing, I finish with some more sightseeing at Bergisel, Innsbruck’s Olympic ski jump, also designed by Hadid.

It also featured in Channel 4’s The Jump and on getting to the top it’s precisely the sort of thing you have nightmares about.

Nevertheless, the view is worth it. From here, you can see the city surrounded by the mountains.

And if you can’t decide which of the two appeals more, you don’t have to.

Ski plus City pass starts at £98pp for two days, innsbruck.info/en/skiing/ski-plus-city-pass. Flights from London to Innsbruck start at £22.99 one way, easyjet.com