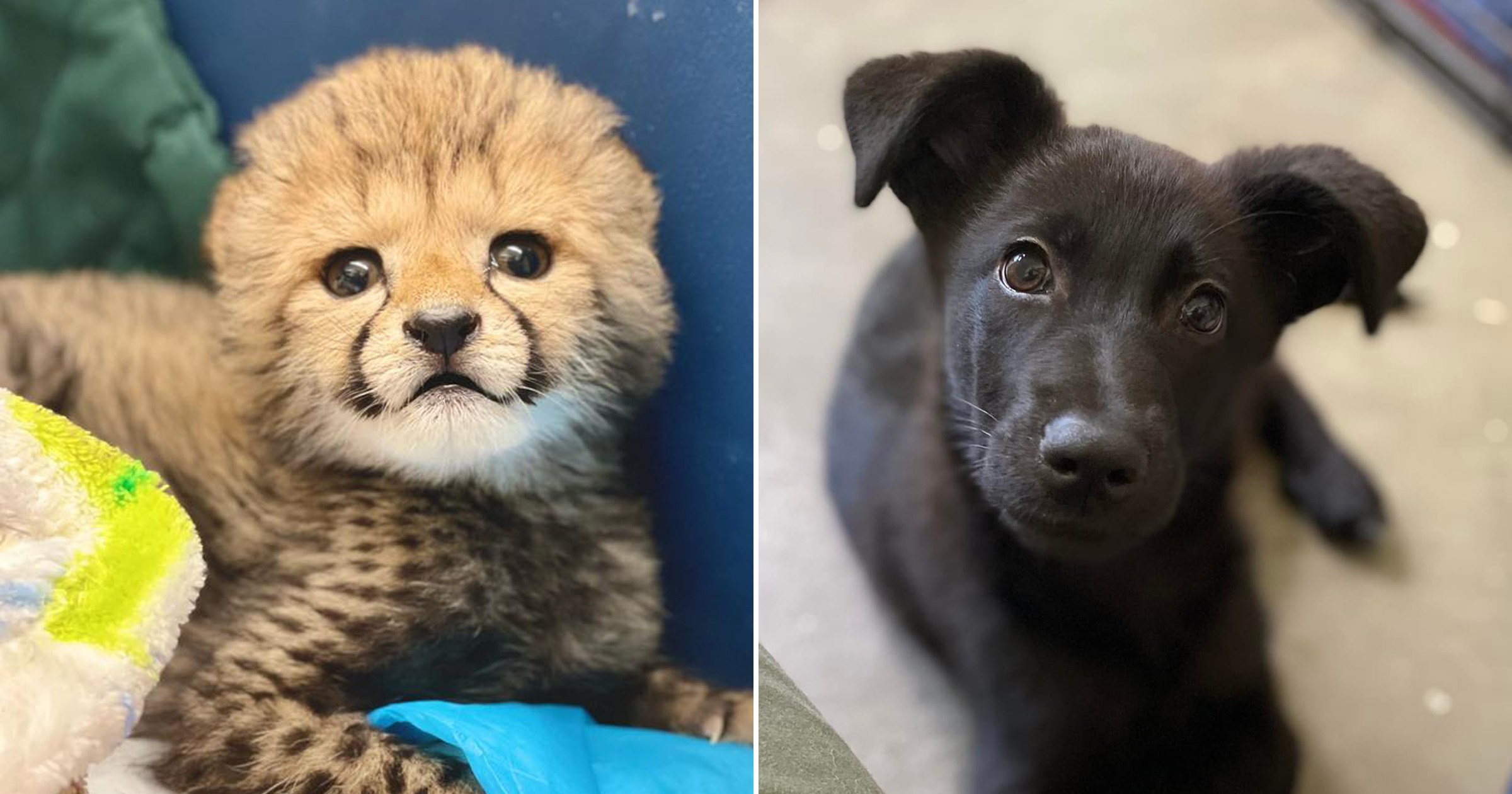 The Cincinnati Zoo and Botanical Garden, in Ohio, USA, has adopted an emotional support puppy for one of its cheetah cubs.

As Rozi the cheetah was born as the only cub in her litter, her mother won’t be able to make enough milk for her.

As a result, she needs to be hand-reared and requires some extra animal companionship – otherwise there’s a risk she won’t be able to socialise with others of her kind when she’s older.

This is where Daisy the pup – who was adopted from Animal Rescue Fund – comes into play.

Daisy and Rozi will be playmates at the zoo, in a bid to help keep the latter from feeling lonely and anxious as she grows.

Zoos have been pairing lonely cubs with pups for years, and Daisy isn’t the first dog to come live at the Cincinnati Zoo.

Another cheetah, Kris, has grown up with a dog pal called Remus – they met in 2019 and still have play dates together.

According to another post, these two will keep hanging out until it becomes apparent that ‘Kris prefers time more on her own than with Remus’.

The zoo first shared news of Rozi’s arrival in May with a very cute Facebook video, which shows her toddling toward the camera.

A rep wrote on the zoo’s post: ‘Say hello to our newest cheetah ambassador! Radiographs prior to the cub’s birth revealed that the mom, who lives at Wildlife Safari in Oregon, was carrying a single cub.

‘When a single cub is born, the mom will not produce enough milk for it to survive. Knowing that the cub would need to be hand-reared, the cheetah Species Survival Plan (SSP) identified Cincinnati Zoo as the best place for this cub to be raised.’

The post goes on to say that their neonatal team will be caring for the (then) four-week-old female.

Once she’s older, she will be a member of their Cat Ambassador Program (CAP) and join their other cheetah ambassadors in the Cheetah Encounter.