Revealed: Riga is the cheapest destination for a European Christmas market break and Vienna is the most expensive

Riga has been named as the best-value destination for British holidaymakers on a Christmas market break for the third year running.

A study looked at the prices in 13 European cities taking into account the cost for two people of return flights, two nights’ B&B accommodation, transfers, two evening meals with wine and coffee and festive drinks and snacks at the market.

It revealed that Britons would have to shell out £497 to fully enjoy the festivities in the Latvian capital, compared to £777 in Vienna, which was found to be the most expensive destination. 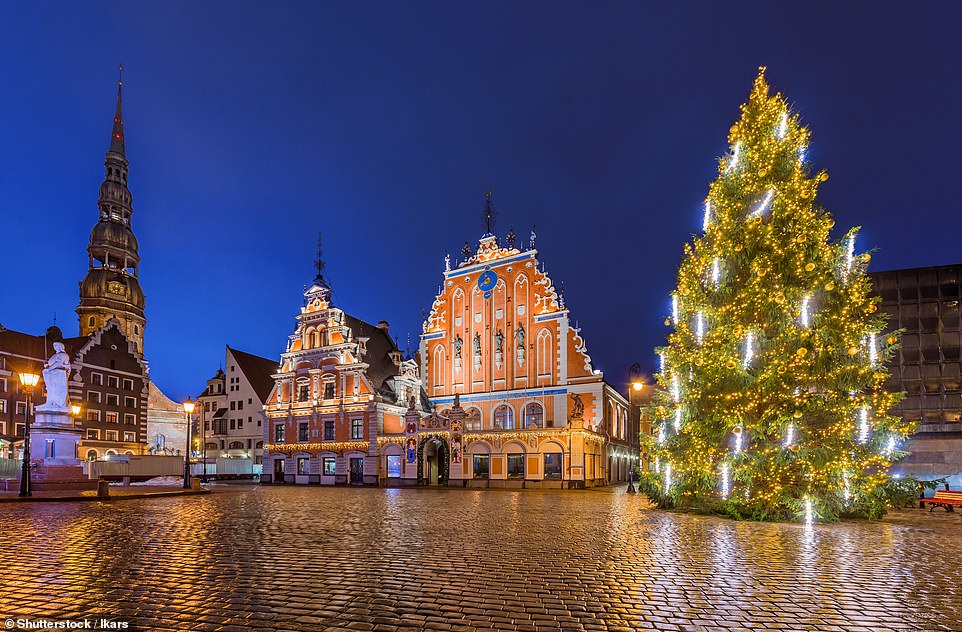 Riga, pictured, has been named as the best-value destination for British holidaymakers on a Christmas market break for the third year running

The research was carried out by Post Office Travel Money as part of its annual Christmas Markets Barometer.

It found top-ranked Riga is 1.2 per cent cheaper than a year ago.

This is the result of availability of low-cost hotel accommodation and flights because the city was ranked only sixth cheapest for meals and drinks.

Prague (£613) was cheapest on the ground but the higher cost of a two-night flight and accommodation package meant that it has fallen from second to fifth place.

This year’s runner-up Zagreb, capital of Croatia, is another bargain option for UK shoppers with a barometer total of £523 for a two night Christmas Markets break for two people.

Post Office Travel Money included the city in this year’s survey for the first time because it has been rated the best European Christmas Market for the past three years.

And completing an Eastern European top three is Tallinn, the capital of Estonia, which took third place with a barometer total of £531, which is 13 per cent lower than last year.

With a total barometer cost of £575 for two people, it is also closest to the UK with an 82-minute train journey from London.

Barometer prices have plummeted by 17 per cent since last winter, mainly because the cost of a Eurostar train and a hotel package has fallen significantly.

Despite reports of its volatility, sterling is not the negative factor that might have been expected for UK visitors to European cities because it is worth more than a year ago against all seven currencies for the cities featured.

Also, competitive local pricing means that the overall cost of a two-night break is lower than a year ago in seven of the 10 cities that were also surveyed 12 months ago (Zagreb, Krakow and Strasbourg are new to the poll this year).

The biggest barometer falls were seen in Scandinavian cities. Prices were down 21 per cent in Stockholm (£625, eighth place) and 26.4 per cent in Copenhagen (£655, 10th place). 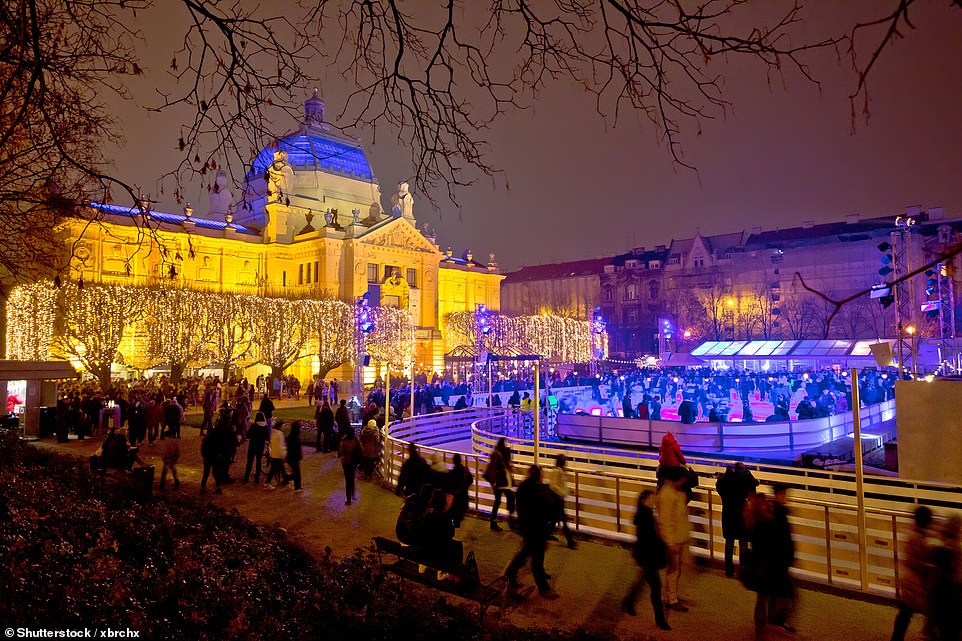 Runner-up Zagreb, pictured, the capital of Croatia, is another bargain option for UK shoppers. It has been rated the best European Christmas Market for the past three years

PRICE OF 10 DESIGNER ITEMS ACROSS EUROPE

Nick Boden, head of Post Office Travel Money, said: ‘Our research found that Prague was one of only three cities where package prices have risen.

‘Big falls of over 25 per cent in many other cities suggest there is more flight and hotel availability this year, resulting in strong competition for business and lower prices.

‘This makes it a great time for holidaymakers to plan bargain Christmas Markets trips.’

In separate research, Post Office Travel Money also surveyed prices away from the Christmas markets for 10 festive gift items in the 13 cities and compared these with the cost in London, £1,418.98.

Six cities scored totals that were lower than in London, with the biggest savings to be made in French cities.

The overall cost of the 10 items was 6.6 per cent lower in Strasbourg and 5.6 per cent less in Lille than in London.

Prices were also 4.8 per cent cheaper in Prague and cost 3.5 per cent less in Munich than in London, while they were marginally lower in both Vienna and Berlin.

Post Office included the cost of a gift box of Lindt chocolates for the first time in the research and found that prices for this item were lower in Copenhagen, Krakow, Prague and Riga than in London. 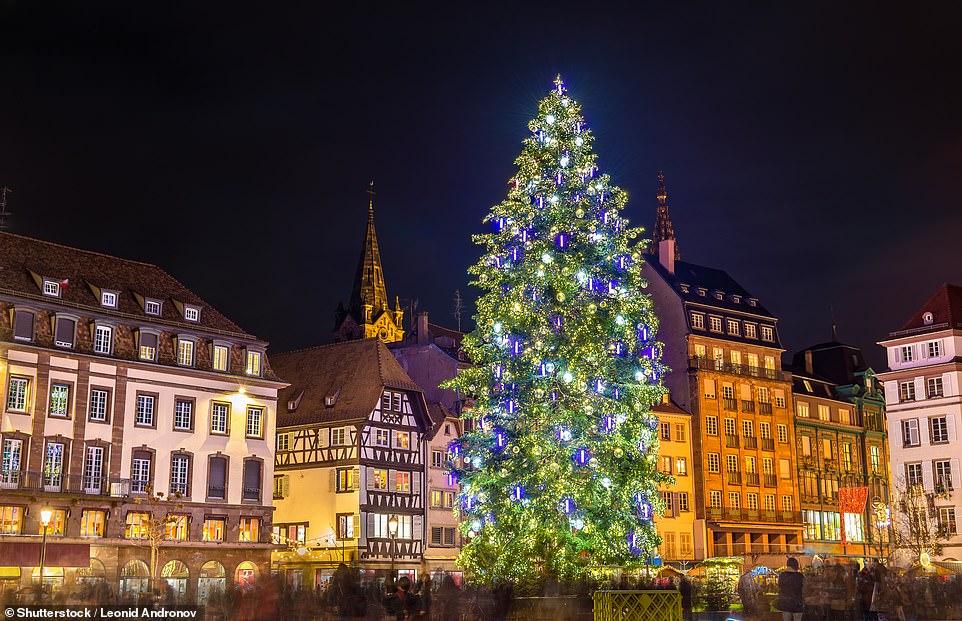 In separate research, Strasbourg, pictured, was found to offer prices that were 6.6 per cent lower than in London for 10 designer Christmas gifts

However, the Post Office found that UK visitors can expect to pay 24 per cent more for the gift basket of items in Copenhagen and 25 per cent extra in Krakow than in London.

It also found that not a single item was cheaper in Budapest than in London with the result that shoppers would pay nearly 13 per cent extra if they purchased all 10 items.

Nick advised: ‘Shoppers should think twice before using a credit or debit card to pay for gifts as they run the risk of paying extra non-sterling transaction charges without realising it.’