From America’s jaw-dropping Monument Valley to New Zealand’s ‘adventure capital’ of Queenstown: Rough Guides reveals the 100 best places on earth to visit in 2020

How about taking a trip to the vast yet intricate Forbidden City in Beijing, taking to the roads that follow the rugged shore on the Pacific Coast Highway or exploring Queenstown, New Zealand’s adventure capital?

They’re all locations that are listed in a brand new book by Rough Guides called The Rough Guide to the 100 Best Places on Earth.

It features the destinations Rough Guides’ team of authors and editors believe are ‘unmissable, underrated, up-and-coming or back on the tourist map’.

The book says: ‘Taking in exhilarating mountain scenery, dazzling cityscapes, pristine tropical islands, atmospheric ruins and sweeping savannahs, this book reaches every corner of the globe in the search for 2020’s most spectacular spots.’ 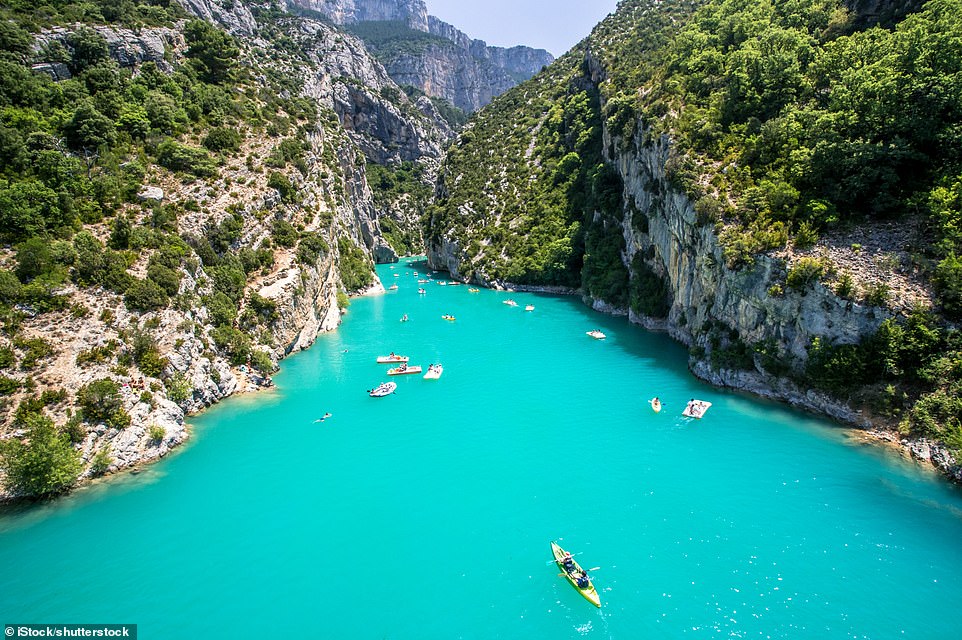 The Gorges du Verdon in Provence is hailed by the book as having ‘breathtaking beauty and majesty’. It is peppered with ‘spectacular viewpoints, plunging crevices up to 700m deep and glorious azure-blue lakes’. The tome adds: ‘This area of Provence in France is absolutely irresistible’ 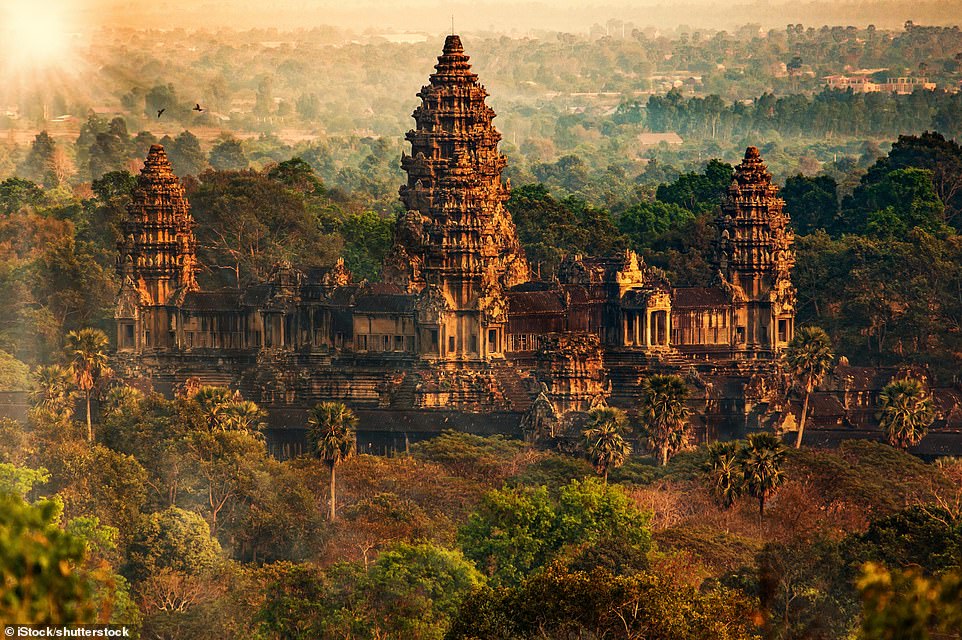 The world-famous temples of Angkor dot the Cambodian countryside ‘rising out of the enveloping forest like the classic lost-in-the-jungle ancient ruins of every Hollywood filmmaker’s wildest dreams. Angkor Watt itself, pictured, is made up of five soaring towers hemmed in by a moat. It was built around 1113 and 1150 by Suryavarman II. The book says: ‘Stunning from a distance, its intricacy becomes apparent as you approach, with every surface covered in fine detail. Throughout the day the colour of its stone changes with the light’ 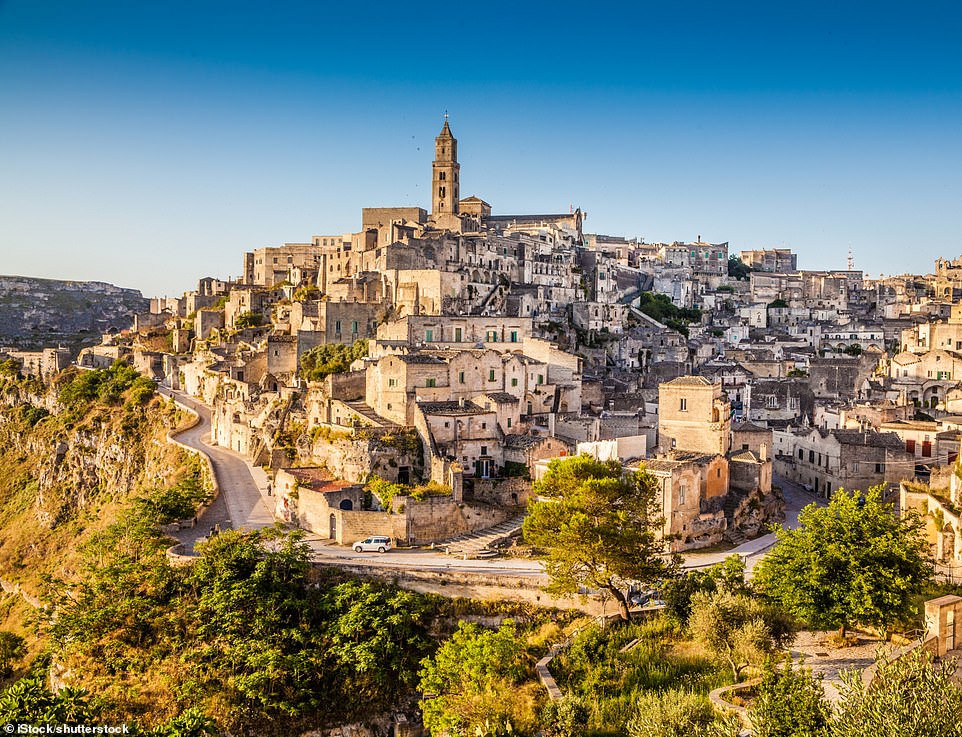 Tucked away in Italy’s southern Basilicata region, the guide says there aren’t enough superlatives to describe Matera, pictured. The city is carved out of rock and its cave dwellings were inhabited from the Paleolithic Age until just 60 years ago. The book adds: ‘Be sure to make time to explore a Case Grotte, a reconstructed, traditional cave, to gain a fascinating insight into the beating pulse of Matera, past and present. Zigzag through the sloping streets, pausing at Santa Lucia alle Malve and the Crypt of the Original Sin to take in extraordinary eighth and 13th-century frescoes’ 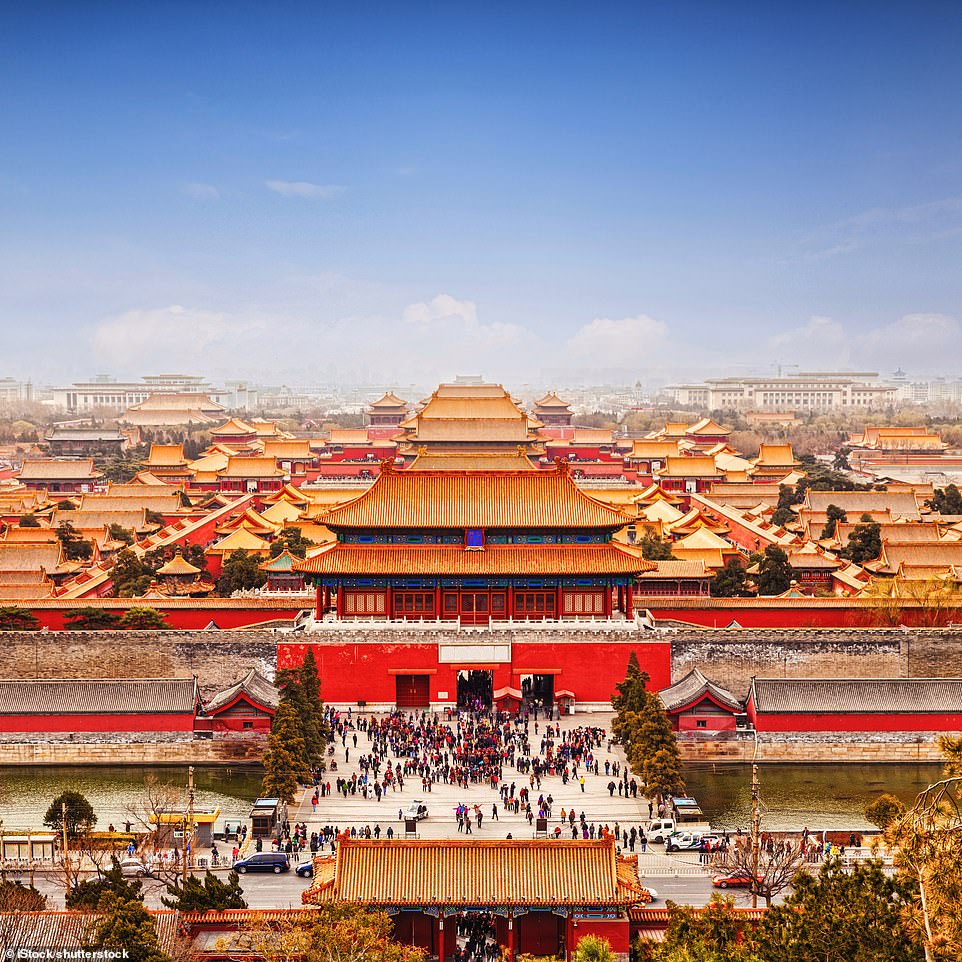 The Forbidden City – or the Imperial Palace – lies in the heart of Beijing and according to the book is among China’s finest monuments. It is encased by a moat and is composed of 11 south-facing Halls or Gates, which are described as ‘exquisite and ornate’. Branching off from this are 800 buildings that have imperial red walls and yellow roof tiles. Elsewhere, jade green, gold and azure blue decorate the woodwork, archways and balconies. According to the book, for many visitors, it’s the side rooms, with their displays of the more ‘intimate accoutrements, that bring home the realities of court life for its inhabitants’ 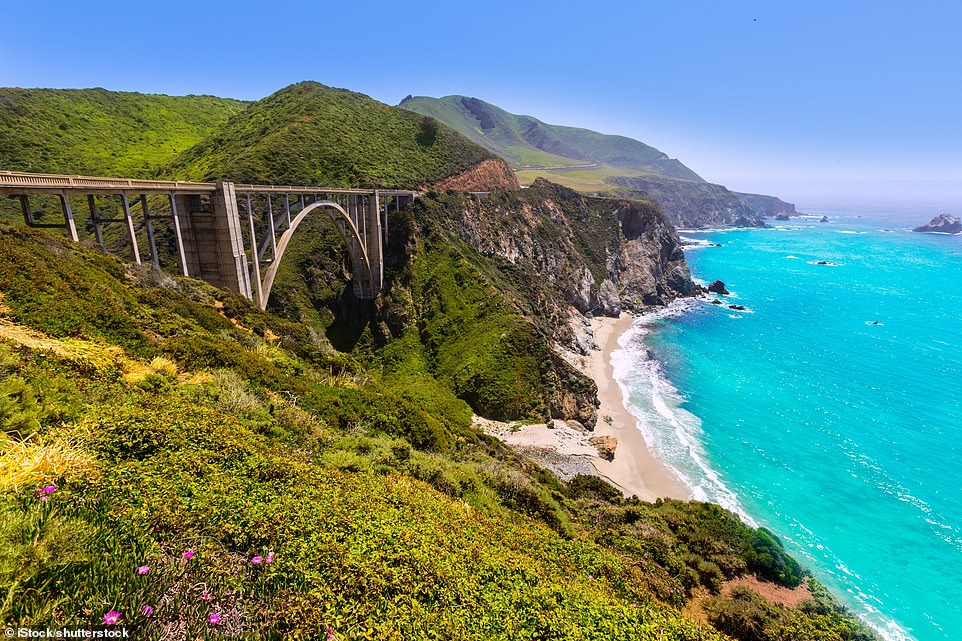 The Pacific Coast Highway follows highways 1 and 101 and runs from the sunny beaches of San Diego to the redwood forests of Northern California. Highway 1 was closed for more than a year in 2017 due to massive landslides but has now re-opened following a $54million reconstruction. The guide says: ‘Hugging the cliffs, the road winds high above the rugged shore, giving dramatic views of white-capped surf pounding against the rocks below and sun-sprinkled waves stretching out across the horizon’

Memphis and the Deep South, USA