FILMED at a villa in the Tuscan hills, Liam Neeson’s heart-warming new comedy will have you dreaming of an escape to this stunning slice of central Italy.

Made In Italy sees the Taken action hero play widower Robert who has inherited a villa from his late wife and must do it up with his estranged son Jack (Neeson’s real lad, Micheal Richardson). 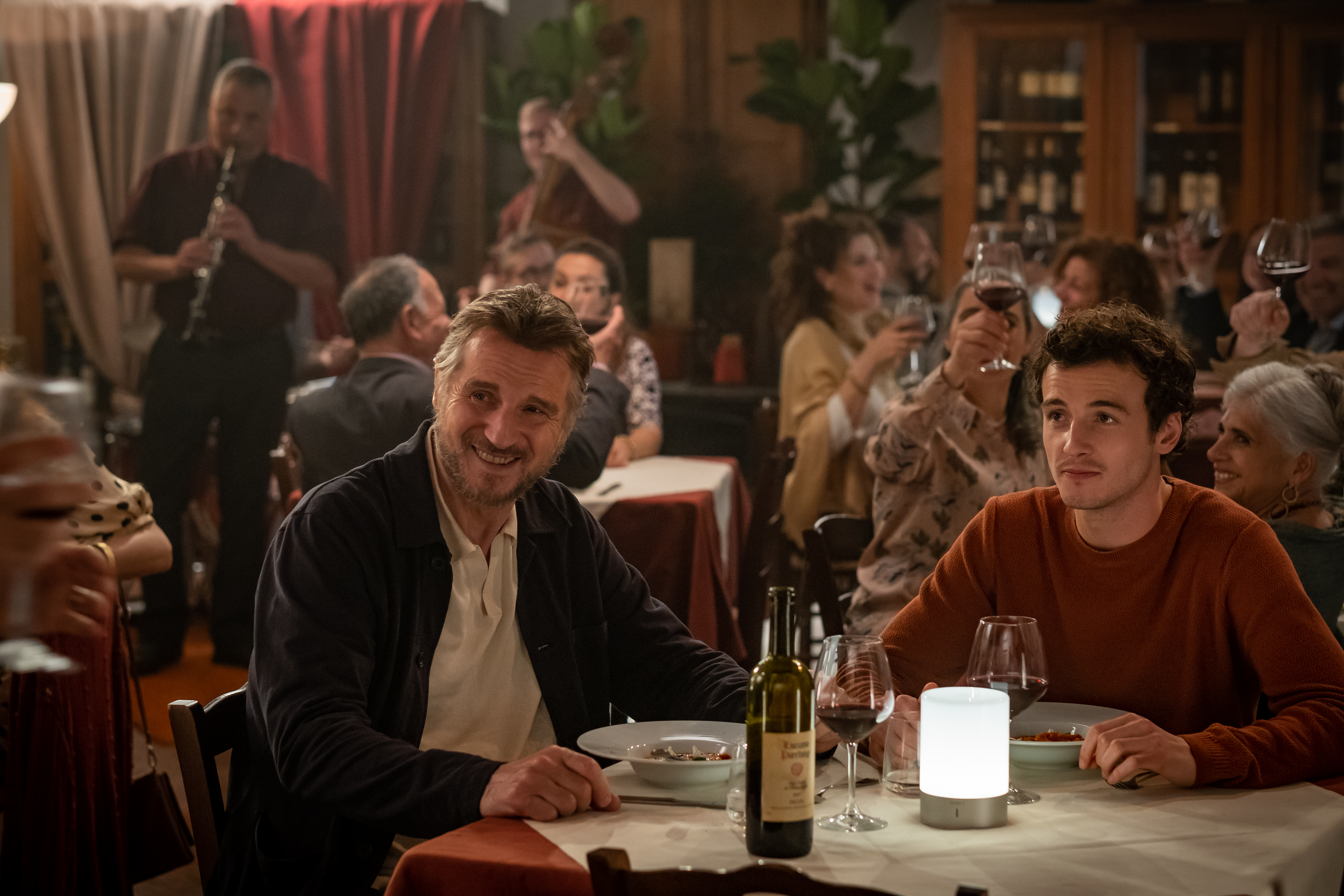 Set in the village of Montalcino in the Unesco Val d’Orcia, the film shows the pair rebuilding their relationship with the help of the region’s natural beauty, hearty Italian food and friendly locals.

And for those of you inspired to seek your own rest and relaxation in the Tuscan hills, here’s our guide to the region.

IN the film, young Jack falls for Natalia (Valeria Bilello), an Italian chef who restores both body and soul with heaps of Italian food from her local trattoria.

Helping create the film’s authentic food was Daria Cappelli, who runs Ristorante Daria in the village of Monticchiello.

Her wine bar and osteria serves up traditional Tuscan food with a creative flair and attention to detail. Think aubergine soufflé to local salumi and cheeseboards and tender beef cheeks braised in red wine with potatoes. See ristorantedaria.it. 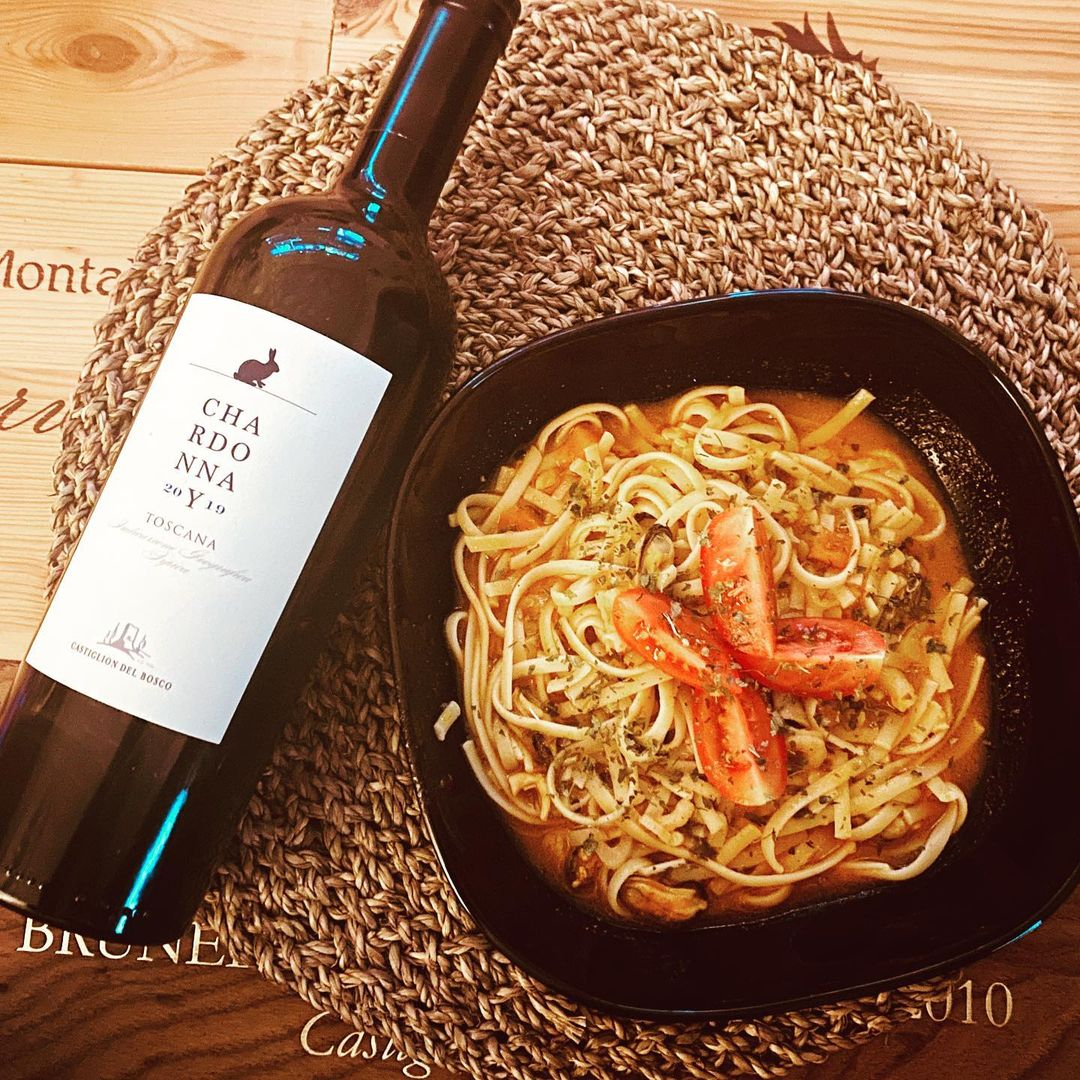 THE village of Montalcino was one of the first regions to embrace wine tourism.

Its wines are known as Brunello and there are dozens of wineries offering tastings and tours of the vineyards and cellars. You’ll learn all about the history of the award-winning grapes that produce one of the nation’s priciest plonks. 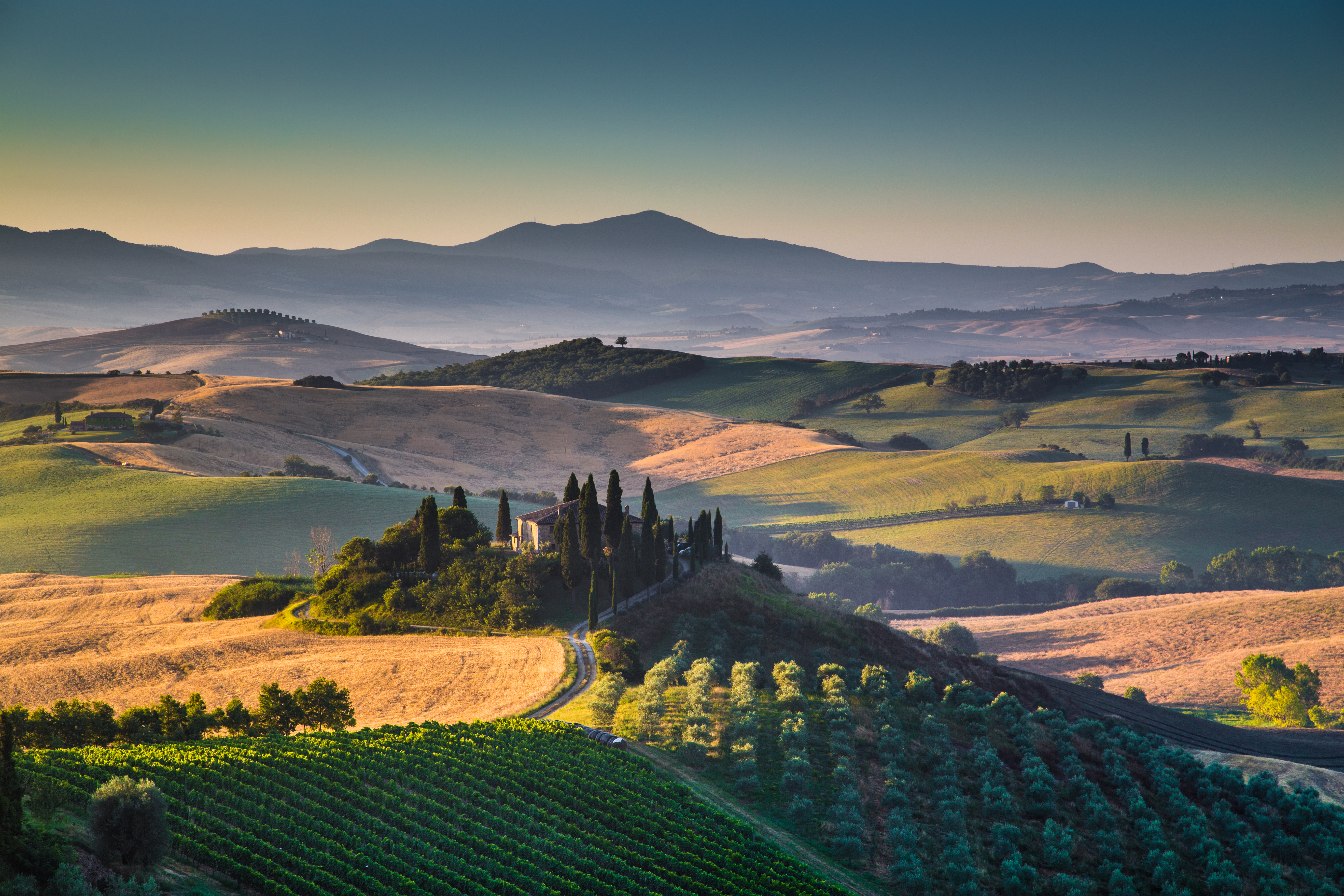 IF you’re visiting outside the peak summer season there’s nothing quite like warming your toes in the natural hot springs of Bagno Vignoni.

The main central square of this unique Roman town is a pool filled with hot spring water. While visitors no longer bathe in the main pool, if you head down-stream you’ll find small canals of hot springs where you can take off your socks and shoes for a quick soak.

Farther downstream is a large pool in which you can fully submerge, with smaller pools even farther that get gradually cooler. 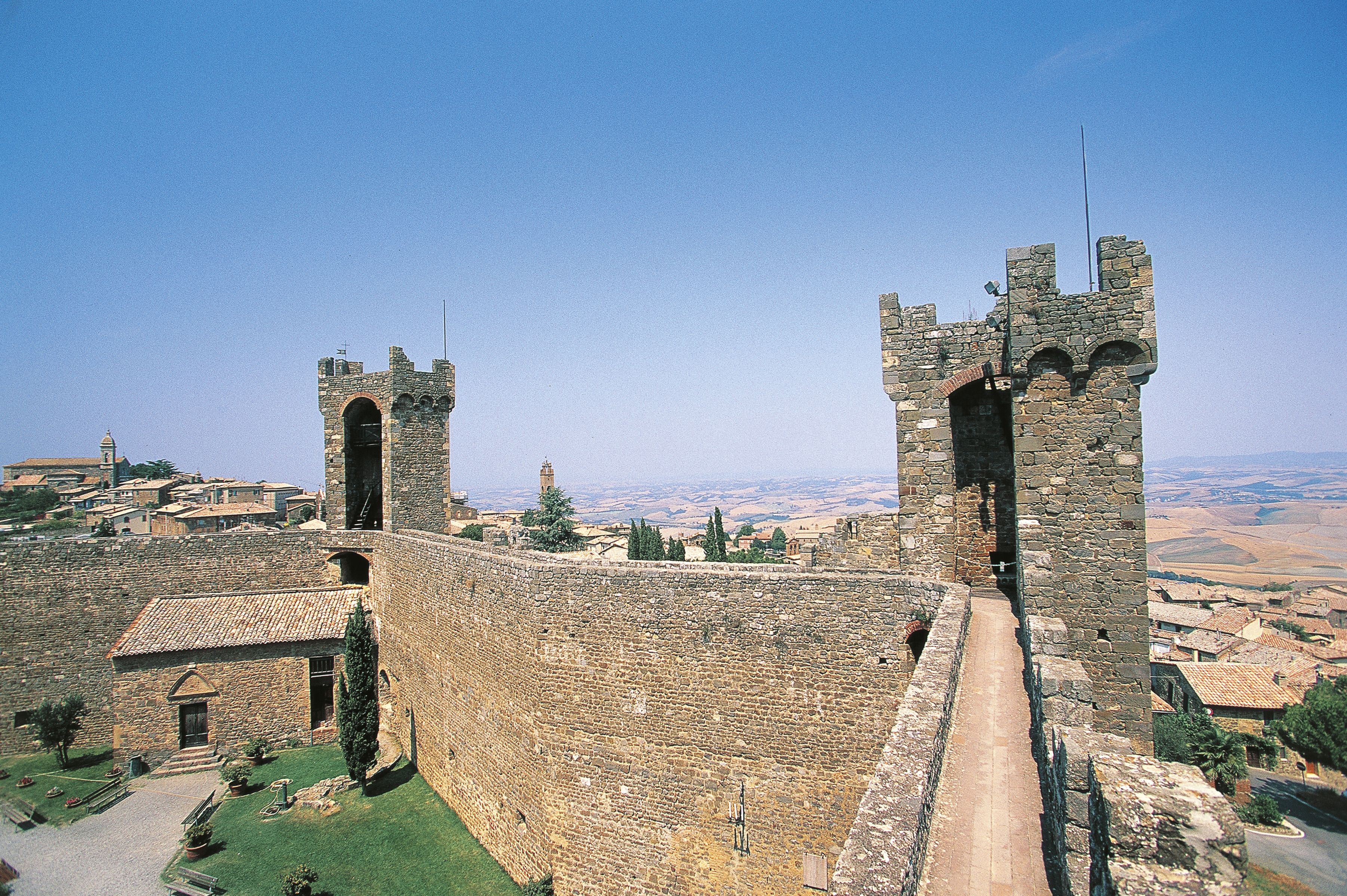 WITH its winding roads, rolling hills and medieval fortified towns, driving through the Val d’Orcia can feel like you’re inside a Renaissance painting. Self-drive tour Montepulciano & Pienza With A Local, bookable on Airbnb, is a great way to see the best sights. Tour guide Elisona reveals the secrets of the region’s history and culture — from £49pp.

Her tour, which you’ll need your own car for, takes in wine-tasting in Montepulciano and the best viewing spots of the Val d’Orcia from the little-known town of Pienza. There is some cheese-tasting thrown in for good measure, too. See airbnb.co.uk/experiences. 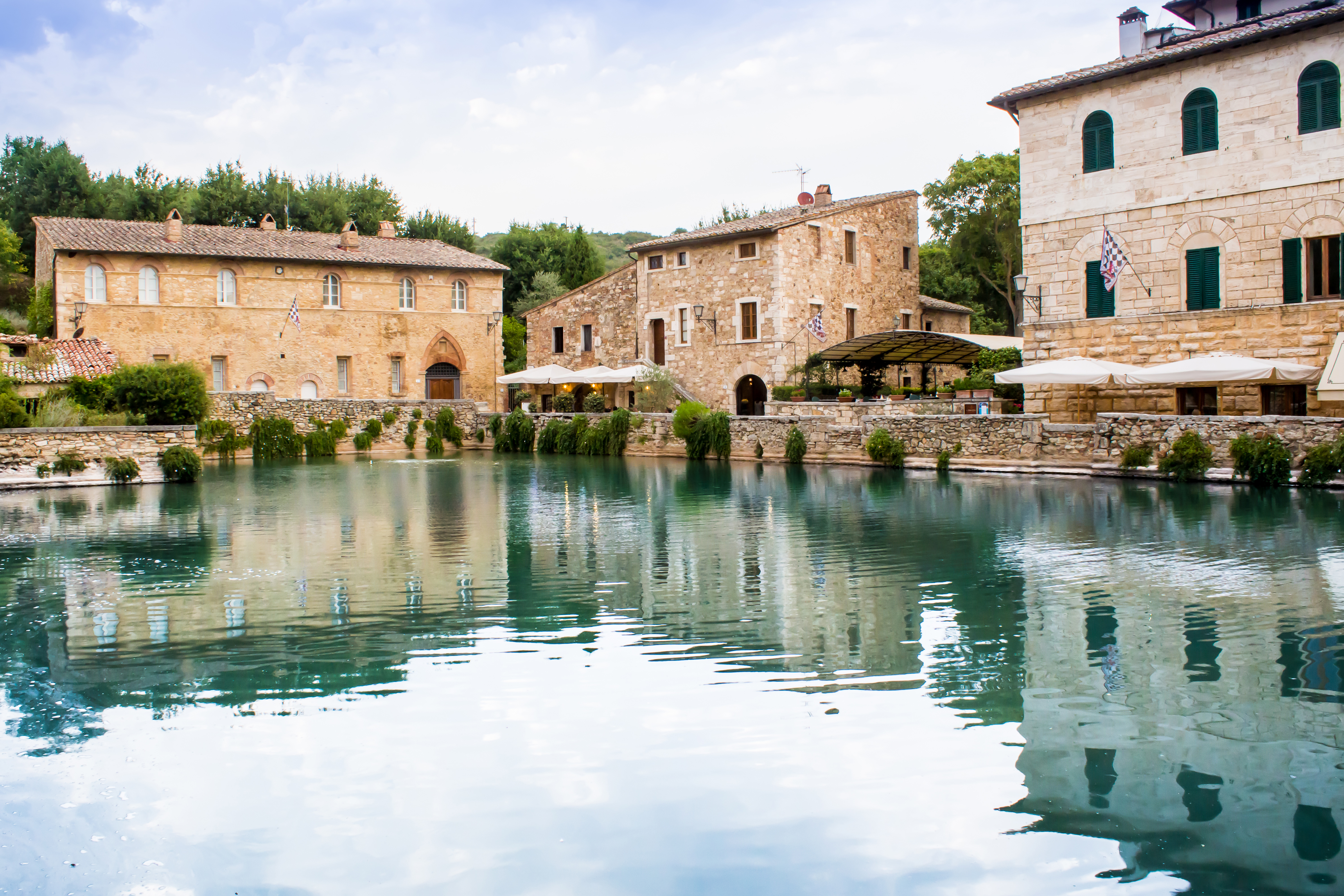 FOR a delicious day out try the family-friendly cooking class on an estate that dates back to 1635 and belonged to the wealthy Medici family.

Cooking With The Grand Duke Of Tuscany is a three-and-a-half-hour class run by married local chefs Walter and Alina. You’ll rustle up pasta and other local treats before tucking into lunch and going for a stroll around the estate. Cooking classes are from £66pp at airbnb.co.uk/experiences.

COVID: All travel corridors are closed and testing is required on return to the UK as well as ten days of self-isolation. Italy is currently entering a third wave of Covid-19 and has not yet announced when foreign tourism will restart.

STAYING THERE: Seven nights’ self-catering at La Torre villa with pool in the Val D’Orcia is from £377.66pp based on six sharing in September. See cvvillas.com.

GETTING THERE: Flights from the UK to Perugia are from £68 return in September at vueling.com/en.

Holidaymakers will find the region’s real villas in a much better state of repair than the movie’s fixer-upper.

In fact, Villa Camelia, the luxury 16-guest villa in the film, had to be turned into a wreck especially — before being put back again.

For a similar stay try Villa Brunello, a restored farmhouse made up of three apartments with views of the Orcia Valley. It has a pool and eight bedrooms.

Prices from just £8.38pp per night based on 14 sharing. See tuscany-villas.co.uk.

Made In Italy streams exclusively on Amazon Prime Video from Friday.