TURKISH police have been accused of using cling film to restrain a Cameroonian businessman on a flight after he was caught using fake documents.

They allegedly handcuffed him with cable ties and tied his ankles with scotch tape, before wrapping him in plastic and sticking a tissue inside his mouth. 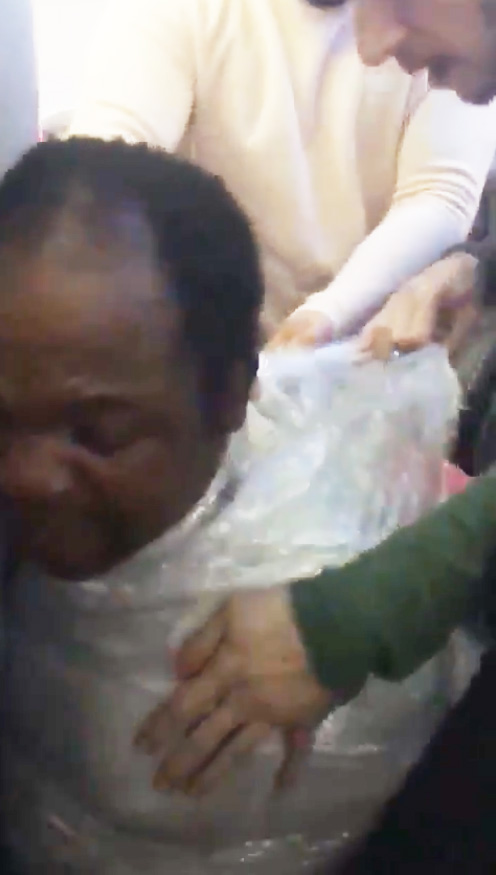 Reports said that the footage of Emmanuel Fosso Someon Chedjou, 47, being restrained in the plastic wrapping normally used at the airport to protect luggage, caused outrage in the African state.

He was apparently being sent home and deported on Turkish Airlines flight TK667 after being stopped with a fake visa.

Chedjou claimed that he was on a business trip to Dubai and left Istanbul Airport to get some air during an eight-hour layover, but passport control said that his transit visa was faked and placed him in custody.

Chedjou said that he used a travel agency for all of his travel arrangements and only realised when he was stopped that he had apparently been ripped off. 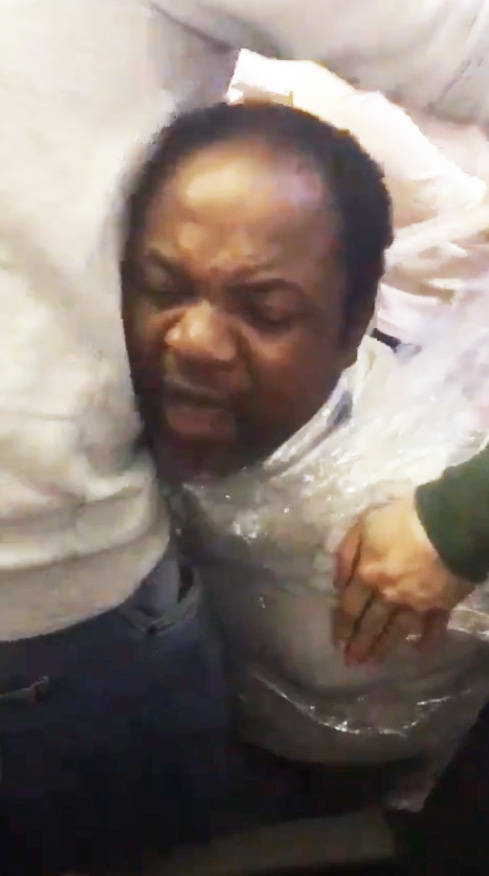 He said: "I was taken to some sort of detention centre and I found my partner there who had been arrested in the meantime."

According to the Cameroon national, the authorities asked him to sign paperwork in Turkish, which he was unable to understand, while also refusing his request for a lawyer, then confiscated $2,400 (£1,860) from him.

He also alleged that he had been mistreated and beaten by Turkish officers before being wrapped in plastic like an item of luggage for the flight home. 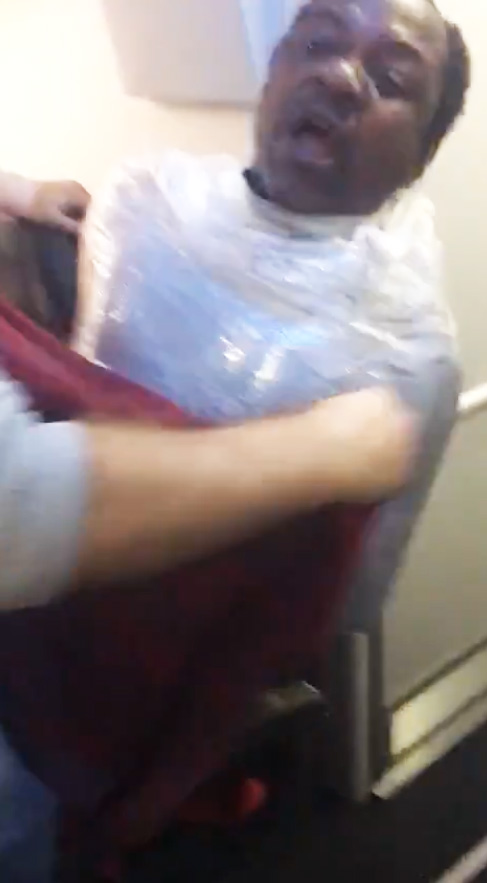 They allegedly also stuffed tissue in his mouth and paced sticky tape on top to gag him, but he managed to call out for help once on the plane.

Other passengers then rushed to his aide and took to social media to complain about the man's treatment.

Two clips shared on Twitter of the man wrapped in plastic have been viewed 60,000 and 45,000 times respectively. 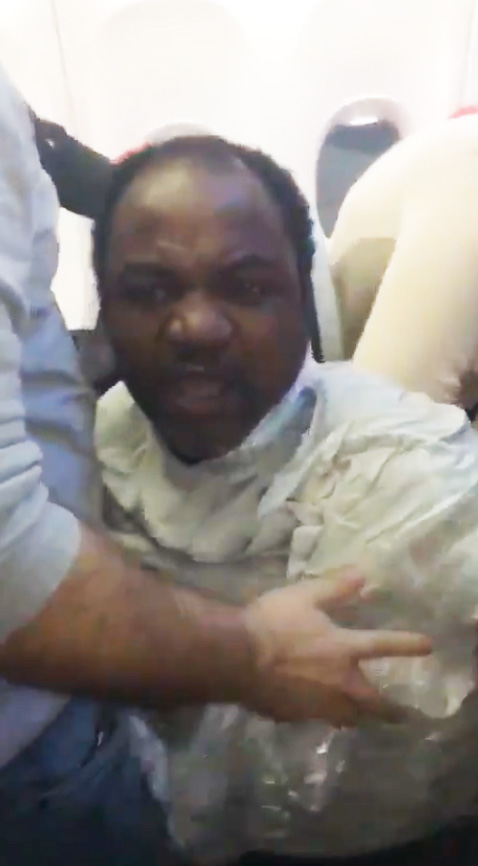 Sun Online Travel has contacted by Turkish Airlines and Istanbul Airport for comment.

Earlier this month, a British dad was banged up in an Egyptian jail for sexual assault – after patting a security guard on the back.

In 2018, a British mum-of-three was locked up in Dubai with her four-year-old daughter after drinking a single glass of wine on an Emirates flight from Gatwick.