Should children be BANNED from flying business class? Two of the Mail’s travel editors go head to head on the issue, with Sarah Hartley saying YES, and Ted Thornhill saying NO…

Turning left on an aircraft is a pricey experience, usually costing thousands of pounds.

Those who fork out for it expect peace of mind and relaxation. So should airlines make it an adults-only treat? Here two of the Mail’s travel editors go head to head on the issue, with The Mail on Sunday’s Sarah Hartley arguing for children to be banned from the pointy end of planes, and MailOnline’s Ted Thornhill arguing that adults shouldn’t throw their toys out of the pram if kids fly in the posh seats. Let them in, he says. 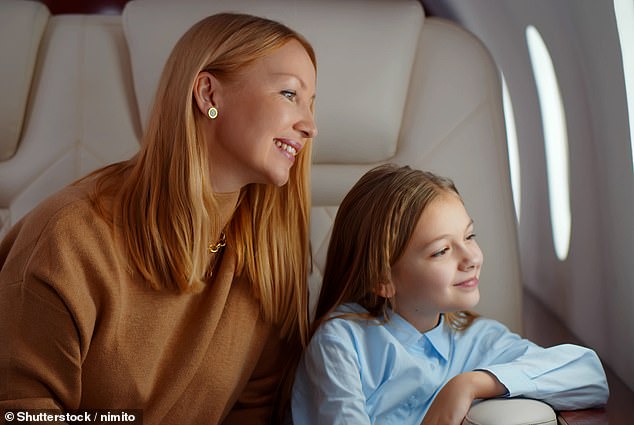 Have I flown business and first class? Hell yes – but years before I was a travel editor or a mother. What a treat to turn left and turn off from the outside world. What bliss to be waited on hand and foot in the cocoon of a cabin where business travellers plugged into their spreadsheets and I tucked into a good read and Champagne. Throw children into this heady mix of adult relaxation? What? Why?

On one gruesome flight from California, a mother had abstained from all duties, reclined, swaddled in blankets, eye mask on.

Seated behind (actually rarely seated) were three-year-old twins plus nanny. Did the engine noise cancel out their shrieks? Or their little feet pounding the aisle as they waved their arms as if on a roller coaster? No. Were they having the time of their lives? You bet.

The hot-cheeked nanny took it in her stride. The crew did their pleading best and my fellow passengers were riled, verbal and unable to relax.

My favourite airline still calls it ‘the finest way to travel’.

Price tag today for that flight? £5,840. It was literally inescapable misery. My blood boiled. Not because of the children, or the nanny or the do-not-disturb mother but – because of the ridiculous airline policy. Keep kids to economy and do not treat business class like a flying kids’ club (please). 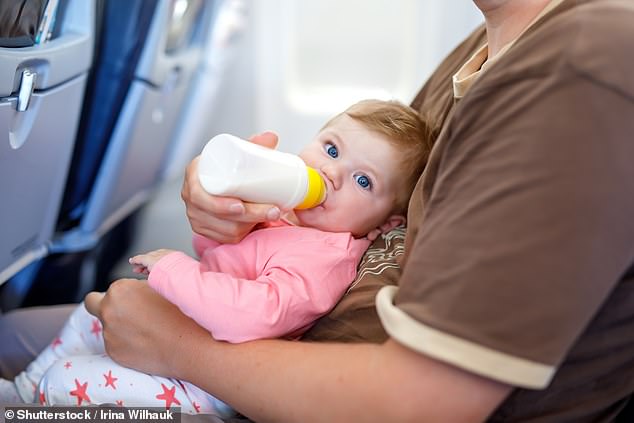 ‘Why ring-fence economy as the creche, where it’s more difficult for parents to deal with mishaps?’ argues Ted Thornhill

‘You should have seen the look on the man’s face opposite – total horror.’

So said my partner to me after she flew first class in a British Airways 747 with our then 18-month-old daughter (I was in economy, having loaned her my first-class press ticket). He was clearly panicking that his extremely expensive cocoon was going to be compromised by a vortex of chaos instigated by our munchkin.

What happened? Nothing happened. Well, she silently pooed her nappy, but then fell asleep for the rest of the flight in the bassinet.

Business and first class is probably the very best place on a plane for little ones – they can’t kick the seat in front, because their legs won’t reach, and there are a plethora of built-in distractions for them, from seat buttons to huge entertainment screens. And there’s a higher ratio of crew to passengers, so more help available.

Parents just need to be prepared, that’s all, and come armed with their children’s favourite toys, books and food. And in emergencies, there’s always the option of taking them out of the cabin. Most people in business class are in their own worlds, anyway, watching movies with complimentary noise-cancelling headphones and oblivious to everything going on around them.

As for the argument that people might have paid a lot of money for business class and are therefore entitled to a zen-like temple experience… Well, as a proportion of their wealth, those at the back may well have spent the same amount – so why ring-fence their space as the crèche, where it’s more difficult for parents to deal with mishaps?

Kids in business class? Let’s not throw our toys out of the pram about it.