A new stand-up aircraft seat has been branded ‘torture’ and a ‘no go’.

The seat is called the Skyrider and has been designed by Italian seat manufacturer Aviointeriors, with the latest iteration – the 3.0 – on display at the Paris Air Show recently.

The seat is so upright passengers have to stand up to use it, more or less. 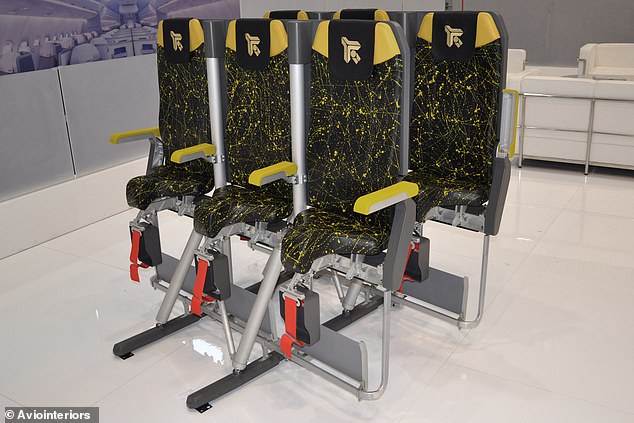 The Skyrider 3.0 seats that were unveiled at the Hamburg Airline Passenger Experience Association Expo earlier this year. They were on show at the Paris Air Show earlier this week

Several aviation journalists and fans at the show tried it out – and some of the verdicts were withering.

Taking to Twitter, Andreas Spaeth, an aviation journalist, wrote: ‘Squeezing my 1.88m frame into a 23in stand-up seat proposed by Aviointeriors is a no go for over 10 minutes.’

‘I tried something similar @theAPEXassoc and couldn’t fit into the back row. So far, no airline takers after a decade although there’s Doug Parker. #airlines #paxex’. 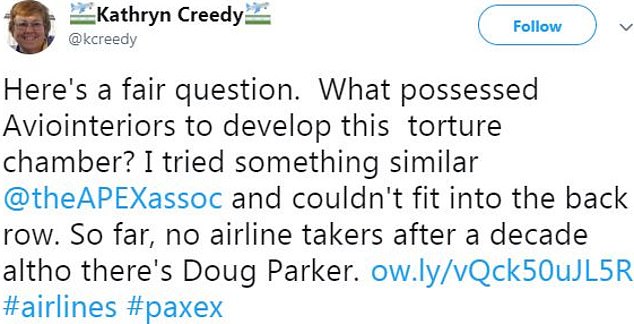 Tim Jue, who describes himself as an ‘aviation geek’, tweeted: ‘Saddle class anyone? Unaware of any carriers who have gone this route to install a quasi-standing/ sitting seat – but it’s out there if an airline really wants to pack folks in. (You get a mini tray table at least.) #avgeek #PAS19 #paxex’.

Aviointeriors claims that its Skyrider design will enable carriers to fit 20 per cent more people into a cabin, as legroom will be diminished from around 28 inches to 23. 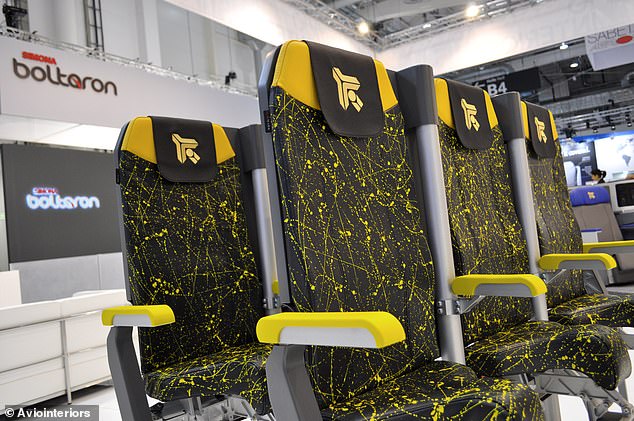 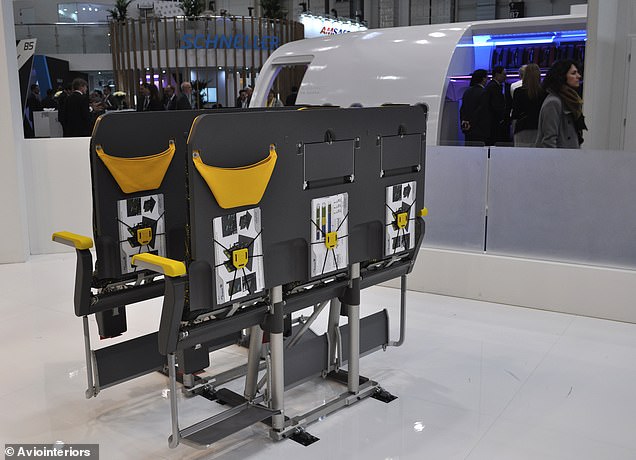 Skyrider 3.0 weighs 50 per cent less than standard economy seats and has a reduced number of components for ‘minimum maintenance costs’

It says the design could comply with the seating arrangements on an Airbus A321 and A320 and a Boeing 737. All three aircraft are usually used for short-haul flights.

The company added that Skyrider 3.0 weighs 50 per cent less than standard economy seats and has a reduced number of components for ‘minimum maintenance costs’.

It’s not known whether any airlines have bought the seating yet. MailOnline has contacted Aviointeriors for comment.