The £85,000 glamping experience set to launch at the NORTH POLE: Guests in most northerly hotel in the world will enjoy en-suite pods with glass ceilings

Glamping is set to arrive in the North Pole thanks to an extraordinary luxury pop-up experience that’s launching next year.

It’s the world’s most northerly hotel and guests will stay in luxury en-suite pods with glass ceilings. The set-up even includes meals cooked by a chef, an Arctic wilderness guide, a camp manager and security. 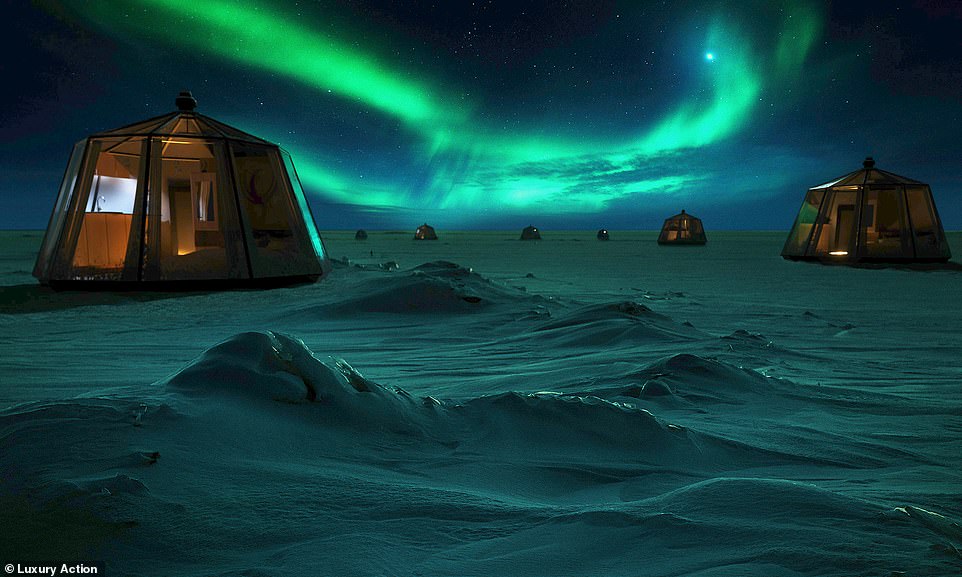 A rendering of the North Pole Igloos Hotel, which is due to open next year. It will be made up of 10 glass pods 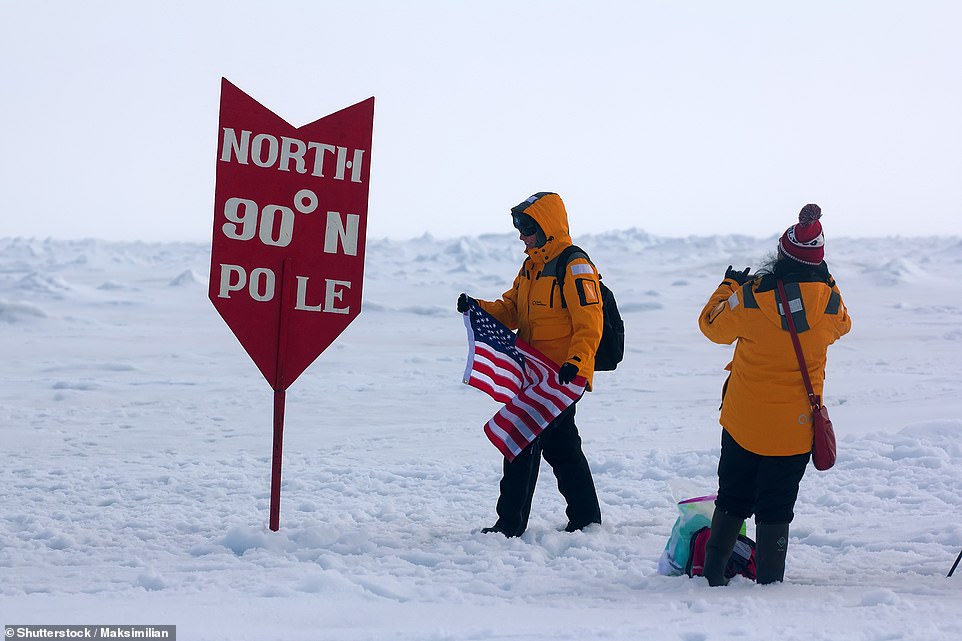 The hotel will be the most northerly in the world. This image shows the marker at the North Pole

The mini-resort will be called North Pole Igloos Hotel and is made up of 10 heated domes.

The experience, which is offered by Luxury Action, will start in the Norwegian archipelago of Svalbard.

Guests will spend two nights there before taking a two-hour helicopter flight to the North Pole ice camp.

They will then make their way across a glacier to the North Pole Igloos Hotel for a night at the top of the world. 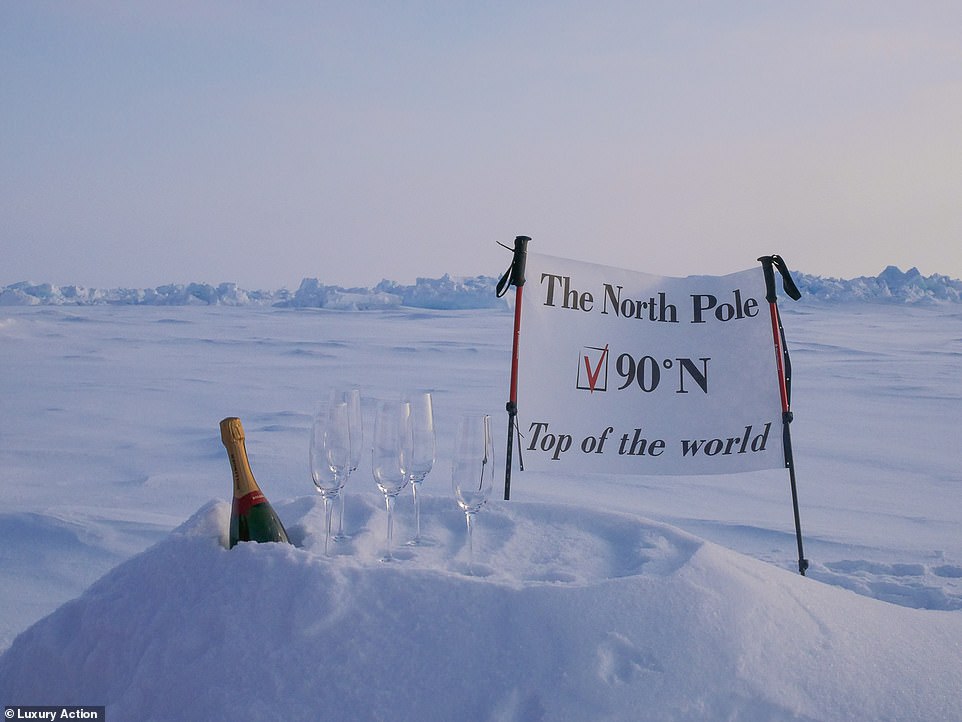 The experience to the North Pole is run by Luxury Action. It doesn’t come cheap – it will set you back £85,000 ($105,000). Pictured is an image snapped on one of Luxury Action’s polar expeditions 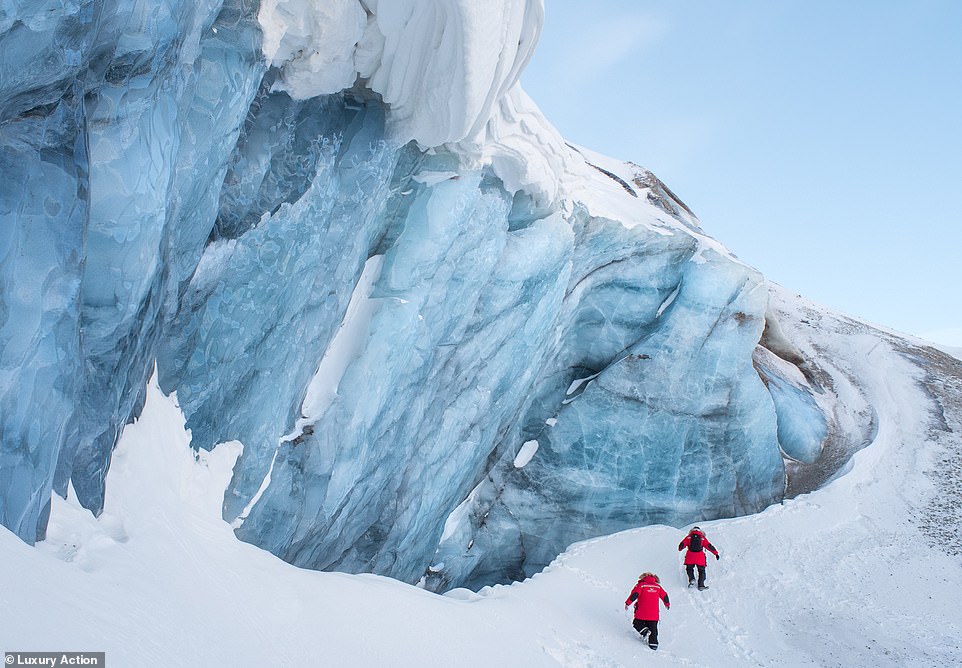 Luxury Action says the whole experience is eco-friendly and poses no threat to the Arctic environment. This image was taken on one of the company’s North Pole expeditions

The pods that make up the North Pole Igloos Hotel can be moved around so if weather conditions become dangerous, they can be transported to a safer area.

The hotel will be popping up in April when the area is accessible by helicopter.

Luxury Action says the whole experience is completely safe, eco-friendly and poses no threat to the Arctic environment as everything that is taken there is brought back again. 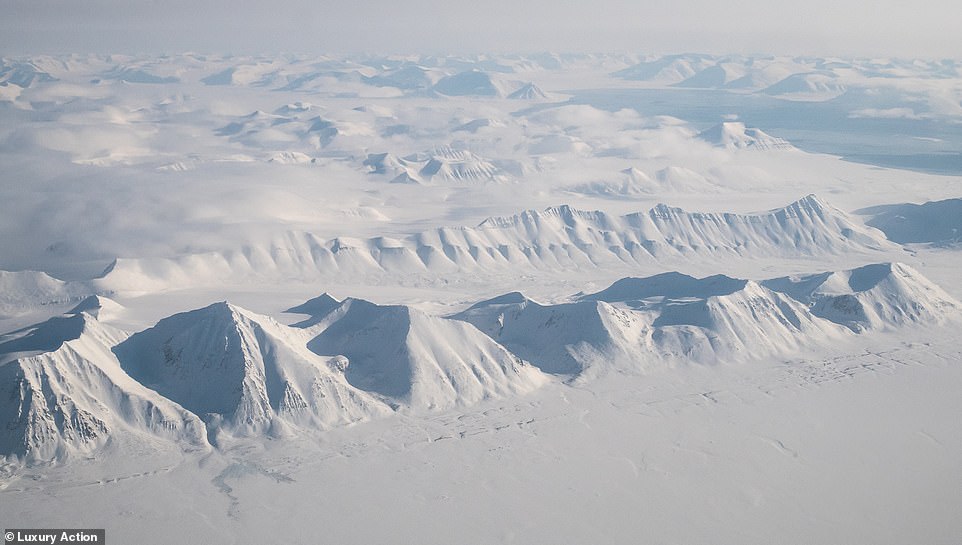 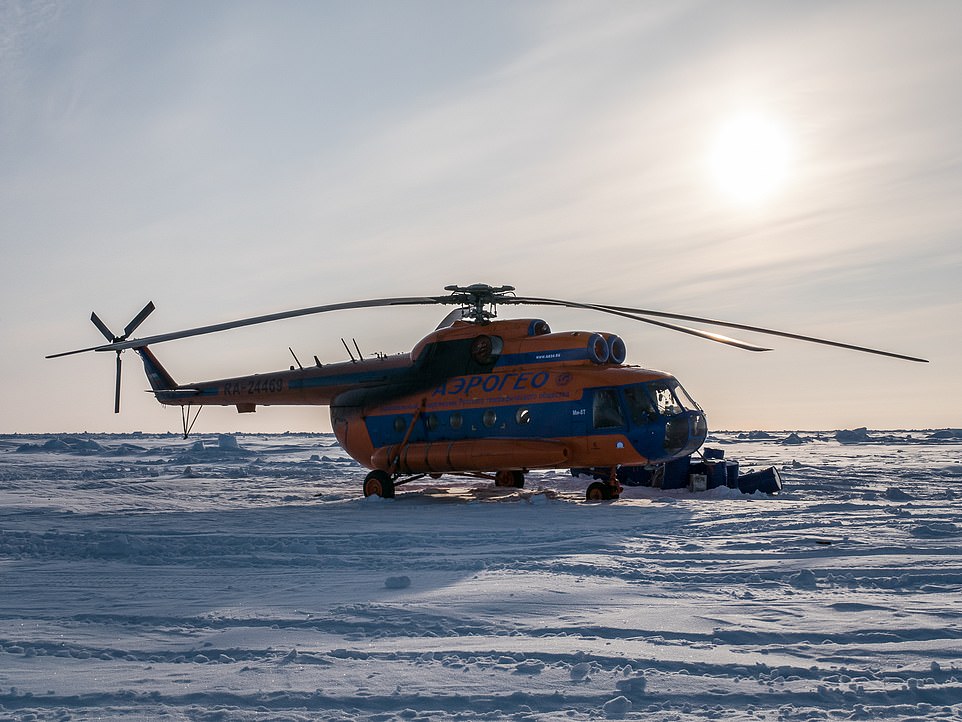 The hotel will be popping up in April when the area can be reached by helicopter. Pictured is the helicopter that will transport guests to the hotel

‘Depending on weather conditions we move the heated glass igloos to safe places around the Arctic glacier. You can join the group of very rare people who have spent a night at the North Pole’s glacier.

‘The igloos have been tested in extreme Arctic weather conditions and are heated. They have their own toilet and glass ceiling roof and wall so guests can be at one with nature.’

In addition, Luxury Action runs a luxury lodge called Octola inside the Arctic Circle in Finland. It has 10 guest rooms and is surrounded by 300 hectares of Arctic wilderness and free-roaming deer.