Because I’ve booked the cheapest room possible (£150) — described as a ‘Georgian cosy’ — there will be no chance of a view or a bath, I tell myself while walking up Richmond Hill past the iconic vista of the Thames, painted by Turner and Constable.

But I still ask if there’s any chance of an upgrade. ‘Sorry, we’re completely full,’ says the man at reception. ‘But how’s your day been until now?’ 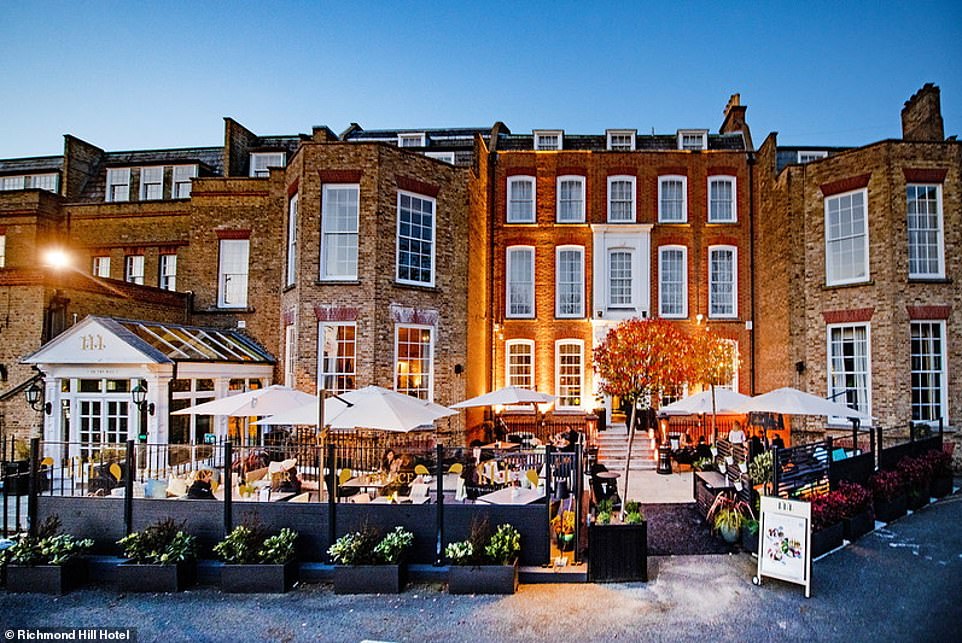 The Inspector checks into Richmond Hill Hotel (above) in South West London, which occupies a series of 18th-century buildings that have been blended into one big one

And off I go to room 236 where, in fact, (and bless the receptionist) there’s a free-standing tub, French windows and even a balcony.

I can’t quite see the Thames, but directly across the road stands The Wick, described by some people as the most beautiful building in the country.

Designed in 1775, it was once the family home of actor Sir John Mills, who sold it to Ronnie Wood of the Rolling Stones before Pete Townshend of The Who bought it.

The Inspector’s room, a ‘Georgian cosy’ (pictured), is ‘tasteful’ with bare taupe walls, colourful cushions, and a sky blue armchair 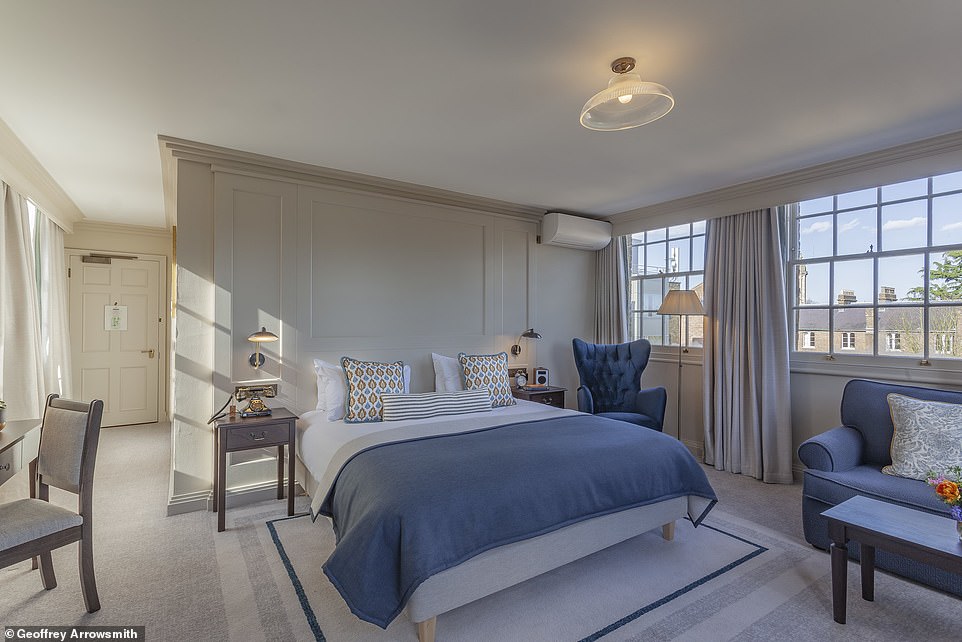 The hotel houses 143 rooms, all of which have been freshened up in the past 12 months. Above is one of the Georgian Collection rooms 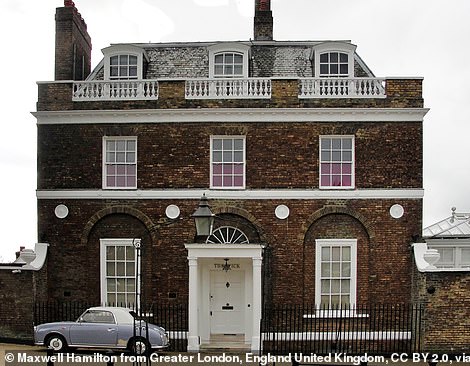 Across the road stands The Wick (above), described by some people as ‘the most beautiful building in the country’. Picture courtesy of Creative Commons

Last year, it was on the market for £15 million.

If you are partial to Georgian architecture, then Richmond is bliss.

The Richmond Hill Hotel (sister hotel of The Grand Brighton) occupies a series of 18th-century buildings that have been blended into one big one.

It houses 143 rooms, all of which have been freshened up in the past 12 months.

Downstairs is something of a rabbit warren, and I pass several conference rooms on the way to the restaurant, now called 144 On The Hill. 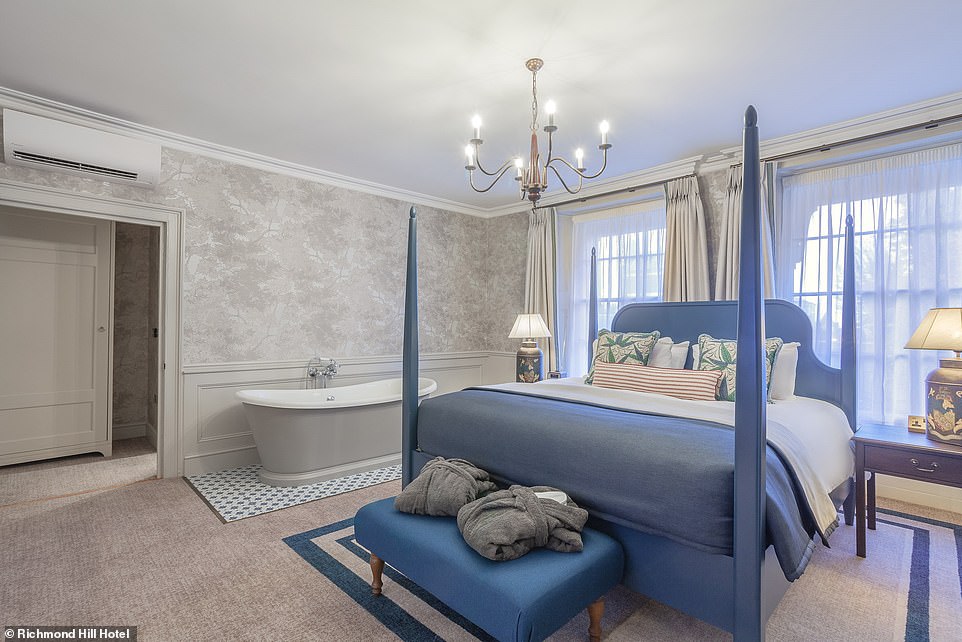 Pictured is the Georgian Suite. Of the hotel’s setting, the Inspector says: ‘If you are partial to Georgian architecture, then Richmond is bliss’ 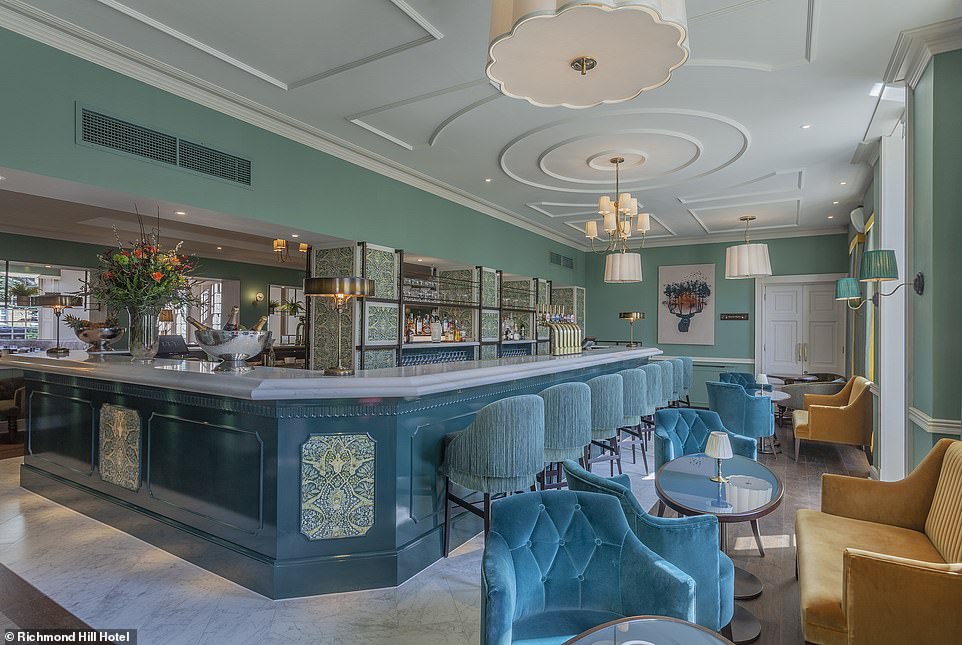 Above is the lounge and bar area of the 144 On The Hill restaurant. The Inspector stays for dinner, and finds that ‘it’s bright and cheery — and bitterly disappointing’ 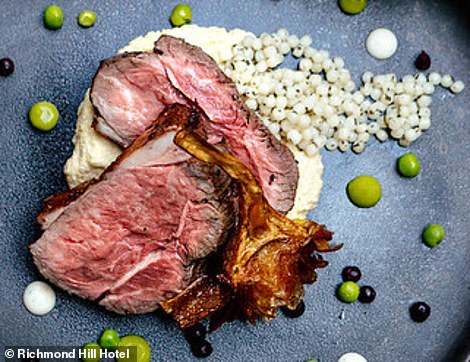 My mackerel starter amounts to the tiniest piece of fish sitting in an indifferent sauce, and the £32 ribeye steak is tough and flavourless.

And where do we stand on those machines that take an age before your toast drops out — and invariably needs to go back in for a second time? They shouldn’t be here, that’s for sure.