Revealed: The Japanese estate agent selling houses for up to 50% off their market value, with one catch – these ‘accident properties’ have a tragic past including murder

There’s an estate agency in Japan selling houses that are up to 50 per cent cheaper than their market value, but there’s a catch – they all have a very dark history.

Jobutsu Fudosan specialises in houses known as ‘accident properties’, where tragic incidents have occurred. In Japan, sellers of such properties are obligated by law to declare the occurrence of these incidents, and it often results in the value of the property falling significantly.

The company estimates that houses where ‘natural deaths’ occur are reduced in price by up to 20 per cent, whereas if a murder takes place in the property, the sale price is as much as halved. 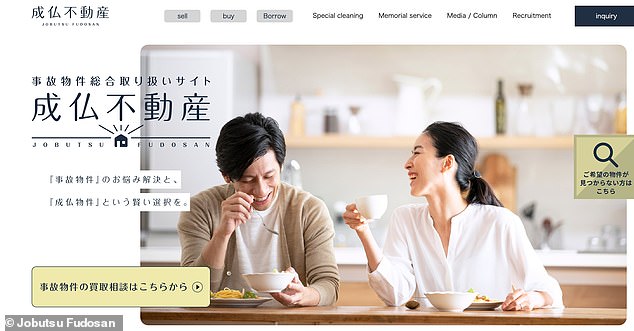 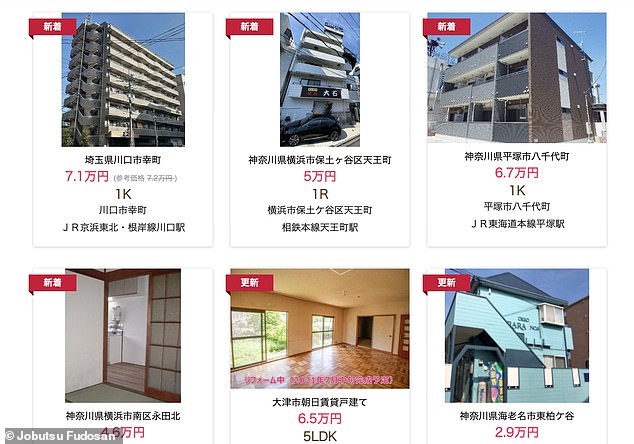 The property listings on the website. Jobutsu Fudosan lists houses known as ‘accident properties’, where tragic incidents have occurred

The landing page for the estate agency looks like any other – bright and slick – but delve into the listings and matters get darker.

On each property listing, Jobutsu describes the incident that took place, sometimes in morbid detail.

Customers can search for properties based on a star rating system, which ranks the types of incident that occurred in order of severity. For instance, properties where ‘incidents or accidents’ transpired have just two stars, whereas the sites where a murder has been committed receive seven stars.

One apartment in the Hyogo Prefecture is up for sale for £91,633 (13.99 million yen). It’s described as ‘a lonely death property’ where the deceased’s body took ‘more than 72 hours to discover’.

Meanwhile, a house in the Shiga prefecture is available for rent for £426 (65,000 yen) per month. A murder took place in the building, the listing notes.

The agency reveals that another murder took place in a 6th-floor apartment in Toyko’s Minato-ku district, which is listed at a sale price of £104,224 (15.9 million yen). 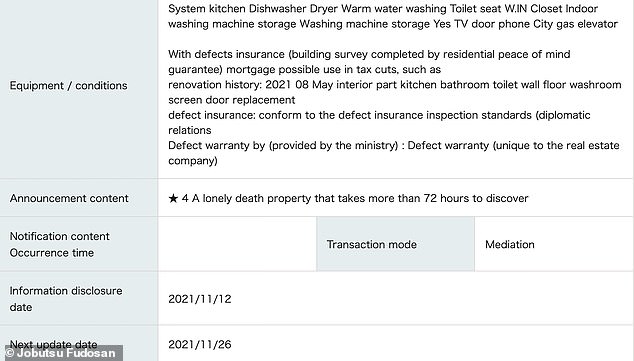 Incidents linked to other listed properties include people dying in fires and by suicide.

The company, which was founded in 2019, has a ‘special cleaning SOS’ service, with experience in dealing with ‘body fluid stains, offensive odours, and pests’ that appear in cases of ‘lonely deaths, accidental deaths, suicides and murders’. This cleaning service restores the site to its original condition using ‘special chemicals and equipment’. 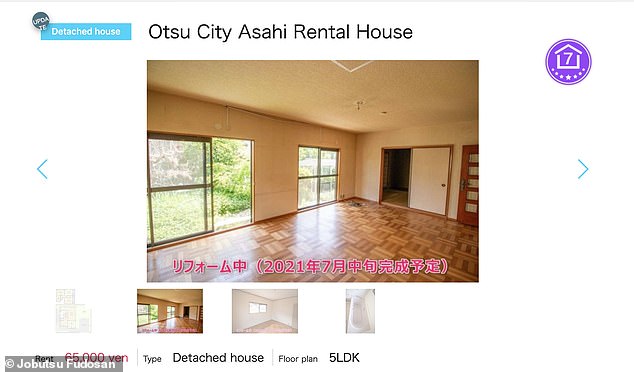 Pictured is the listing for a house in the Shiga prefecture, which was the scene of a murder, according to Jobutsu Fudosan. The details of the tragic occurrence appear with the entry on the website

The statement reads: ‘We will perform special cleaning, dismantling, and renovation to maximize the value of the property where the accident occurred and sell it.’

The company also aims to help ‘elderly people and foreigners who need secure housing’, by enabling them ‘to realize transactions at a reasonable price’.