No sex on the beach please, we’re British! Third of holidaymakers avoid ordering sexually suggestive cocktails in case they cause offence, as the age of the ‘wokecation’ dawns

Research has revealed that almost a third of Brits (29 per cent) won’t order the sexually suggestive cocktails while on holiday to avoid causing offence.

The poll also found that almost half (45 per cent) believe the term ‘beach body ready’ is unacceptable while over a third (38 per cent) disapprove of reserving a sun lounger with a towel at breakfast time, yet 15 per cent admit to doing it but feeling guilty. 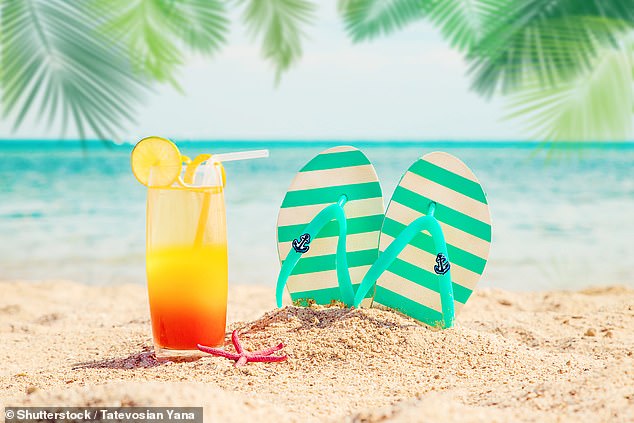 The research was carried out by travel agent Travel Republic, which surveyed 1,563 British holidaymakers.

And it says that its study reveals how the traditional British holiday is changing. with people becoming increasingly more ‘woke’ and conscious about their behaviour.

According to the Urban Dictionary, the term woke means ‘to be enlightened about a subject, socially conscious’.

The research also found that other unacceptable behaviour on holiday includes showing off expensive hotel rooms or meals on Instagram (37 per cent), wearing indigenous clothing (29 per cent) and haggling over prices (19 per cent).

One in three (31 per cent) think talking only in English to locals is unacceptable and doing so is the biggest source of guilt for one in four (26 per cent).

However, the research revealed that some things haven’t changed with 83 per cent of Brits saying the most attractive part of a holiday is an all-you-can-eat buffet and 76 per cent like a cocktail bar.

The word vegan appealed to just 34 per cent of those polled.

The research also found that the nation’s all-time leading TV travel icon is Judith Chalmers, who first presented TV show Wish You Were Here…? in 1974. 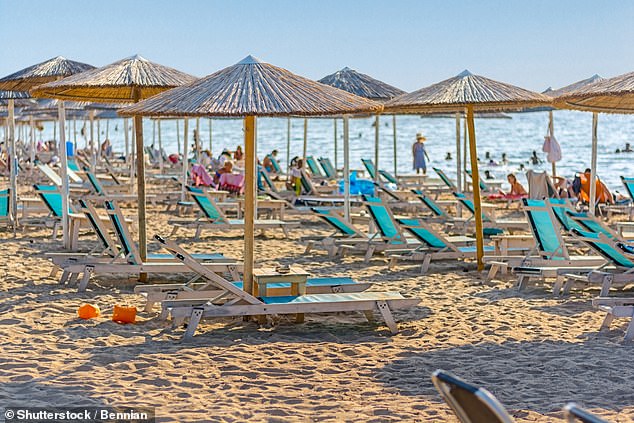 A third of Brits disapprove of reserving a sun lounger with a towel at breakfast time, yet 15 per cent admit to doing it but feeling guilty

Travel Republic has teamed up with the 83-year-old travel veteran to explore what happens when a traditional British holidaymaker experiences the latest and most extreme holiday trends in a humorous video entitled ‘Woke You Were Here…?’.

In the parody video, Judith experiences everything from the faux pas of ordering a sexually suggestive cocktail to the latest wellness trend of gonging while on her ‘Wokecation’.

Judith spent 30 years as presenter of ITV’s ‘Wish You Were Here…?’ before she hung up her sunhat in 2003.

She said: ‘When I started in the 1970s, the package holiday was still a recent innovation. Menus were meaty, postcards were saucy, and the only form of mindfulness was sitting by the pool with a large glass of sangria. For many, that’s still the perfect holiday. 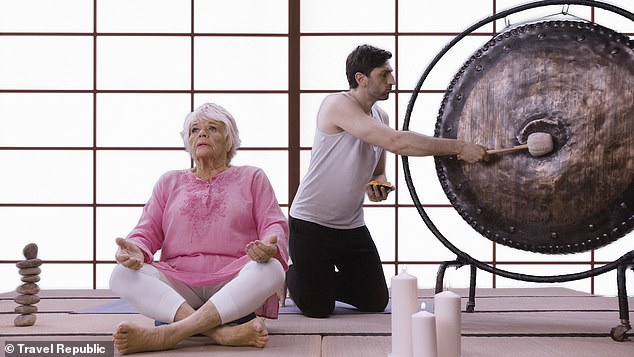 TV presenter Judith Chalmers, who hosted the show Wish You Were Here..? for 30 years, says travel has moved with the times

‘Travel has moved with the times, reflecting changing trends and attitudes. Whether you want a juicy steak or kale juice, to party all night, be at one with nature, or cleanse your body and soul, there’s a holiday for everyone.

‘Just be sure to check that the resort you’re going to fits in with your tastes and needs, or you could end up wishing you weren’t there.’

Frank Rejwan, managing director at Travel Republic, added: ‘We are living in woke times, as we become more conscious of our behaviours and seek out more mindful experiences.

‘This research has shown holidays are no exception to the rule. Travel Republic has the broadest range of over 300,000 hotels in 1,000 holiday locations, so we can confidently offer the perfect holiday for everyone, whether they are looking for the latest in wellness trends or the all-you-can-eat buffet.’