THOMAS Cook has this morning COLLAPSED into administration after last-ditch talks to slash the £200million it owed ended in disaster.

The 178-year-old British travel firm had until 11.59pm last night to pay creditors or else they'd go under – leaving 200,000 Brits stranded. 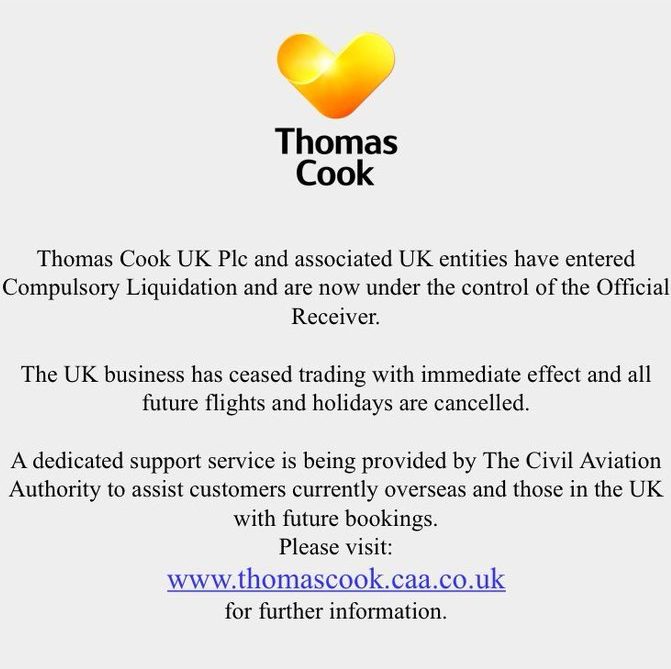 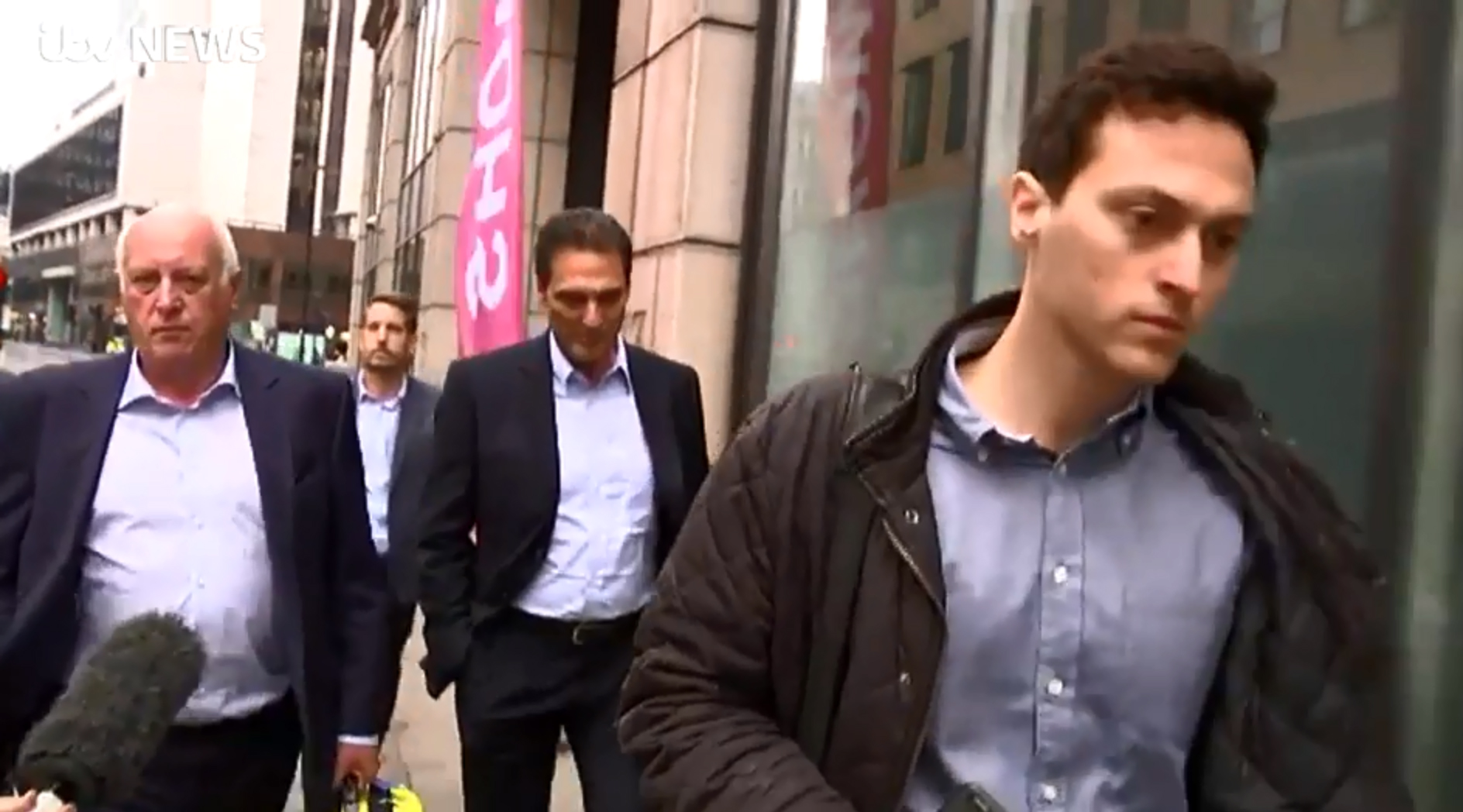 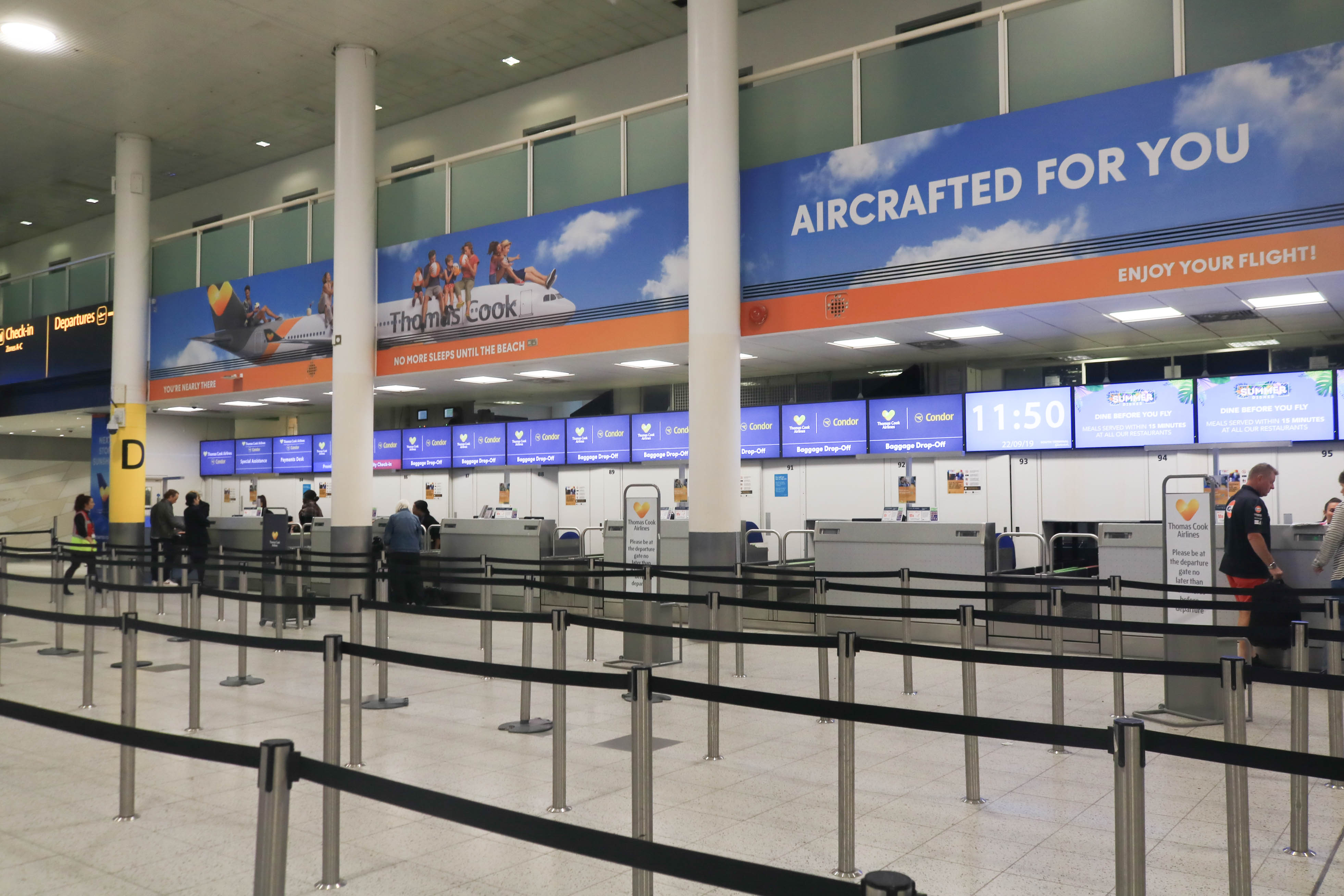 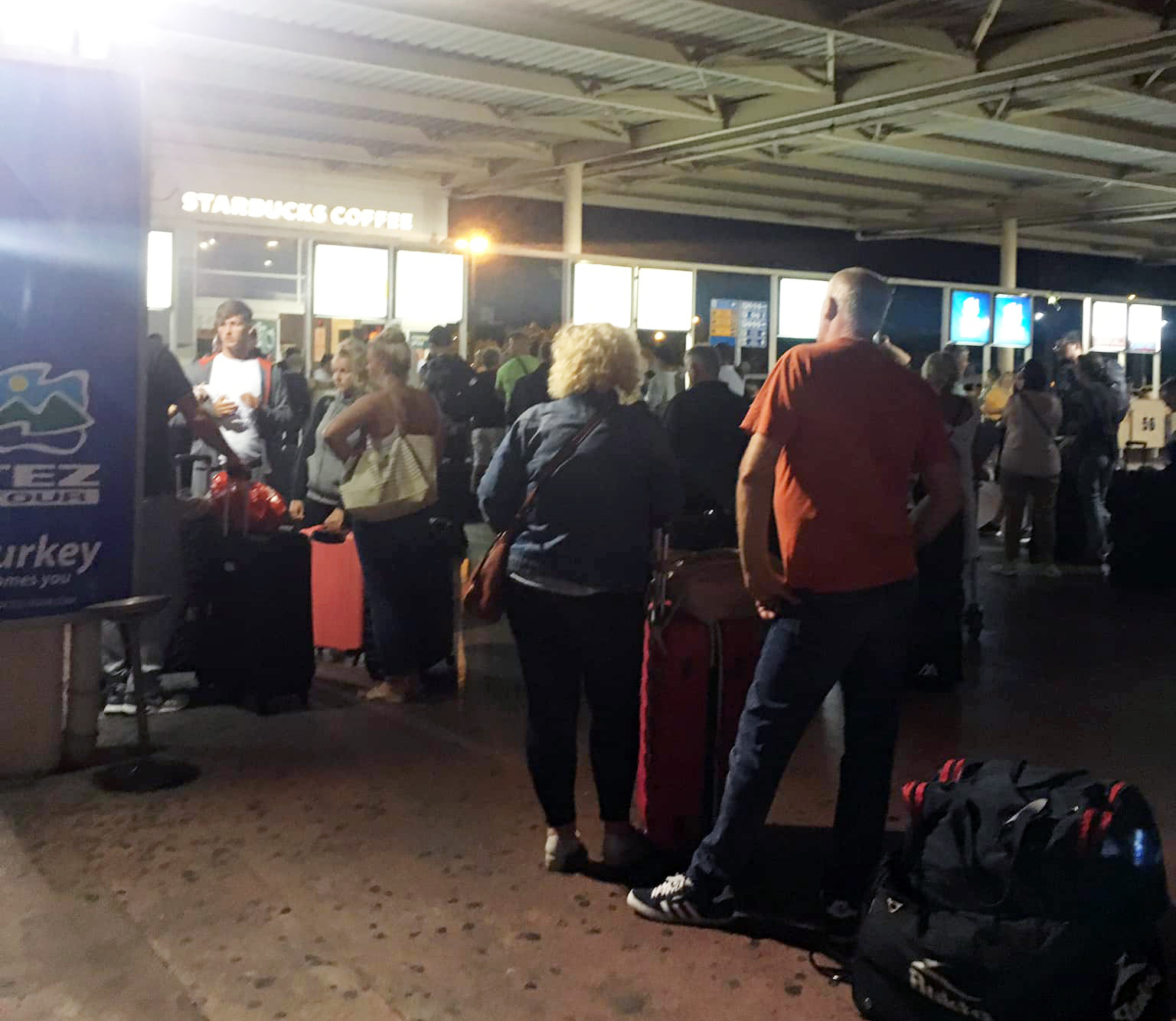 A rescue fleet of more than 40 jumbo jets are ready today to bring stranded holidaymakers back to Britain.

The Sun can reveal ministers have chartered dozens of aircraft as they plan the UK’s biggest repatriation since World War Two.

As many as 9,000 employees face losing their jobs after the world's oldest travel company plunged into bankruptcy.

Announcing it was ceasing trading this morning, Thomas Cook said on its website: "All future flights and holidays are cancelled."

The brief statement added: "A dedicated support service is being provided by The Civil Aviation Authority to assist customers overseas and those in the UK with future bookings."

Worried customers were asked to visit www.thomascook.caa.co.uk for more information.

The travel company's chief executive was filmed leaving the tense crisis talks yesterday with this head down.

Dr Peter Fankhauser, 58, remained tight-lipped after he emerged from the eight-hour meeting in Bishopsgate, central London.

Thomas Cook had begged its lenders to cut the money it owed to see them through the winter period.

It comes after the firm was forced to refund Brit holidaymakers in Tunisia who were "held hostage" in hotels as bosses feared the firm was about to go bust.

Gates were locked and guests were warned they had to settle up with their hotels — despite having already paid the holiday company.

Those who forked out the extra money by credit card at Les Orangers in Hammamet have now been refunded by Thomas Cook and moved elsewhere.

Claire Simpson, who was due to fly home to Manchester, told The Sun: “Les Orangers have locked the gates to the hotel and are keeping people hostage.

"Three buses came to take people to the airport and they’ve been turned away.

"They are claiming Thomas Cook hasn’t paid them, so are demanding that we pay them.” 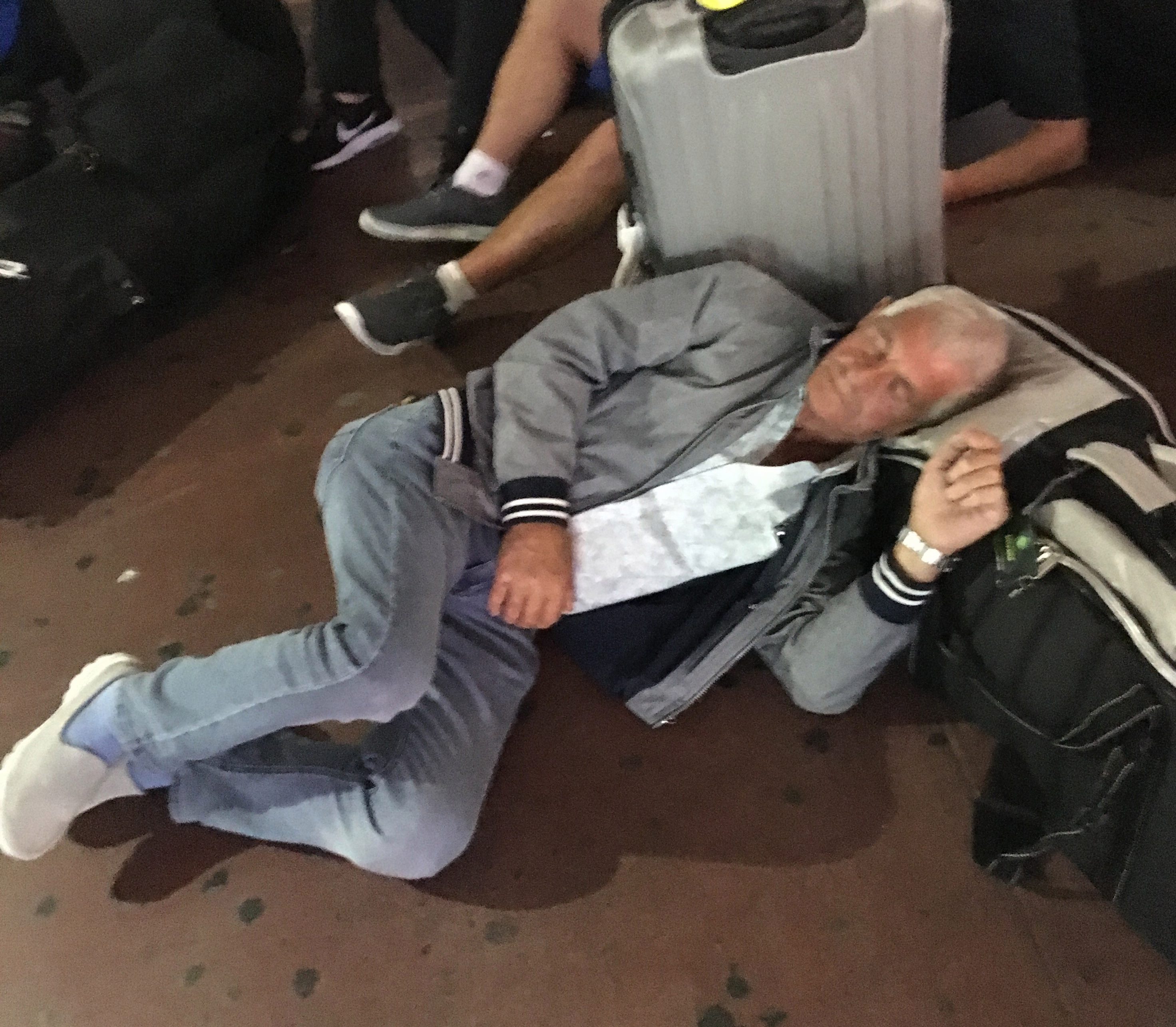 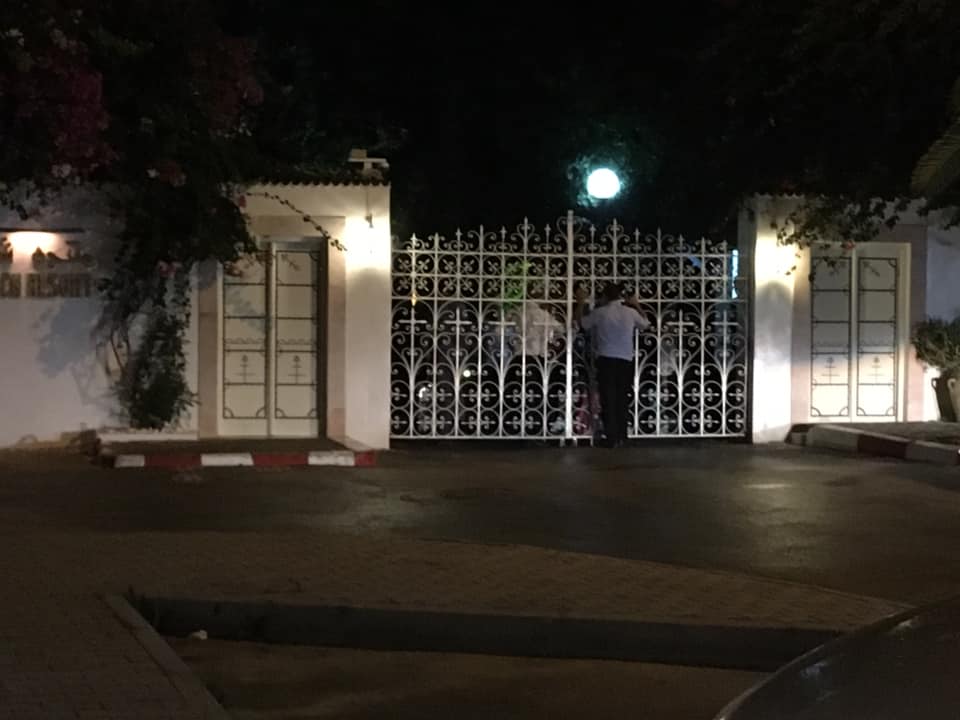 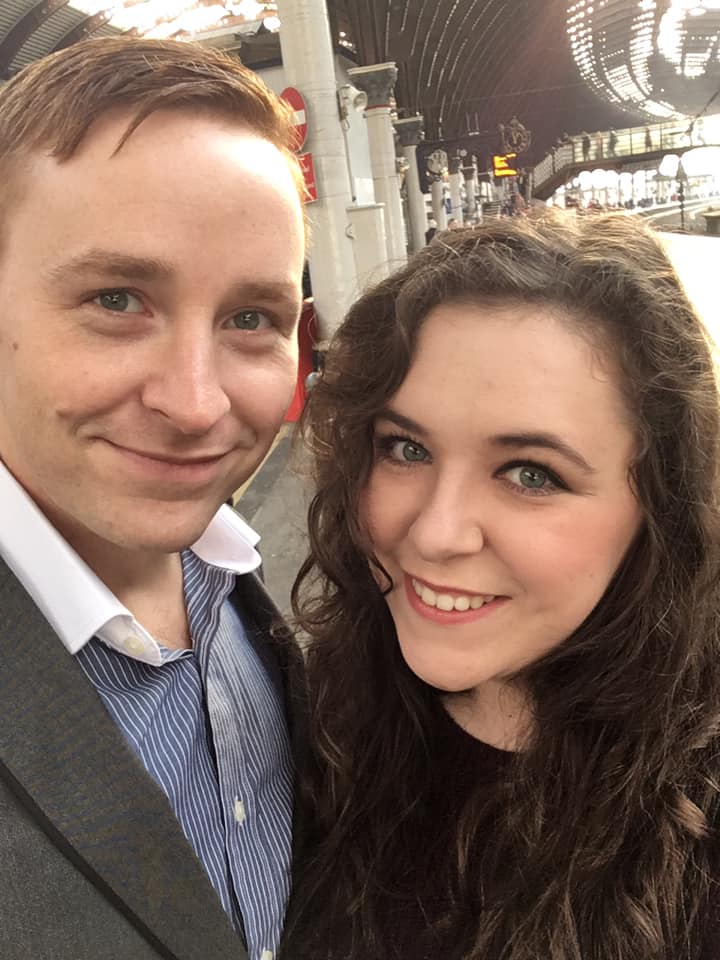 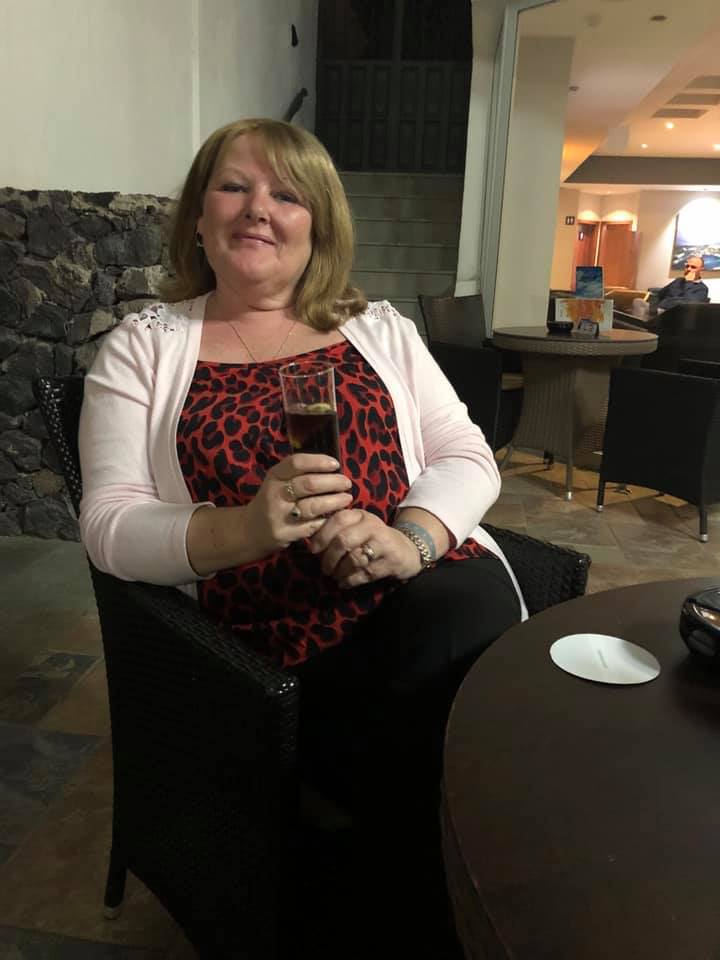 She said the hotel had stationed security guards along the beach so holidaymakers "couldn’t escape".

One tourist claimed an OAP was charged £2,500 on her credit card, and another person had to pay £1,800 to get the keys to their room.

Videos posted on social media showed travellers standing by the gates begging to be let out.

Ryan Farmer, from Leicestershire said the hotel had on Saturday afternoon summoned all guests who were due to leave to go to reception "to pay additional fees, obviously because of the situation with Thomas Cook".

With many guests refusing to do since they had already paid Thomas Cook, security guards kept the gates shut.

Mr Farmer said: "We can't leave the hotel. I'd describe it as exactly the same as being held hostage.

"We've been up to the gates. They had four security guards on the gates, holding the gates closed, and were not allowing anybody to leave."

He said the guards were not responding to any pleas from guests to be allowed out.

"They don't say anything, they just stand there holding the gates," he said.

Pat Haynes added: "Do not come to Les Orangers as we're all being held hostage. Everyone is being charged nearly £3,000 to leave.

"The security gates are locked and no one can leave nor can any coaches get in to take people out!"

A spokesman for Thomas Cook said: "We are aware that a small number of customers were asked to pay for their hotel room before leaving Les Orangers in Tunisia yesterday.

"This has now been resolved and customers flew home as planned. We continue to support our customers in all our resorts."

Matthew Moore, 30, and his partner Aaron, 28, were set to fly from Belfast to Cyprus in two weeks' time for their wedding – but have been left in limbo.

They have 26 wedding guests who have also paid for flights to Cyprus and have been planning their big day for almost two years.

They fear they're going to be left out of pocket for the dresses, suits, flowers and decorations they've already paid for if Thomas Cook goes bust.

Matthew told The Sun Online: "All the stress of planning a wedding is hard enough but this is causing serious anxiety and sleepless nights."

Chloe Sharpe and Paul Kerfoot, both 27, are also tying the knot in Cyprus next month, with 50 guests expected to attend.

Paul proposed at a church in the seaside resort of Protaras while they were holidaying there in 2017.

Chloe from Loughborough, said: "Our Thomas Cook wedding coordinator hasn't got back to my emails. It's very stressful for both Paul and I. As it's so close to going, it feels like we aren't going to be able to get married.

"If they do go bust, we'd have to sort another wedding out. Cyprus means a lot to us emotionally."

Hairdresser Chloe said: "It's a lot of money to lose and if they do go bust, it's a case of finding another £6,000 to find another holiday and find another wedding package. It's not a nice situation to be in."

An extra £9,000 has been spent on extras, such as a photographer from Marbella and a trip out on a boat for guests.

Jamie Valentine, 32, from Glasgow, was due to fly to Zante on October 3 ahead of his wedding five days later.

He and his partner of his eight years, Clare, 28, have already spent £4,000 on their wedding – and 27 of the guests are booked on Thomas Cook.

He told The Sun Online: "Everything is up in the air. It's a very stressful time at the minute. It was also going to be our first family holiday…our three kids were really excited.

"It was going to be my kids' first holiday abroad. We're holding off as long as possible…we've got a back-up plan but it's not really ideal, it would mean a low-key wedding."

I'm totally stressed and devastated. It's all booked and paid for, there's 24 of us going. For the five of us it's £7,000, which we finished paying in the summer

Their children – flower girls Phoebe, 12, Hollie, two, and best man Alfie, five, were set to fly out for the family wedding.

Elsewhere it was revealed a stranger paid for a British woman to come home from holiday in Majorca after it emerged she could be stranded in the country without vital heart medication – if the company goes under.

The man – named only as Colin – paid for a return flight for Jackie Ward, 58, and her daughter Amy, 24, after they were told their flight may be cancelled.

Speaking on the BBC's Andrew Marr show he said: "We would wait to see and hope (Thomas Cook) can continue but in any event, as you would expect, we've got the contingency planning in place to make sure that in any worst-case scenario we can support all those who might otherwise be stranded."

His assurances came after the Transport Salaried Staffs Association (TSSA) union, which represents Thomas Cook staff, asked the government to step in with a bail out.

But Mr Raab said ministers did not "systematically step in" when businesses went under unless there was "a good strategic national interest".

Sources told The Sun that Ministers had been working with the aviation watchdog on contingency plans for weeks.

The salvage scenario has been dubbed ‘Operation Matterhorn’. One insider said: “We’re ready if we’re needed.

“The key is that not everyone will have to come home straight away if it comes to that. People will be able to finish their holidays.”

But its lenders, which include about 10 banks led by taxpayer-saved Royal Bank of Scotland, demanded the travel company find an extra £200m.

A source told the Mail on Sunday: "This is a doomsday scenario, but you could see tourist hotspots effectively turned into refugee camps."

A £100m flight operation to repatriate more than 160,000 British tourists, called Operation Matterhorn, was ready to be launched by the Government yesterday.

People on package holidays are Atol-protected, meaning the Government would have to launch the biggest peacetime repatriation of British citizens at an estimated cost of £600m to the taxpayer.

The historic company has been hit by fierce competition from low-cost airlines and online firms such as Airbnb.

The travel firm has suffered recently as a result of mounting debts – reporting a £1.2billion net debt in its half-year results in May. 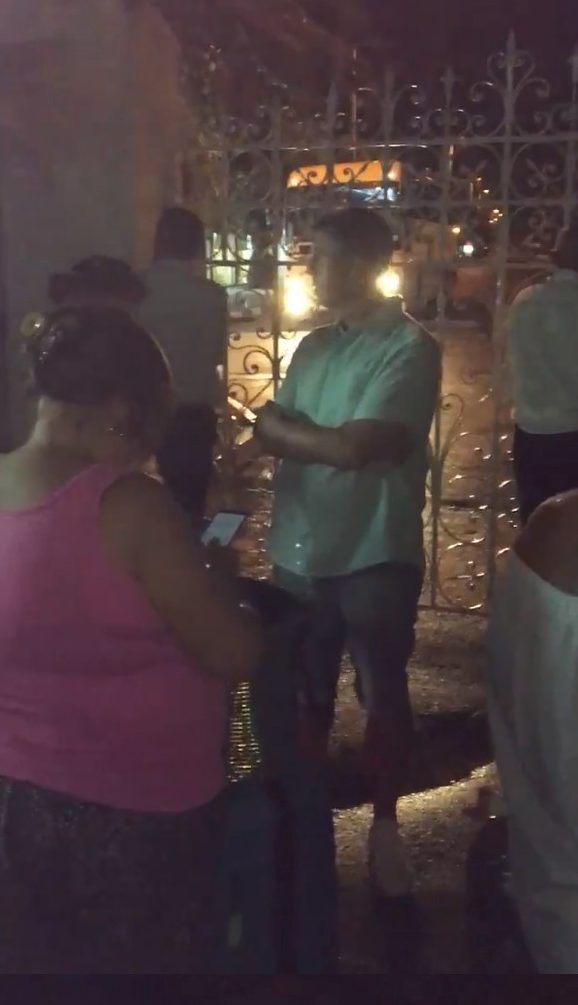 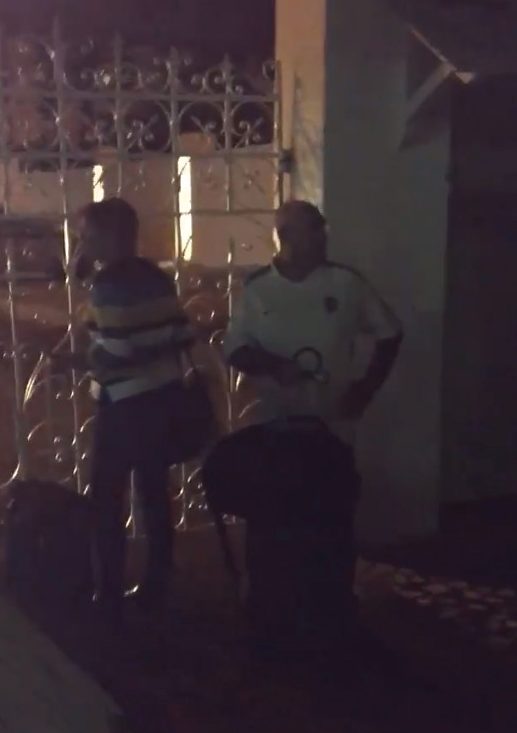 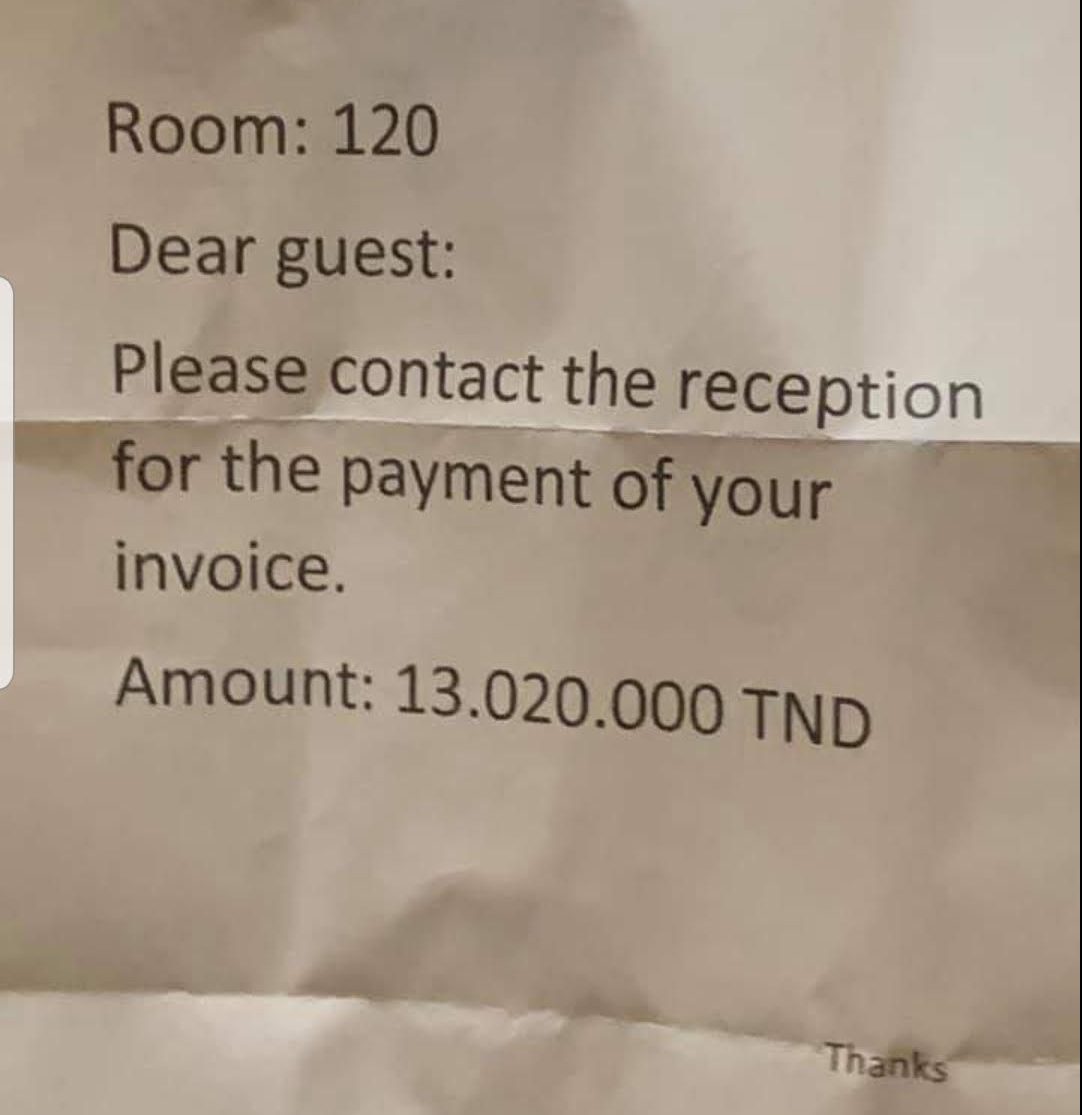 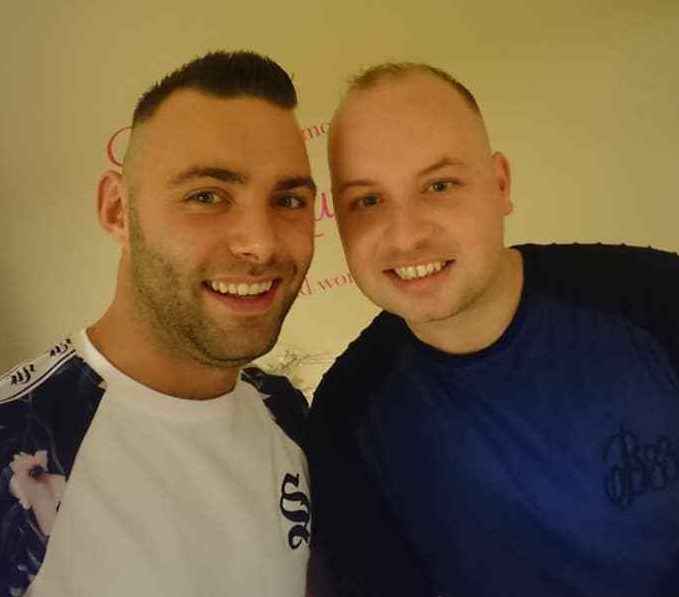 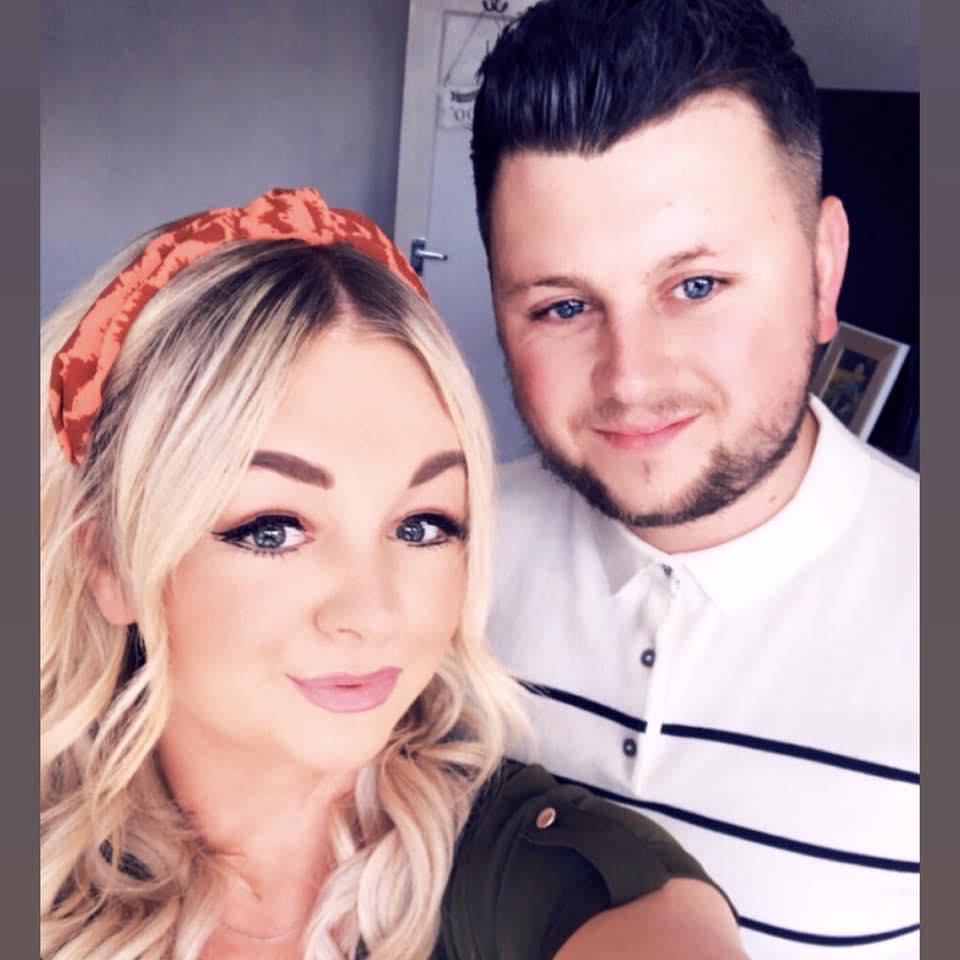