A five-day solo drive through the country’s southwestern region leaves the 52 Places Traveler speechless or swearing. 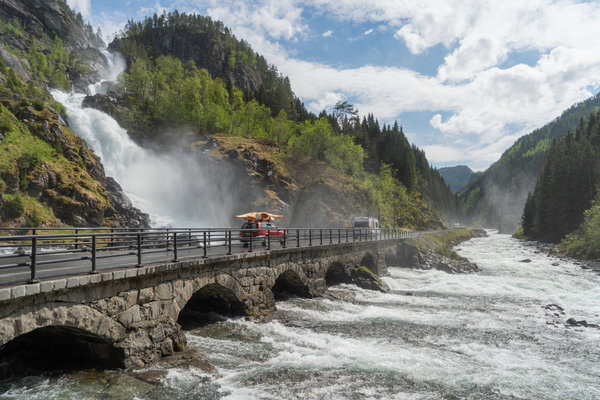 Our columnist, Sebastian Modak, is visiting each destination on our 52 Places to Go in 2019 list. The Scandinavian portion of his trip started in Aalborg, Denmark and continues this week in Vestlandet, Norway.

Here’s something I learned quickly while roaming the fjords and mountains of southwestern Norway, also known as Vestlandet, by car: Take your navigation app’s estimated time and add at least two hours. There are too many distractions around every hairpin bend. A single-lane road branches off the winding highway into farmland; a clearly marked trailhead and the sound of raging water signal the possibility of a waterfall nearby; an algae bloom has turned the cold, blue water of a fjord into a swirl of hypnotic, psychedelic greens. Norway is a solo traveler’s playground: With no one to appease, I made decisions on the fly and savored the revelatory moments.

Vestlandet, the 18th stop on my yearlong journey, posed the same challenges as other places covering large areas on the 52 Places list, like Uzbekistan, Wyoming and Panama. The region, which covers 22,592 square miles, is impossible to cover fully in just five days, especially because the rugged terrain makes travel slow. I had to compromise, balancing some of its major hubs with scenic drives, leaving enough space for serendipity. I decided to start in Bergen, a popular cruise ship port that is Norway’s second largest city. Then I’d drive to Voss, a hub for extreme sports, before moving south to Stavanger and looping back to Bergen. It provided a nice balance of city and country, but while the destinations themselves were lovely, it was the in-between moments I will remember most.

Four months into this trip, I’ve taken to talking to myself. On long drives or hikes with me as my only company, I’ve found that an audible reaction can make moments stick. In the case of Vestlandet, oftentimes those out-loud observations took the form of incredulous expletives, as I turned a corner and ran straight into scenes like Latefossen, a pair of thunderous waterfalls that meet under a bridge near the town of Odda.

There’s nothing quite like a cold beer after a day of driving on winding narrow roads, and Vestlandet’s towns offer plenty of cozy spots to indulge. One of my favorites was Cardinal in the city of Stavanger, where you can choose from more than 20 beers on tap, most of them local. I particularly enjoyed the different variations of beer made with kveik, a yeast used for centuries in Norwegian farmhouse ales that is picking up popularity around the world thanks to the unique funk it lends the brew.

Stavanger is a major hub for Norway’s oil sector, so when I first drove in, it felt a little industrial. But the center of the city, built around the harbor, still feels very much like a small town thanks in part to the protected 18th- and 19th-century wooden homes that make up Old Stavanger.

I was constantly reminded (and thankful for) the freedom afforded by traveling solo through Norway, versus on one of the many “Norway in a Nutshell” tour buses traversing the fjords. When driving to Voss from Bergen, a route consisting of tunnels carved through steep mountains, I decided to overshoot my destination because I saw on Google Maps that the road continued until Gudvangen, right at the end of the Unesco-listed Næroyfjord. I reached the point where the tour buses park and the fjord boats begin, where there’s also a Disney-like “Viking village,” and kept on going. Down a tiny road I reached another village, where a church was framed by waterfalls rushing down the steep cliff faces of the fjord and Highland cattle stared blankly in my direction.

Bergen, where I started my journey, is worth a trip on its own. The city center, dominated by steep-roofed buildings and Unesco-protected wooden houses, is plenty touristy, but for good reason. I spent a full day — uncharacteristically sunny in one of the rainiest cities in Europe — roaming aimlessly down narrow streets, up steep hills and through the bustling fish market, where vendors sell the catch of the day.

Norway is expensive — like $12-for-a pint-in-a-dive-bar expensive. Complain about it to a Norwegian (like I did once or twice) and you’ll be quickly put in your place as they explain it’s because people across industries are paid a living wage and, as a result, it’s a country with one of the lowest income inequality ratings in the world. One money-saving tip: gas stations hot dogs, loaded with fixings like roasted onions and cheese, are delicious and (comparatively) affordable at about $6 each.

If I had come a little later in the year and had more time to plan, I would have opted for camping, versus staying in hotels. The “right to roam,” is written into law, meaning you can hike or set up camp basically anywhere in Norway’s countryside or wilderness. (Campsites just have to be at least 500 feet from the nearest inhabited home.)

Driving on some of the smaller roads in Vestlandet is not for the faint of heart. Though most drivers follow the rules and are generally courteous, encountering a truck going the opposite direction on a road that is only just wide enough for both of you can get your blood pumping. Note that speed limits are very conservative, speed cameras abound and that the country has one of the strictest drinking and driving laws in Europe with a limit of 0.02 percent blood alcohol contentand penalties that can include imprisonment.

But even Bergen’s main appeal is in its natural splendor — it is in a harbor framed by seven mountains, with hiking and stellar views abounding. On a particularly beautiful day, I took the cable car up to Mt. Ulriken, the highest of Bergen’s mountains, and embarked on a six-hour hike along the Vidden trail to Mt. Floyen before making my way back into the city. Above the tree line, the plateau connecting the two mountains is spongelike grasses, lichen-covered rocks and unobstructed views of Bergen, the surrounding fjords and even, if you’re lucky with the weather, the Folgefonna glacier in the distance. 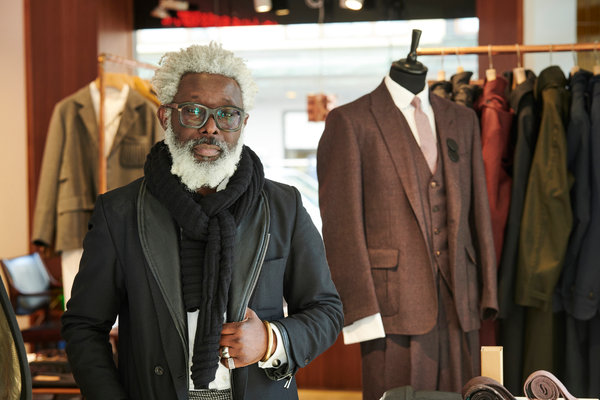 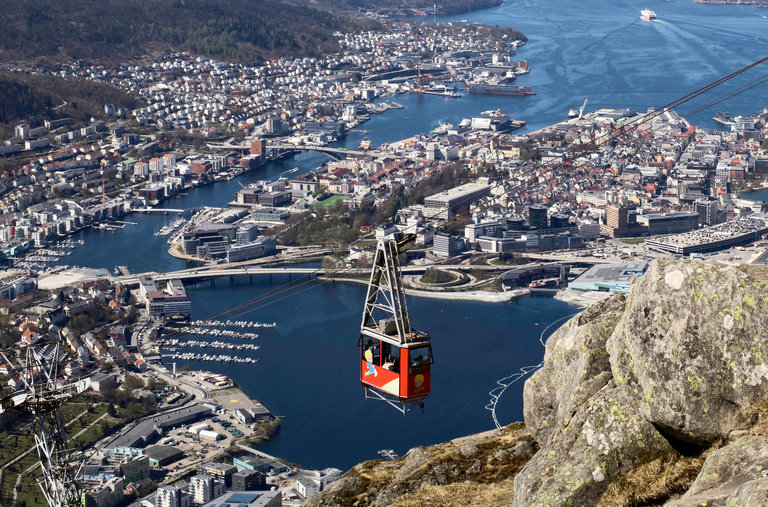 As in Slovakia’s Tatra Mountains and Ontario’s Ice Caves, I often found myself thrilled by the remoteness of my surroundings. Feeling like you’ve crossed the boundary between curated and real is an increasingly rare travel experience, and doing it alone adds a whole other level of adrenaline. I took precautions, like avoiding driving at night and telling loved ones that I was embarking on a solo hike and sharing my location. But even then, I felt the lure of adventure everywhere in Norway, whether it was starting up a mountain trail or taking a side road.

As impressive as the natural beauty is, I was equally awed by the engineering involved in making that landscape traversable. Roads curve at improbable angles, tunnels go on seemingly forever and, where bridge and tunnel fails, more than a hundred car ferries operate around the country. Even more astonishing though, is despite all that development (Norway famously has the largest sovereign wealth fund in the world), the infrastructure is intentionally unobtrusive, with narrow roads and low speed limits clearly showing that the priority is on what’s already there, not what can be built.

Sebastian Modak is the 2019 52 Places Traveler. Before being selected to report on the annual New York Times list, he worked at Condé Nast Traveler as an editor and staff writer. @sebmodak