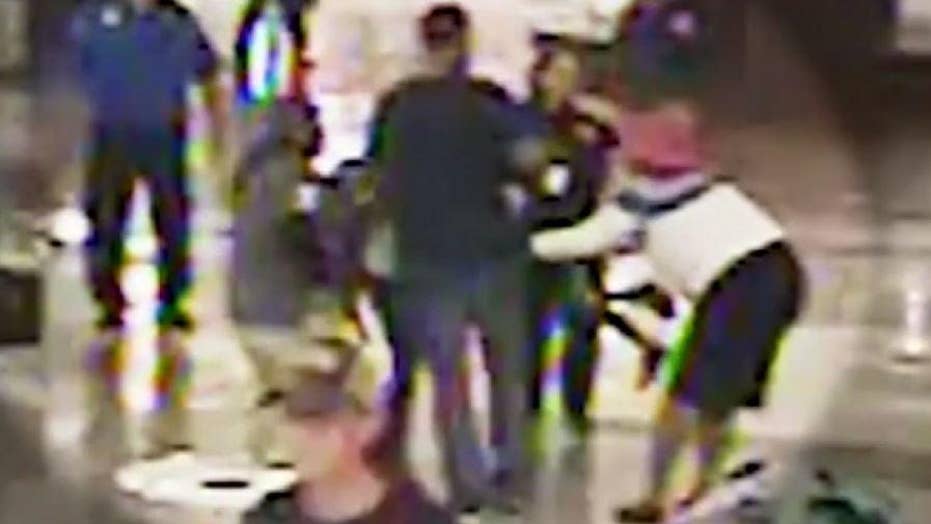 Video shows a woman snatching a child from her mother’s side at Hartsfield-Jackson Atlanta airport.

A parent’s worst nightmare nearly came true on Monday morning, when a woman allegedly attempted to kidnap two young children who were traveling to Disney World with their family through Hartsfield-Jackson Atlanta International Airport, one of the world's busiest air hubs. The dramatic scene was caught on camera, and has since been shared with the public.

Authorities have revealed that a family from Lithia Springs, Ga. was traveling through the airport’s atrium around 5 a.m. on June 24 when a woman tried to seize a stroller carrying their youngest child, a baby girl, and run off, CBS46 reports.

The child’s mother fended off the would-be kidnapper, since identified as Esther Daniels of Wichita, Kan., according to KWCH. 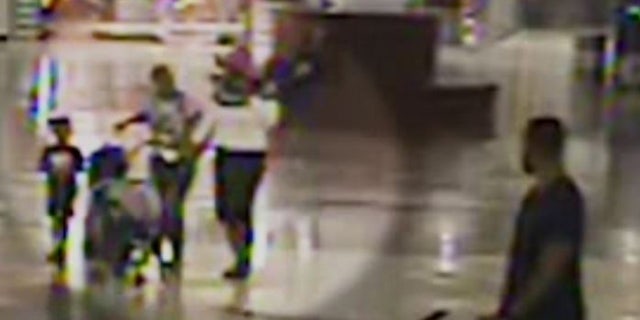 A woman, pictured, allegedly attempted to kidnap two young children who were traveling with their family through Hartsfield-Jackson Atlanta International Airport on Monday.
(Atlanta Police Department)

In the commotion, Daniels was able to pick up one of the family’s other children, who was standing nearby, and run away with the child in her arms before the child’s parents, an onlooker, and a police officer intervened, as seen in surveillance footage released by the Atlanta Police Department (APD.)

Daniels was chased down by a police officer. Moments later, three officers pinned the 26-year-old woman to the ground and apprehended her. 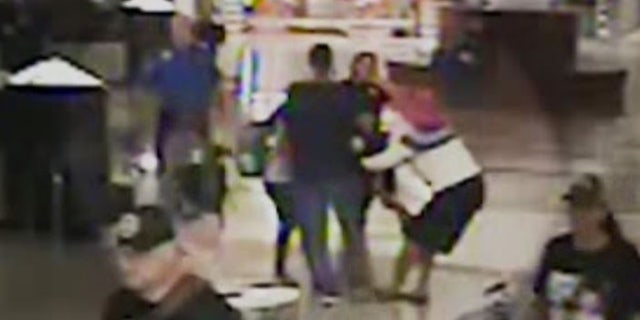 Esther Daniels, pictured, was able to pick up one of the family’s children and briefly run away.
(Atlanta Police Department)

APD Spokeswoman Tashena Brown has since praised the actions of the female traffic control police officer who intervened, sprinting across Hartsfield-Jackson to help stop the abduction attempt.

“She deserves all the praise,” Brown told WSB-TV.  “Especially for her to have been working, really, in a civilian capacity, for her to just to jump in right away with no hesitation is amazing." 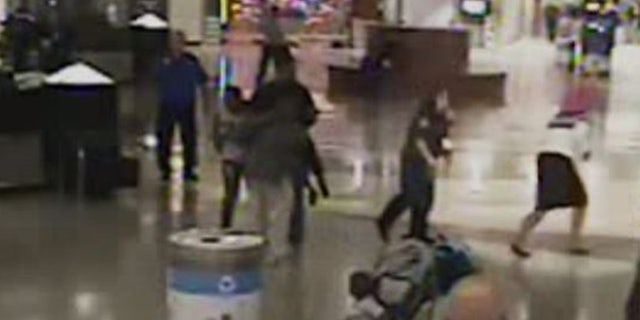 According to the outlet, the would-be kidnapper was transported to Grady Memorial Hospital for evaluation and later arrested. Since charged with kidnapping and obstruction, Daniels is being held without bond at Clayton County Jail.

A preliminary hearing is scheduled for July 11.

Police said that the children were not injured in the attempted abduction, and that the Georgia family was traveling to Disney World at the time of the attack.

Hartsfield-Jackson airport welcomed 107.4 million passengers last year, USA Today reports. According to the preliminary report from the Airports Council International trade group, the airport was the busiest in the world in 2018.