A Spanish superstar! Carmona is just a short hop from Seville and a must for history lovers

The first thing you notice about Carmona — the Andalusian town with possibly the best views in Spain — is how easy it is to reach, just 20 minutes from Seville airport and without a single traffic light, the taxi drivers claim.

Talk to any Carmones for long enough, however, and you’re liable to hear the same complaint. ‘Too many people see us as just a stop-off point for Seville and Cordoba,’ says Alfonso Vergara, a guide who shows me round on a whizzy electric minibus.

Yet Penelope Cruz, born in Madrid, is a fan of the place, while actor Antonio Banderas says it’s ‘full of Andalusian beauty’. And although Michael Portillo, the TV presenter and ex-MP, might not be in the same celebrity league, he has a house in the old town to escape the English winter. 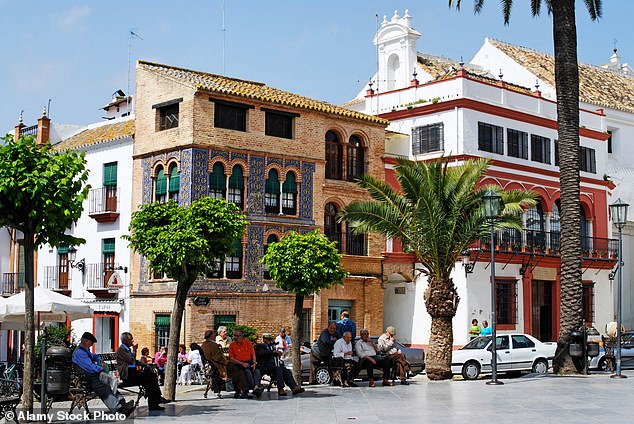 Carmona is among the most richly historic towns in southern Europe. Walkable and quiet, it’s a living museum to the civilisations that have conquered it, from Carthaginians to Romans, Visigoths, Moors and Christians.

Each fought to control its vital strategic position atop a steep hill that rears above the Guadalquivir valley. At the summit is the Parador hotel, once a Moorish alcazar, later a Christian fort, where you drink cafe con leche on the terrace, listen to the hissing cicadas and gaze at the same view seen by kings and generals for millennia.

Today, about 4,000 people live in the old town — including a few dozen nuns. A further 25,000 or so live in modern Carmona beyond the Puerta de Sevilla — the historic gate that marks the old town’s boundary.

It’s a warren of richly decorated churches, convents and chapels, grand medieval houses (either the winter residences of noble Spanish families or converted into high-end hotels) and decaying ancient homes. Alfonso’s tour, spiked with humorous observations, is a perfect introduction to it all: he’s full of tips on the best places to take photos and eat lunch. 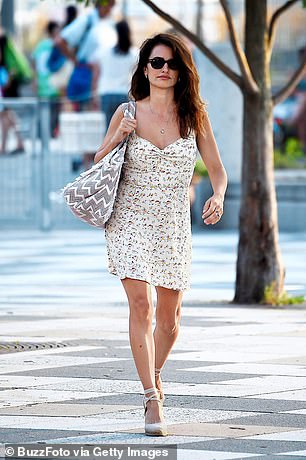 Penelope Cruz, above, is a fan of Carmona

The very stones of the Puerta de Sevilla mark Carmona’s sweep of history. The blocks at the base are Carthaginian: laid on top of them are Roman stones from about the time of Christ. Above these sit Moorish bricks and finally Christian masonry. It stands as a lesson in conquest and civilisation — with the town’s tourist office and a nice bar, La Muralla (The Wall), neatly positioned to admire it.

Portillo has hosted lavish birthday parties in the elegantly faded grandeur of the Hotel Palacio de Carmona, where we also stayed. Built in 1561 in a Moorish style with four inner courtyards, it has charmingly rickety plumbing and is stuffed with the owner’s furniture and books. Its little pool is fragrant with jasmine and orange trees.

In the evening, a screeching flock of starlings descends into the neatly trimmed trees that circle the main San Fernando Square, a joyous cacophony that means we more or less have to shout over the hot croquetas and fine jamon iberico that make such a perfect accompaniment to crisp Spanish sherry.

Around the square are a clutch of cafe-restaurants: the best is Bar Goya, which serves a bargain £9.50 set menu at lunch with plenty of choice — in my case perfect savoury gazpacho, roast red mullet and a tooth-numbingly sweet rice pudding.

And don’t leave without enjoying torta inglesa: a fluffy, cinnamon-flavoured cake. The best ones are made by the nuns of Santa Clara convent — ring the bell and they’ll bring it to the door. Just another treasure in one of Spain’s best-kept secrets.