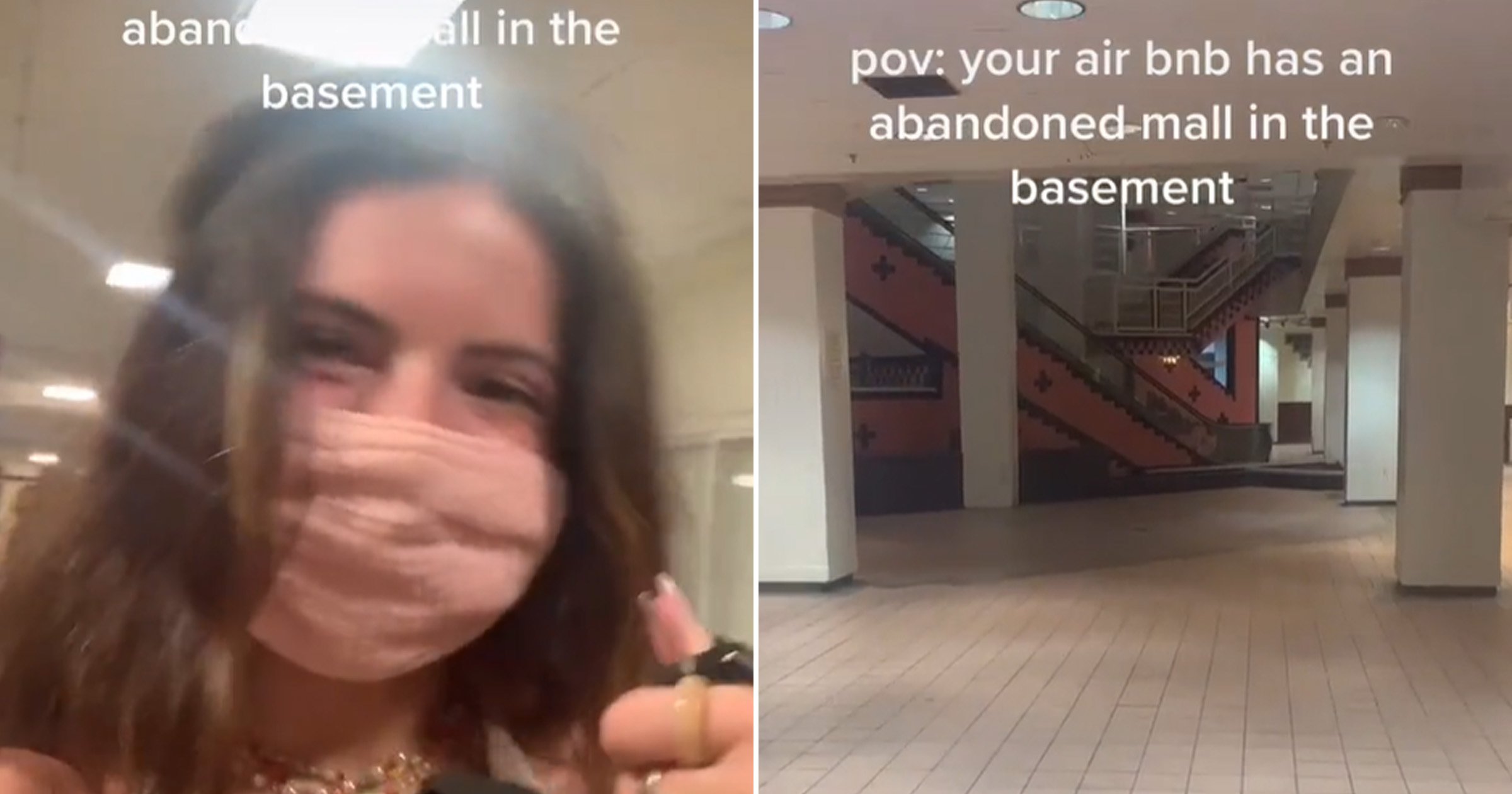 You can find all sorts of weird and wonderful things in an Airbnb. But this has to be one of the strangest.

A woman says she found an abandoned mall underneath where she was staying – and she shared the whole unbelievable discovery on TikTok.

Claire Scheulin posted videos with the caption, ‘POV: your airbnb has an abandoned mall in the basement.’

But this wasn’t quite the dream scenario of being locked in a mall and being able to shop til you drop, Claire said the empty shopping centre was actually ‘a little creepy.’

In the videos, Claire walks through a deserted promenade area of the mall and an empty long corridor… and viewers were getting serious horror movie vibes. helped by the fact that Claire added spooky music to her clips.

The Airbnb in question was part of a building above the mall, Claire clarified in a following clip. And, sensibly, she wouldn’t out the exact link to the property until after she and her friend had left.

Confusingly though, in another video the mall doesn’t look abandoned as Claire spotted a café that was open in the middle of the mall and there were some people sitting outside and buying drinks.

Some people on TikTok thought the apartment must be located in Florida, and speculated in the comments that the mall was located in a building that has a series of apartments and rooms above it that were still active.

Other people in the comments were too busy getting excited about the spooky possibilities of what was really going on with the abandoned mall.

Other comments ranged from joking about the creepy discovery to providing further information about the building.

‘I JUST READ UP ON THIS PLACE AND IT USED TO BE AN OLD WWII HOSPITAL BEFORE IT WAS A MALL. A lot of spirits,’ said one enthusiastic commentor.

‘What in the shining is that hall,’ asked another.

Claire might think twice before booking that particular listing again.