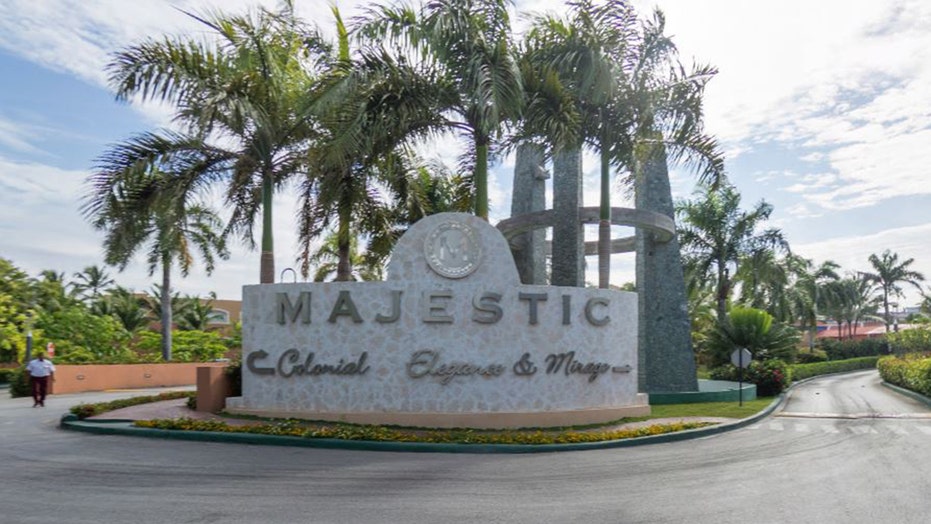 Fox News Flash top headlines for May 30 are here. Check out what’s clicking on Foxnews.com

A Delaware woman is speaking out about a terrifying and tragic incident she claimed happened while vacationing at an all-inclusive resort in the Dominican Republic.

Tammy Lawrence-Daley was staying at the Majestic Elegance resort in Punta Cana with her husband and two friends when she says an employee attacked her, beat her and left her for dead on the resort’s property.

Lawrence-Daley wrote about the violent ordeal, which allegedly occurred at the end of January 2019, on her Facebook page, stating that she needed time to process what happened before sharing her story with people outside of the police.

“How do you explain to your kids you were almost killed by some random stranger and that ‘Mommy is coming home, but I don’t look like myself’?” Lawrence-Daley begins her post before recounting the “hell” that she suffered.

“Now that I’ve had some time to heal, it’s time to tell my story, in the hopes that women will be more aware, and hopefully prevent what happened to me. I also want people to understand that the resorts will claim NO liability or responsibility and you will have no recourse for any reimbursement of expenses,” she continues.

Lawrence-Daley arrived at the resort on a Monday night with her friends and husband. On Tuesday, the group spent the day at the beach before heading out for a theater show about '80s music, she wrote.

“The show ended somewhere around 10:30 pm and we went back to our rooms. I had worked up an appetite dancing so I called down to room service. I received a ‘busy’ message so I tried calling again. At that time I got a message that they were no longer serving (I can’t remember the exact message),” she wrote. 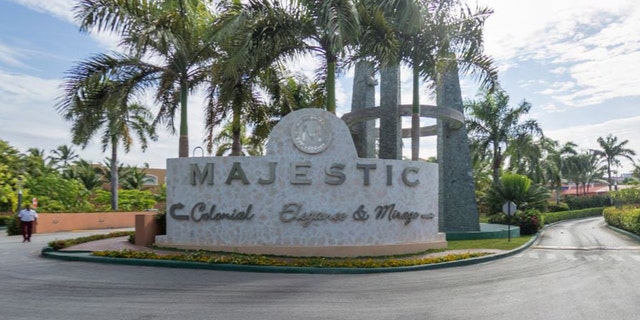 Tammy Lawrence-Daley was staying at the Majestic Elegance resort in Punta Cana with her husband and two friends when she says an employee attacked her, beat her and left her for dead on the resort’s property. The resort has allegedly refused to claim any responsibility for the attack and has not responded to comment requests.
(Google Maps)

Lawrence-Daley writes that she told her husband she was going to go downstairs to the lounge in their building for a snack and that she would return “in 5 minutes.”

“As I went through the rotunda between buildings, I noticed there wasn’t anyone in the hallway. Not majorly odd, but still eerily quiet. I took about 10 or so steps just swinging my wristlet back and forth, not a care in the world. That's when I heard it. Heavy footsteps… one, two, three, four, then they sped up, and then before I could react I was plowed into from behind and immediately immobilized. His arms wrapped around me and he started pulling me immediately into an unlocked maintenance room…” she wrote.

The woman did not go into “gory details” of the assault, but claims that she was tortured for eight hours by a man who was wearing a uniform with the resort logo.

“I was strangled multiple times to unconsciousness. My lifeless body was drug down concrete stairs to an underground waste water area. I was kicked in the head, I was beaten with a club. And then strangled again for the kill; at which time he disposed of my body into an area I refer to as the ‘hole.' I was unconscious multiple times during this savage attack, so I have no idea what else was done to me during that time,” she wrote.

Lawrence-Daley did not immediately respond to a request for comment from Fox News. Though in an interview with People, Lawrence-Daley said that after she was left for dead, she tried to find a way out, but her eyes were swollen shut and she could not see. The front desk also refused to send a search party out until her husband and friends had gone to them “at least 3 times” to ask for help, as the employees insisted to the group she was likely drunk and passed out somewhere.

Despite the search, Lawrence-Daley was not rescued until eight hours later when she heard footsteps above the crawl space she was stashed in, and managed to call out for help. She said her survival instincts kicked in at that point.

“I spent 5 days in the medical clinic (an offsite hospital) and had surgery to repair my injuries. I am still dealing with several issues, including nerve damage, as well as, all of the medical expenses since being home,” she shared before alleging that Majestic Elegance will claim “no responsibility for the attack” since she did not know the attacker’s face. To People, Lawrence-Daley shared that she is also dealing with anxiety and other mental problems related to the attack.

Woman starts petition against TripAdvisor, demanding policy change after she was raped by a tour guide from the site

A woman starts a petition to change how TripAdvisor handles sexual assault. The anonymous woman claims she was raped by a tour guide that she had found on TripAdvisor while on an international trip.

Lawrence-Daley claimed police “police did find evidence of the blood smeared mop handle and a maintenance hat in the area I was found,” but that she was told this means nothing and no one will be prosecuted for the crime.

The woman who miraculously survived the violent attack is hoping her story will keep other women safe from harm, warning them to not walk alone and noting that her attacker “is still out there.”

“These attacks are happening too frequently and the criminals are NOT being prosecuted even though evidence is found,” she wrote.

Majestic Elegance reportedly did not reimburse the couples’ vacation costs, or compensation for medical bills.