THE world’s first 'floating' sky pool with a glass bottom and views from 115ft above the streets of London is opening next month.

The pool, located between two blocks of luxury flats in Nine Elms, will be for the brave only with uninterrupted views from the 10th floor, 115ft in the air. 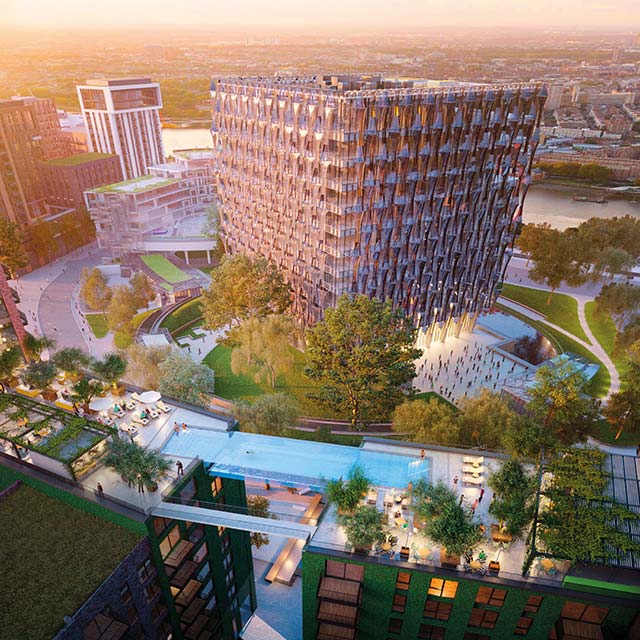 The 82ft pool will hold 400 tons of water, and also have the best views of the billion-dollar US Embassy as well as the House of Parliament and the London Eye.

A ceremony for the opening of the pool on May 17 will see TV host Roman Kemp live stream the event, which will feature a performance from synchronised swimming team Aquabatix.

The pool was shipped 5,000 miles from Colorado, and is connected to each building using technology that allows it to move as the buildings settle as well as adapting for wind sway.

Flats at The Embassy Gardens development start at £600,000, and rise to £5 million for the penthouse suite.

If you are lucky enough to live there, a rooftop bar and spa is also part of the attraction.

According to the website, the concept was first thought up in 2013. 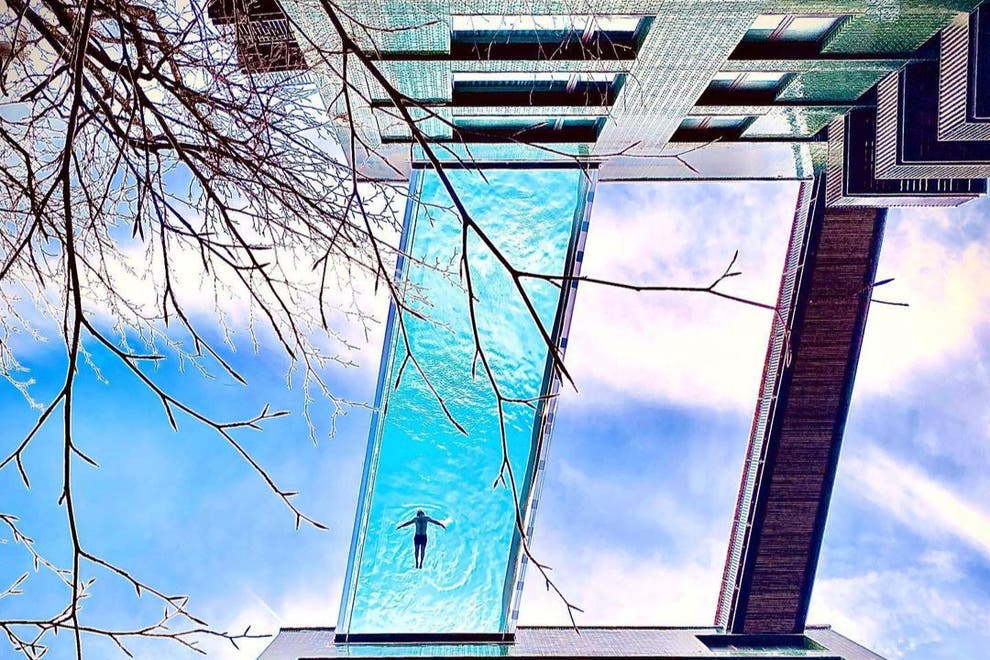 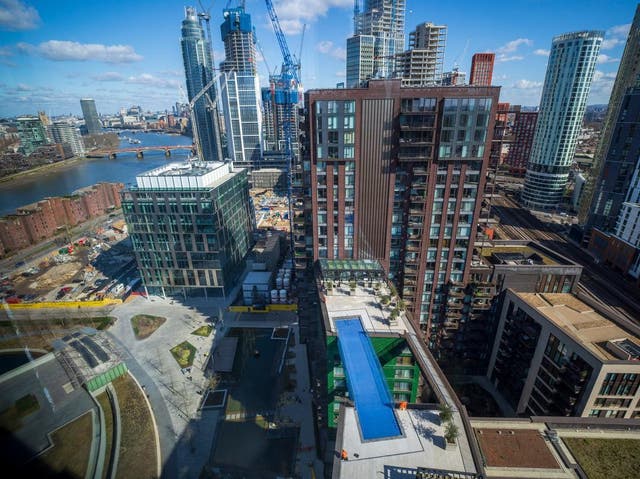 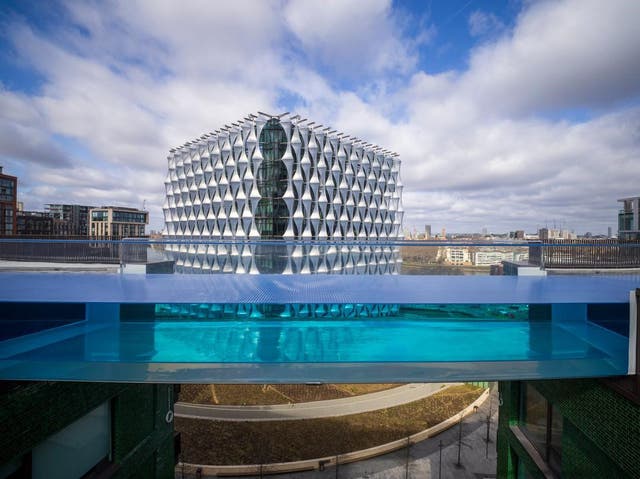 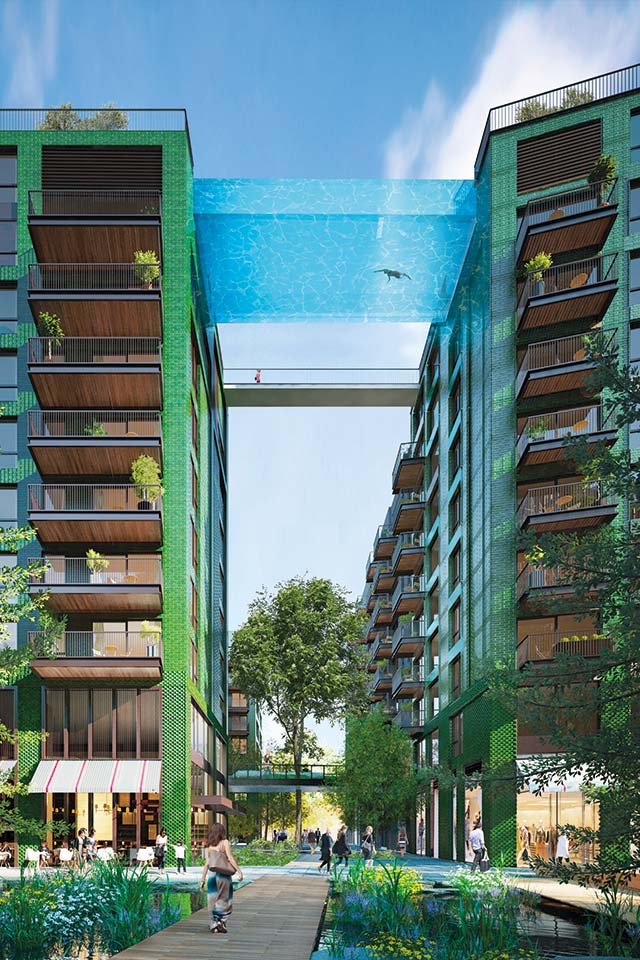 Developer Ecoworld Ballymore's CEO Sean Mulryan previously saying said: “It was an idea that really stood out and that we thought was quite special.

"We didn’t know if it was possible at the time and five years ago it wouldn’t have been. It’s only because of advances in technology that we’re able to do this."

"Once installed, the 25-metre long acrylic pool will allow members of the development’s exclusive Eg:le Club to glide between buildings 35 metres up in the sky."

Brian Eckersley Director of Eckersley O’Callaghan, Sky Pool structural engineers: "Once you swim off, you can look right down. It will be like flying."

In 2019, new designs revealed a rooftop infinity swimming pool with a 360-degree view for a London skyscraper, with four glass walls.

The highest infinity pool in the world opened in Dubai last month, with views from 965ft.

We've also rounded up the best UK hotels which have outdoor pools to make the most of the upcoming heatwave.

Or, when the weather is a bit colder the holiday parks with the best indoor swimming pools.